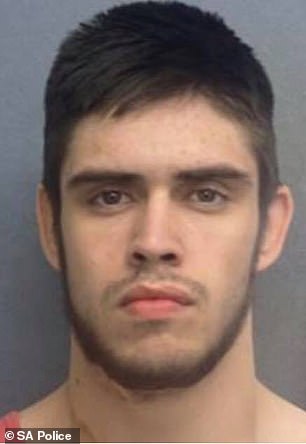 Horrifying footage shows the moment an ice addict stabbed a man while he was fleeing the scene of a botched robbery.

He enters the venue and pushes aside a security guard before running through the gaming area and behind the bar.

But his attempt to take off with the pub's earnings was foiled by the patrons, including one who threw a bar stool at him.

As Morrison flees the scene he stabs a man entering the venue before taking off.

Security chases him through the pub car park but he manages to escape before getting into a nearby taxi.