The tributes flowed freely on Wednesday for Graham Cowdrey after his death at the age of 56.

They spoke of his warmth, wit and generosity of spirit as well as his passion for cricket, the sport in his blood. He was a much-loved player, an attacking batsman who scored more than 14,000 runs in 450 first-class appearances across 14 years at Kent from 1984.

He was also wonderful company. Quick with a joke or an anecdote from his days in the dressing room, often at his own expense, such as the time paceman Michael Holding removed his teeth with a bouncer or his enduring struggles against leg spin. 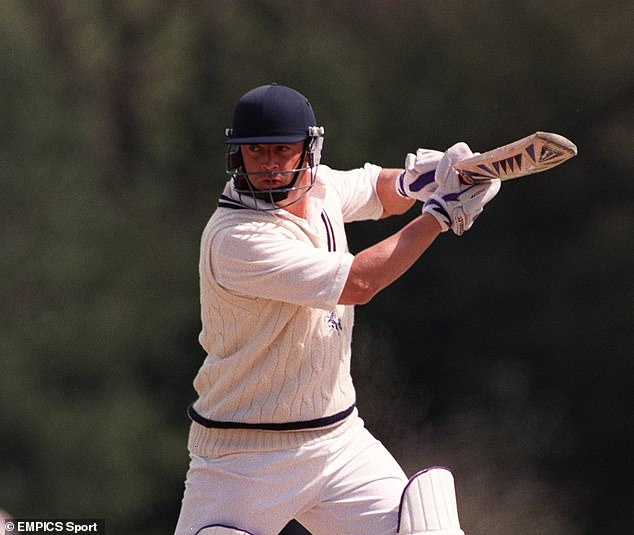 His brother Chris, who captained England, wrote this heart-warming message on social media

Former Kent captain Matthew Fleming said: ‘I am numb with shock and sadness that the brilliant, generous, funny and complex friend who lit up so many cricket grounds has slipped away.’

Cowdrey hailed from a famous cricketing dynasty. His father Sir Colin, later Lord Cowdrey, who died at the age of 67 in December 2000, was one of the England greats — the first to play in 100 Tests, a former captain and a batsman of rare elegance and style. Brother Chris, the eldest of four children, captained England, too, and Chris’s son Fabian became the third generation of the family to represent Kent.

‘A sad day losing my brother Graham,’ Chris posted on social media on Wednesday. ‘There will be one short at every Van Morrison concert from now on! At least he died peacefully.’ 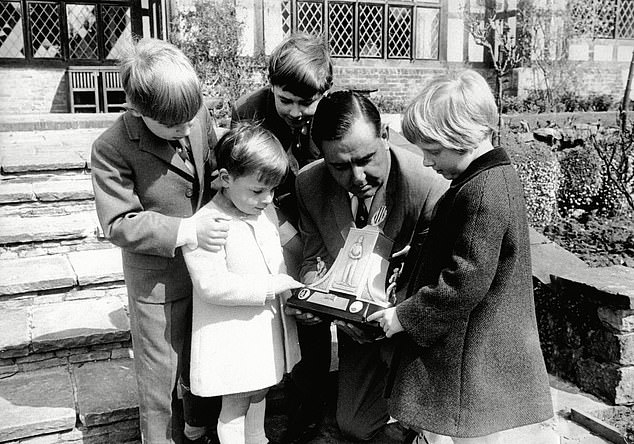 Graham was friends with Rory Bremner, in fact he was best man at his wedding. ‘There’s a great sadness but even yesterday my mind was full of memories of how funny he was,’ the entertainer said. ‘He had this way of making you feel good about yourself. He was so self-deprecating, so modest.’

In 1993, Graham married successful amateur jockey Maxine Juster, who became assistant to celebrated racehorse trainer Lady Herries, the second wife of Lord Cowdrey. Graham’s connections to the racing world meant he was renowned for his racing knowledge, as he was for his love of Van Morrison’s music.

He would accompany Warwickshire and England fast bowler Bob Willis to see his idol Bob Dylan in concert on the understanding that Willis would return the favour when Van Morrison was performing nearby.

A statement released by Kent CCC as they reported his death on Wednesday said: ‘Graham will be remembered for the way he played the game, his vibrant personality at the wicket or in the field, with his sense of fun as clear as his competitive

PREV Lifeguards spot more than 50 sharks swimming in the water near the shore at a ...
NEXT Texts North Queensland Cowboys star sent club staffer after having sex with her ...