On January 13, 2018, Kathleen Dawn 'Kat' West, 42, was found partially nude by a passing motorist around 5am outside the couple's Calera home.

Her husband Jeffrey West was charged with her murder, accused of using a bottle of Lucid Absinthe to hit her in the head several times.

Prosecutors said Tuesday during opening statements in Shelby County Court that he and his wife had argued several times before her death.

Meanwhile, his attorney John Charles Robbins argued Kat was drunk and fell and hit her head the night she died. 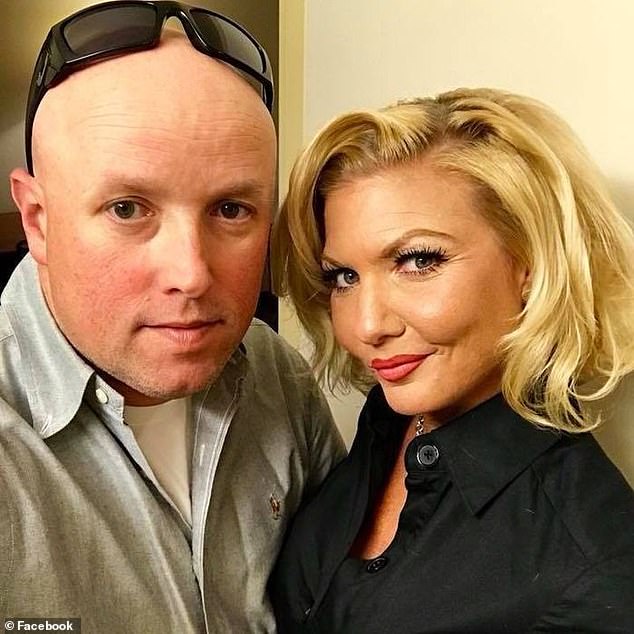 Jeffrey was charged with her death and accused of using a bottle of liquor to kill her by hitting her in the head.  His defense attorney argued  Tuesday that Kat was drunk and fell and hit her head that night. Jeffrey pictured above in orange jumpsuit

Robbins argued that the cause of Kat’s death was blunt force trauma based on an autopsy report, as the report didn’t say how it happened and did not rule out falling.

He also argued that Kat had a blood alcohol content of at least .23, three times the legal limit, at the time of her death.

'We are very confident when you hear all the evidence in the case, you will come to the conclusion there’s no murder here,' he said. 'There’s no killing. Jeff is not guilty.'

Prosecutor Daniel McBrayer argued that Jeff murdered his wife and hit her on the head with the glass bottle.

On Tuesday the jury, consisting of nine women, three men and one alternate, heard the first day of testimony in the case.

A young woman who called 911 to report discovering the lifeless body of Kat told the dispatcher she could see a man inside the victim’s house repeatedly pacing back and forth in the front of the window, the jury heard. 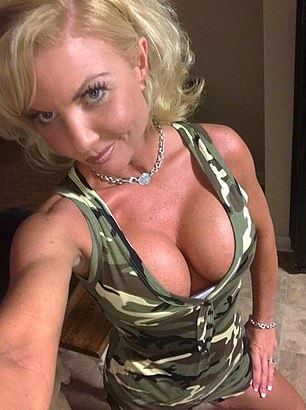 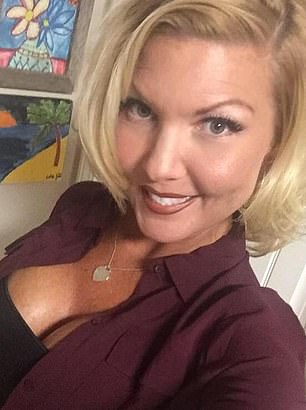