He is a top fashion designer who has now become only the second Scottish author to win the Booker Prize, picking up a £50,000 prize for his debut novel Shuggie Bain.

But Douglas Stuart had a tough upbringing in Glasgow which saw him bullied for being gay and living with an alcoholic single mother who died when he was 16.

Parallels have been drawn between his book which follows the heart-wrenching story of a young boy being brought up by an alcoholic mother in the same city, and learning about his homosexuality in a society filled with working-class men.

Stuart, 44, has insisted Shuggie Bain is 'definitely a work of fiction', but also admitted that he is 'the queer son of a single mother who lost her battle to addiction'.

He has been unwillingly to reveal his mother's name in interviews to protect her memory, but was her carer from the age of just eight and looked after their house.

In addition, Stuart owes much to the colourful life of Scottish football's playboy Frank McAvennie, with the former Celtic, West Ham United and Scotland striker being the unlikely source for a character - and family - in his hit novel. 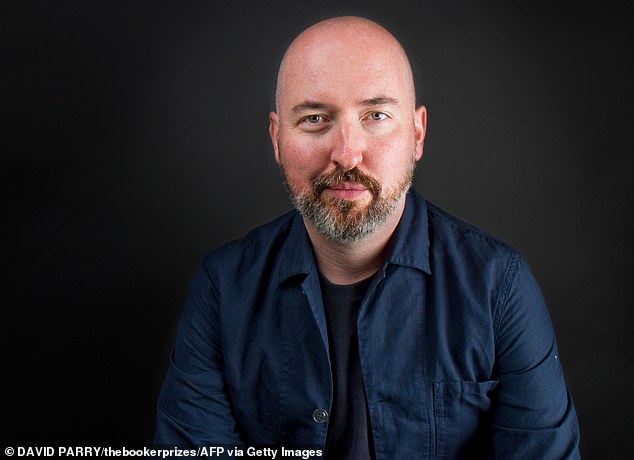 Author Douglas Stuart in a portrait photograph for the Booker Prize, which he won last night 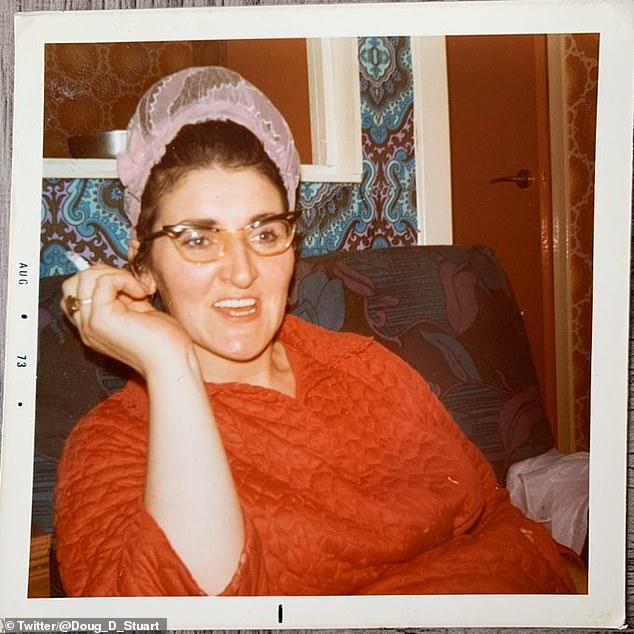 Stuart has been unwillingly to reveal the name of his mother (pictured) in interviews to protect her memory, but in July he tweeted this photograph of her dating back to August 1973 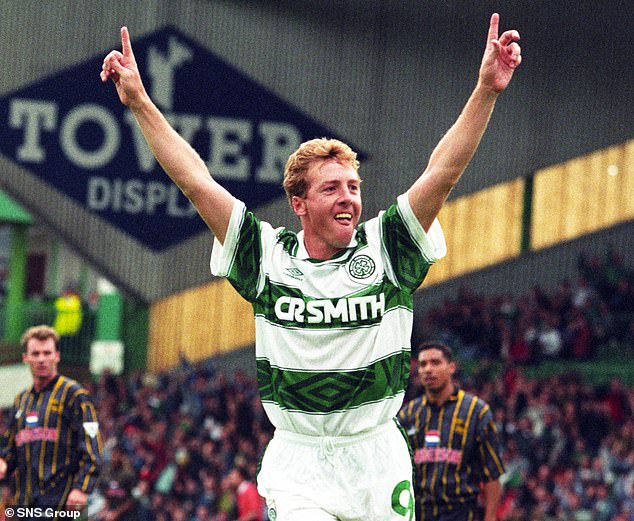 'My mother unfortunately suffered from addiction and didn't survive that addiction. And so for 30 years I've carried an awful lot of sort of loss and love and pain. 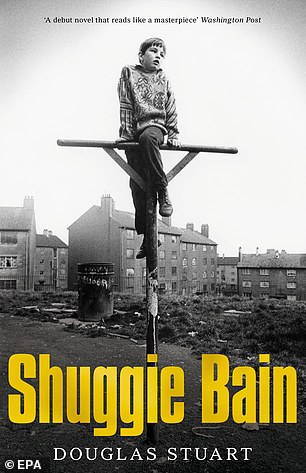 Shuggie Bain is a book by Douglas Stuart and won him the £50,000 Booker Prize yesterday

'And I wanted really just to tell the story of what it was like to grow up queer in Glasgow, to grow up with a parent who you love but you couldn't save.'

Speaking about his upbringing in Glasgow's east end after being born in the deprived Sighthill estate, Stuart told The Herald Magazine in August that he was raised on benefits.

He said: 'Working class is a stretch, because I never knew my single mother to work.' Stuart added that he was bullied every day from the age of seven to 14 because he was seen as different – and also suffered homophobic violence.

Stuart said: 'Alcohol was always a factor in my childhood and even if my mother was in a period of sobriety there was always an unpredictability to how long that would last and when it would lapse.

His mother died when he was 16, and he worked four nights a week at Texas Homebase and all-day Saturday and Sunday, 'just to get through high school'. 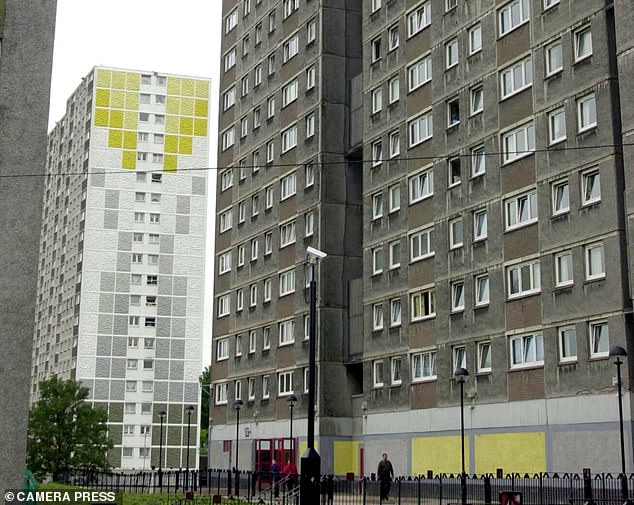 Stuart had a tough upbringing on the Sighthill estate in Glasgow's east end, pictured in 2001 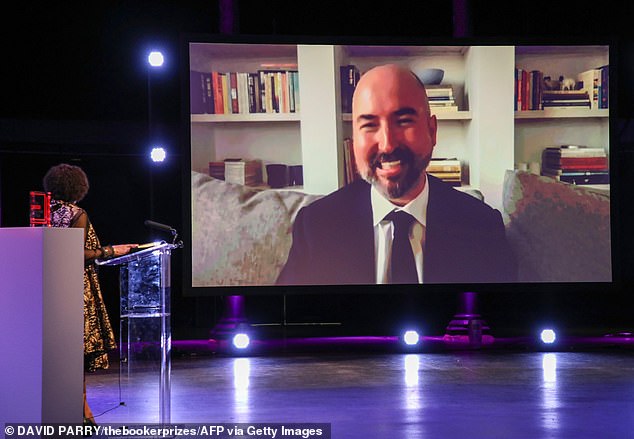 But his life took an upturn aged 18 when he left Glasgow to study textiles in Galashiels and went onto the Royal College of Art in London where he got a job with Calvin Klein in New York thanks to his degree show.

'The Billy Elliot-ish character of Shuggie, leaps off the page': A critic's view

In truth, the young Shuggie Bain occupies less space in this doorstopper debut than his Ma, the magnificently rendered Agnes.

With her high heels, mink coat and stunning, porcelain-dentured smile, she could be a 1980s Glaswegian Liz Taylor, but the glamour is a sham.

Having married an abusive, endlessly philandering taxi driver, she sinks her days into cans of Special Brew, leaving the sensitive Shuggie to fend for himself as he begins to intuit his homosexuality.

This is a panoramic portrait of both a family and a place, and Douglas Stuart steeps us fully in the grim decline of the Thatcher years: cheap booze, closed pits and lives lived on tick.

The rollercoaster misery of Agnes's alcoholism can be gruelling, and at more than 400 pages, this novel is longer than it needs to be.

But it is also tender and unsentimental – a rare trick – and the Billy Elliot-ish character of Shuggie, when he does take the floor, leaps off the page.

This review, by Stephanie Cross, first appeared in the Scottish Daily Mail on July 31

In the book Shuggie Bain, there is a family named McAvennie – including a member named Francis – inspired by conversations Stuart heard growing up in Pollok in the 1980s.

The author now lives in New York with his husband after becoming a leading fashion designer, working around the globe with major brands also including Gap.

Yet when Stuart came to write his novel, McAvennie – famous for his champagne lifestyle – proved an unlikely inspiration.

Speaking ahead of last night's award, the author said: 'Frank McAvennie was such a big part of my childhood, because it was a name I always heard.'

He added: 'Frank McAvennie was a name the boys at school always talked about, but really the only thing I know about Frank McAvennie is he had frosted tips.

'I know more about his hair than I do about his football. And the Francis McAvennie in the book is a totally fictitious character.'

Stuart was awarded the prestigious award for Shuggie Bain in a 'unanimous' and 'fairly quick' decision from the judging panel.

The 44-year-old is only the second Scottish author to win the award, 26 years after James Kelman for How Late It Was, How Late.

Stuart owes much to former Celtic, West Ham United and Scotland striker McAvennie, the unlikely source for a character – and family – in his hit novel.

While this year's shortlist was praised as the most diverse yet – four of the six nominated authors were non-white – the predominance of US writers over British talent drew some criticism.

But head judge Margaret Busby insisted the decision to pick Shuggie Bain was not a bid to assuage the critics. She said: 'We were rewarding the book – we were not trying to tick boxes.'

Miss Busby said that she knew she would get 'pushback' whoever they chose.

After last year's controversial decision to give the prize jointly to Margaret Atwood and Bernardine Evaristo, Miss Busby said there was no such deliberation this year. 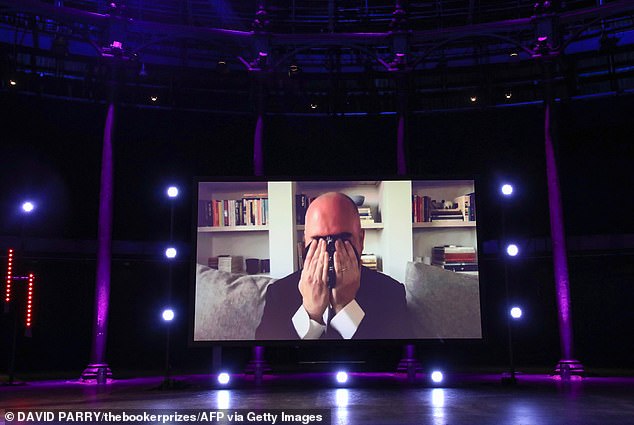 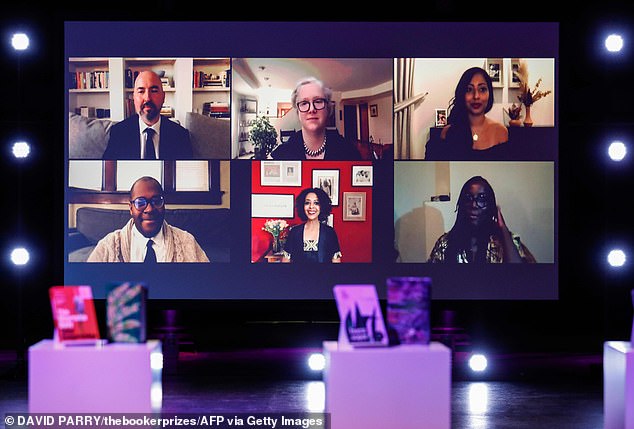 PREV Portland businesses are vandalized and monuments are defaced in four US cities ...
NEXT Italy loosens COVID restrictions in five regions, including Lombardy