By Levi Parsons and Kylie Stevens For Daily Mail Australia

The security guard who was filmed choking a teenager unconscious and then dragging his motionless body outside has been sacked.

Footage emerged of the shocking moment the young patron was placed in a headlock, thrown to the ground and manhandled out by the bouncer.

Police are now investigating the alleged incident which occurred in front of stunned patrons at the Dorset Gardens Hotel in Croydon in the city's east on November 14.

The viral video shows a masked security guard placing his arms around the patron's neck from behind while two colleagues watch on nearby.

The 18-year-old appears to pass out and and is thrown to the ground head first as a group of women sitting at a table in the nearby bar area watch on in horror. 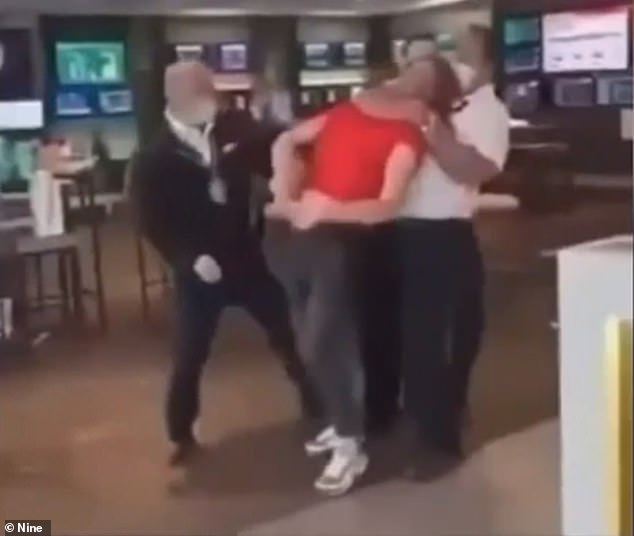 Hotel management initially admitted the incident 'should have been handled better', but would not specify whether the security guard would still be working at the hotel.

Today the pub caved to public pressure after an ugly online backlash and revealed the bouncer has been fired after working at the venue for more than a decade.