Vladimir Putin reportedly has a secret teenager daughter whose mother is a housekeeper-turned-millionaire, according to a Russian investigative site.

She is reported to be Yelizaveta Vladimirovna, a 17-year-old born of a years-long affair between Putin her mother Svetlana Krivonogikh.

Sources who spoke to investigative site Proekt said Putin and Svetlana began their affair in the late Nineties, while she was a cleaner and he was the married head of the FSB, before splitting up sometime in the early 2000s, after Yelizaveta was born.

Putin, who is notoriously tight-lipped about his family, offered no reaction to the report and Kremlin spokesman Dmitry Peskov denied all knowledge of Svetlana or her daughter.

Vladimir Putin reportedly has a secret teenager daughter with cleaner-turned-millionaire Svetlana Krivonogikh, who he reportedly had an affair with starting in the late Nineties

Information gathered by Proekt suggests Svetlana was born in St Petersburg in 1975, growing up in a modest apartment amid neighbours with links to organised crime.

During the late 90s she worked as a cleaning lady at store close to her family home while studying at the University of Economics and Finance in the Department of International Economic Relations.

In 2000 she received her diploma, and soon after moved out of the apartment and into her new residence on the Kamenny Islands with her mother.

Apartments on the island are not for general sale and are occupied solely by those close to Putin, the site reports.

Around the same time she is thought to have come into ownership of valuable stock options, with no benefactor listed on public records. 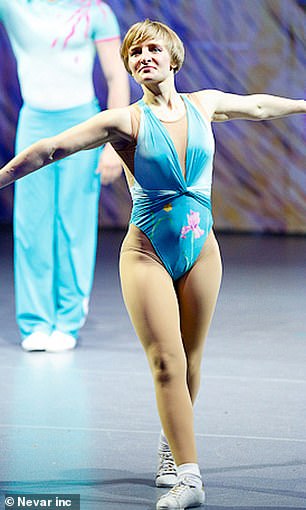 Putin is thought to have two daughters by his ex-wife, including dancer-turned-political appointee Katerina Tikhonova

However, one of her biggest stock