Americans awoke on Thursday to celebrate a Thanksgiving Day transformed by the coronavirus pandemic, with abandoned New York City streets surrounding what would have been the 94th annual Macy's parade.

The iconic parade, usually watched in person by hundreds of thousands of New Yorkers lining the streets of Manhattan and by Americans nationwide on their television screens, is this year limited to a television-only event due to the pandemic.

This year's parade has been taped over the course of three days to be aired on NBC and Telemundo Thursday morning in an attempt to keep people at home as a result of rising coronavirus cases.

'That's so that we can keep everybody at home safe,' said Susan Tercero, executive producer of the parade, which NBC will air on Thursday from 9 a.m.-noon in all U.S. time zones.

'This year, more than ever, it's really important that we still have something for everybody to tune into on Thanksgiving morning.'

NYPD guarded the area on a rainy Thanksgiving morning as the third day of filming began, with quiet streets surrounding the performers where excited crowds usually gather from far and wide. 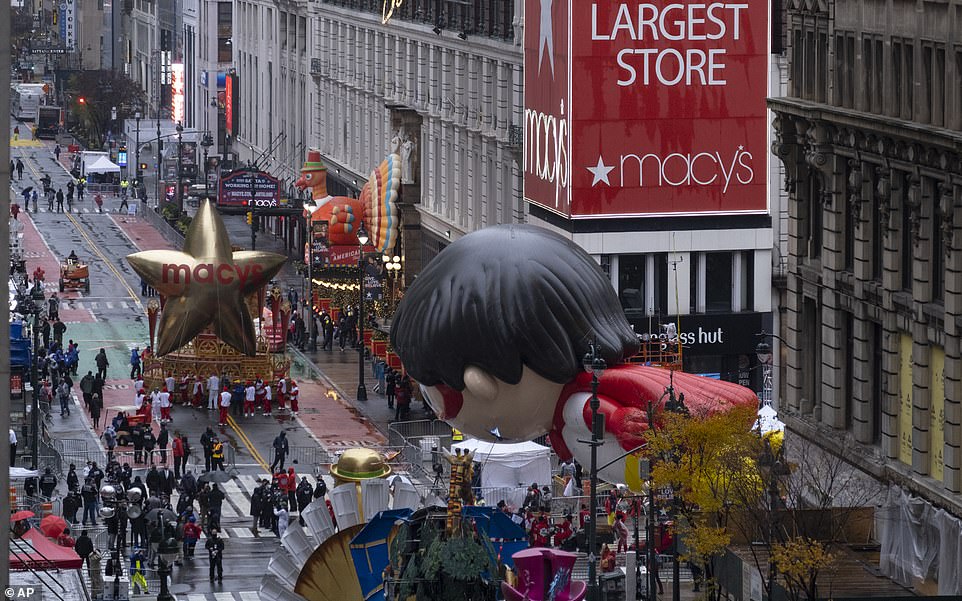 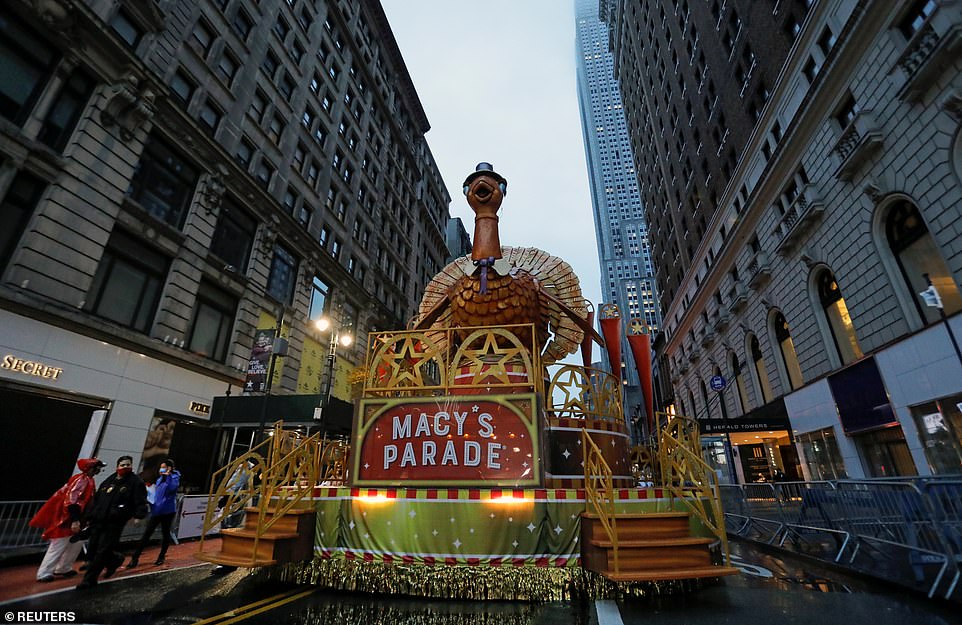 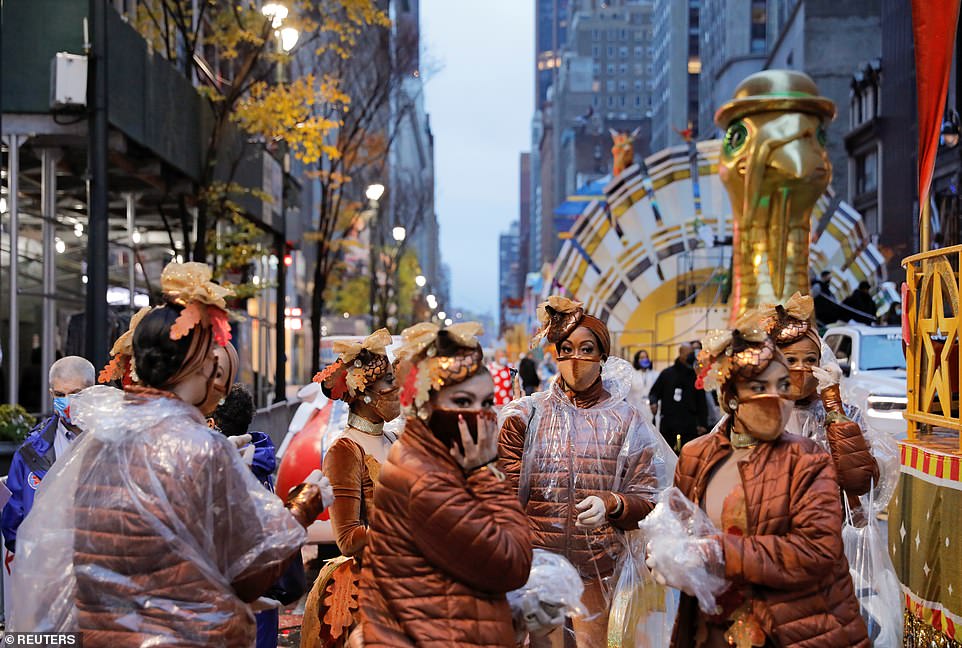 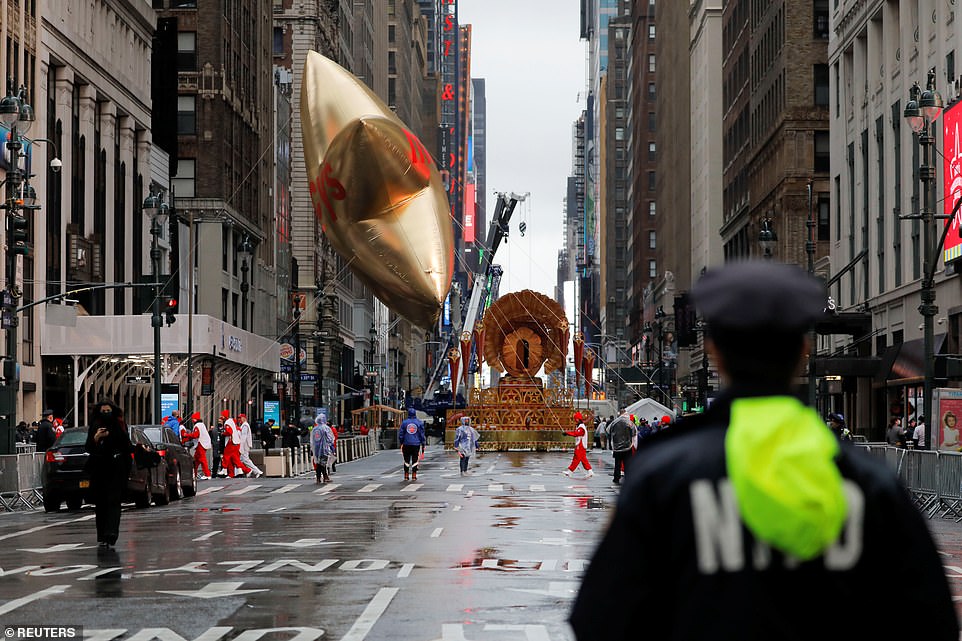 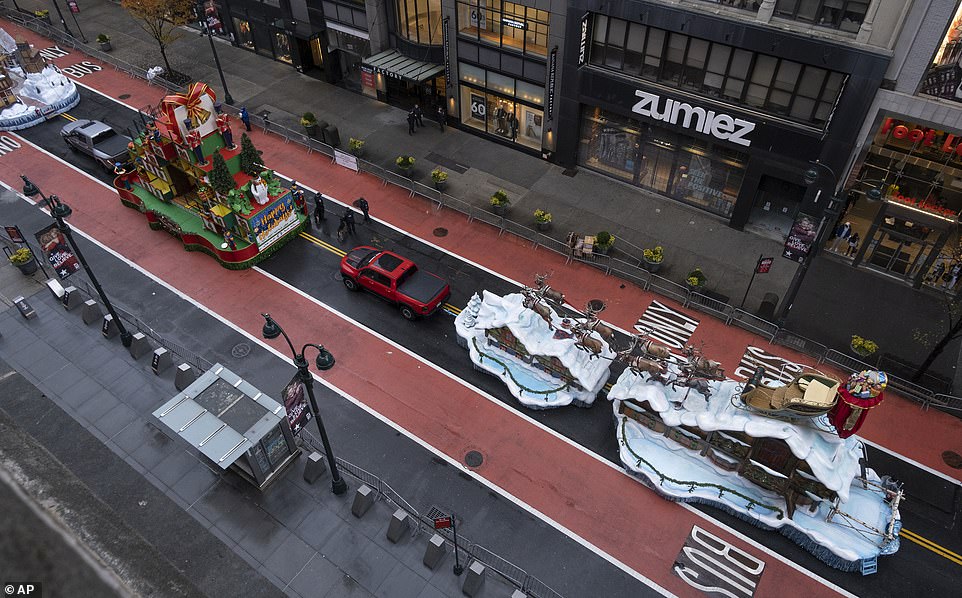 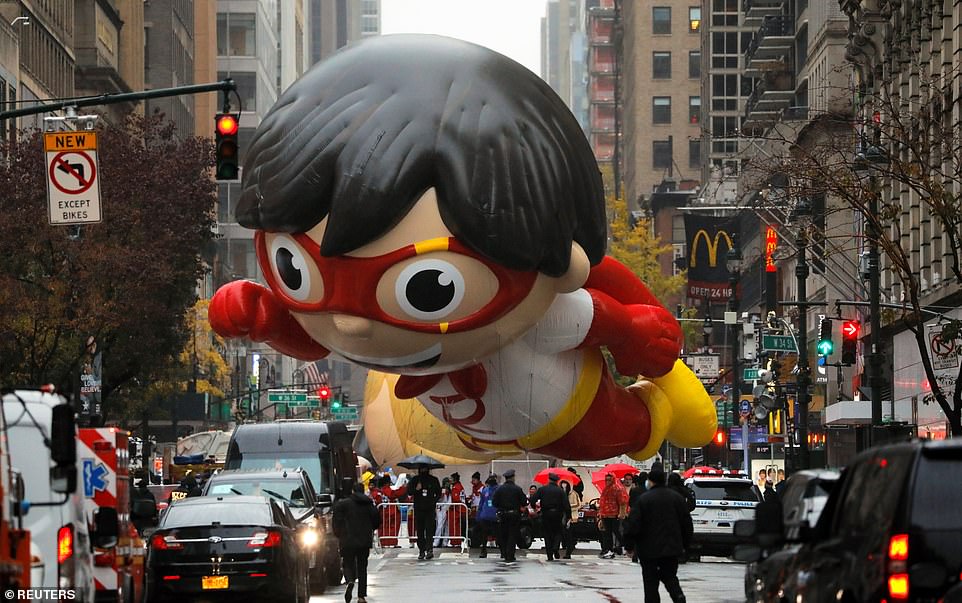 A new balloon of Red Titan, a character from 'Ryan's World', featured in the third day of filming 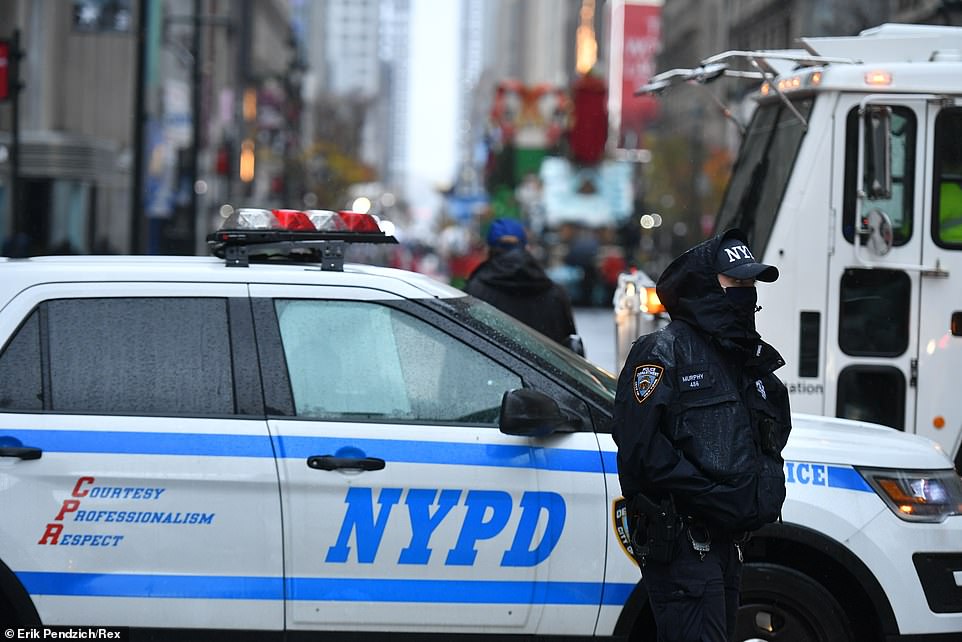 Organizers of New York City's annual parade vowed that the show must still go on this year, planning the scaled-back, safe version of this year's event.

In a normal year, the celebration takes between 8,000 and 10,000 people - from marching bands to float handlers to dancers - to stage the parade, which runs from West 77th Street and Central Park West to 34th Street and Broadway in Manhattan.

But this year just 960 performers and staffers are involved in the parade, a reduction of 86 percent.

As well as no in-person viewing of the parade, the parade route has been slashed from its usual 2.5-mile route to just a one-block area encompassing West 34th Street between Sixth and Seventh Avenues.

The NYPD has positioned officers and shuttered surrounding streets to prevent crowds gathering to try and catch a peek as performers prepped for the show that will run until noon. 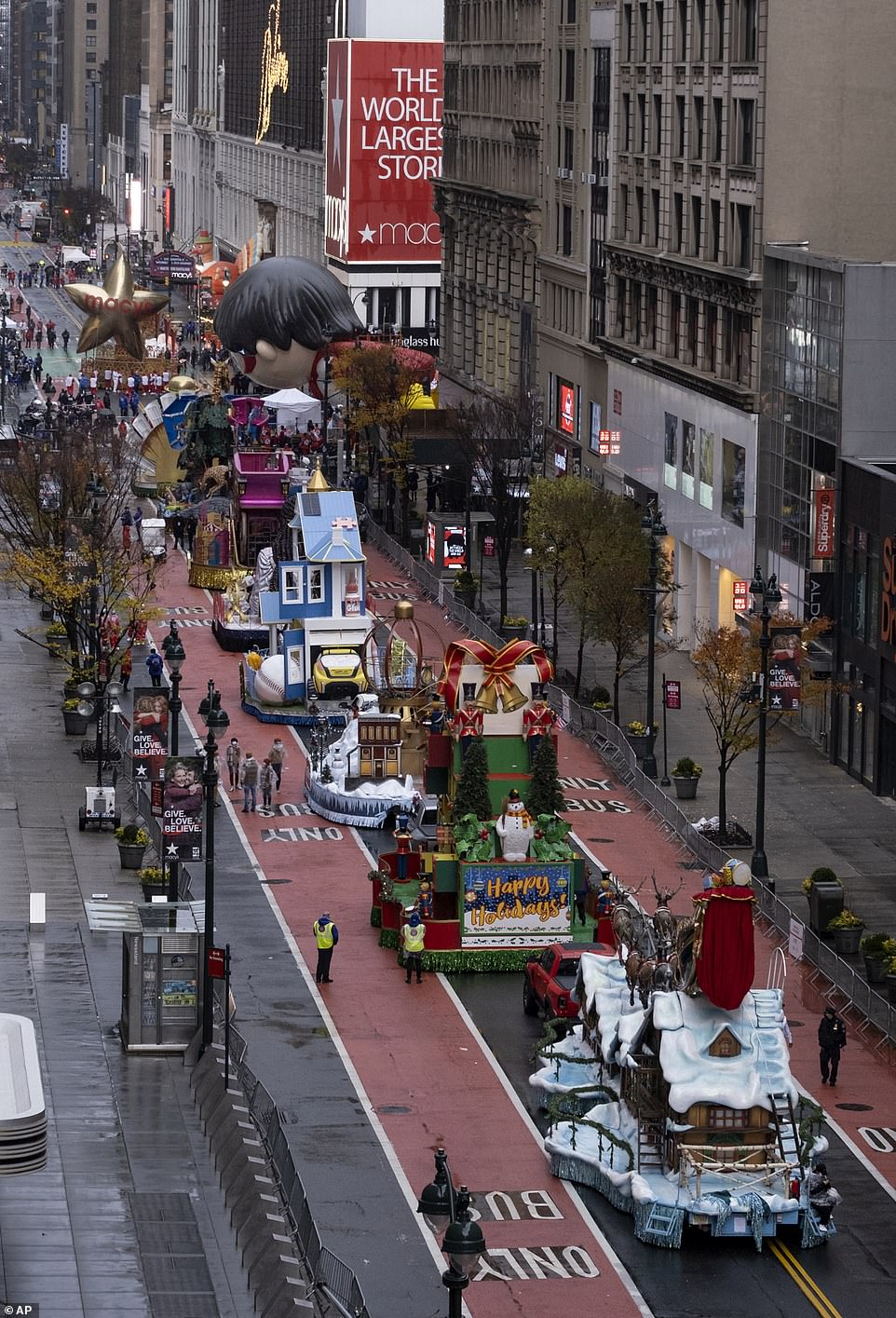 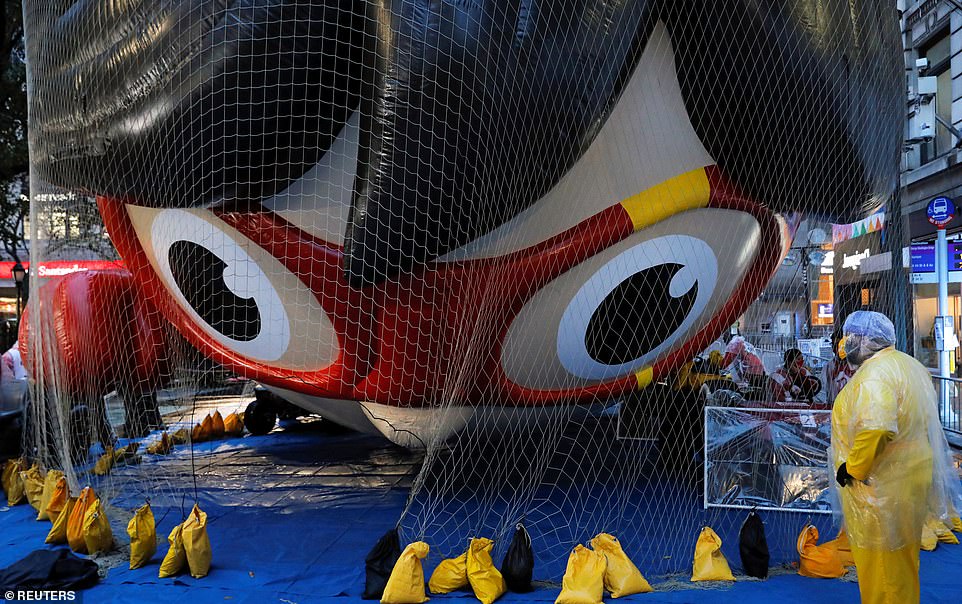 A balloon depicting Red Titan, a character from 'Ryan's World', is seen ahead of the 94th Macy's Thanksgiving Day Parade 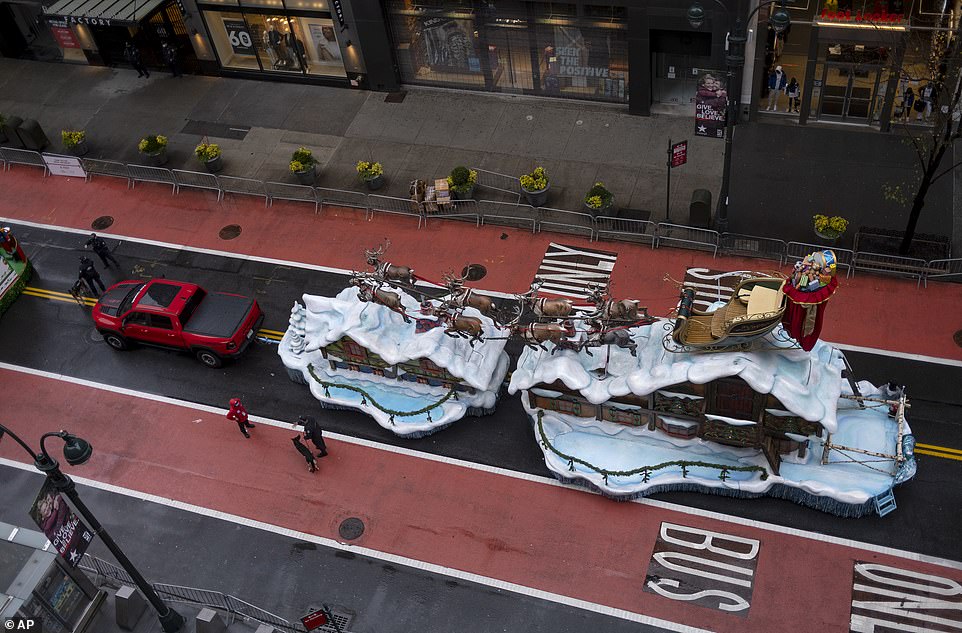 Santa's sleigh will still finish up the parade, as is tradition, despite the lack of spectators 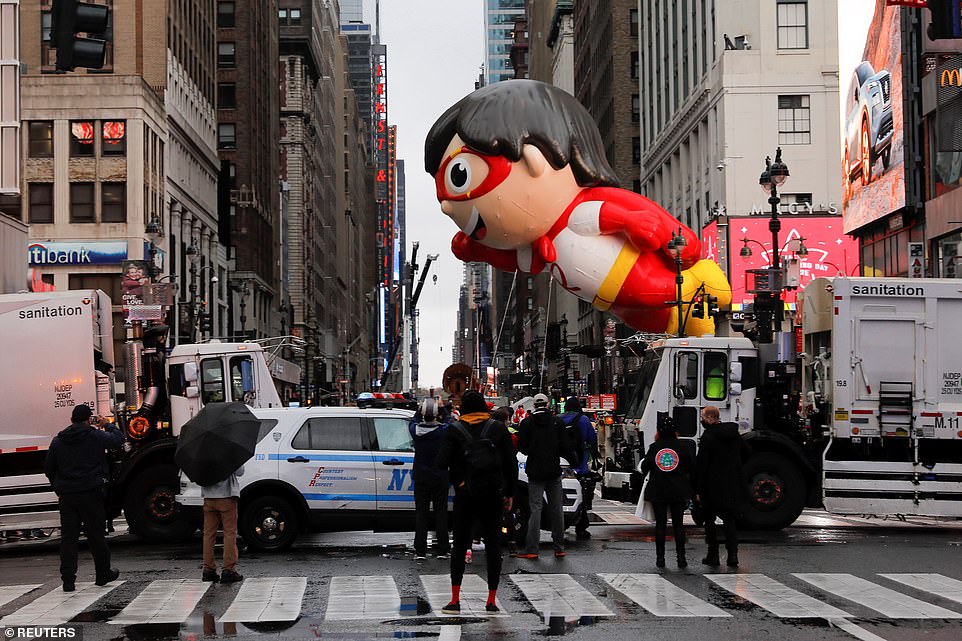 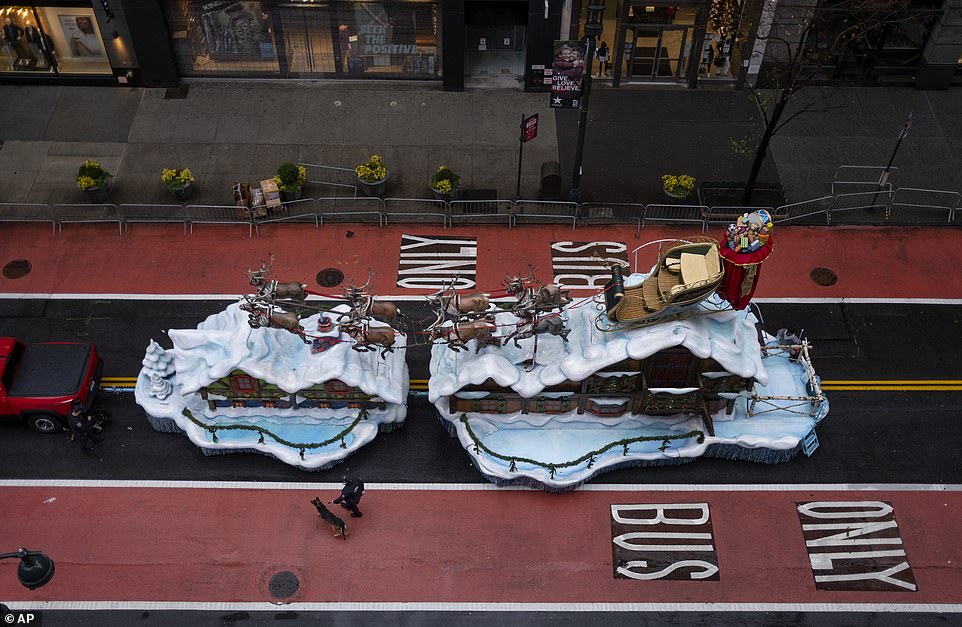 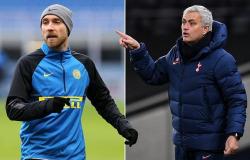