Teenager who left a boy, five, in a coma after his 'wheel flew off while he was doing a burnout' is granted bail despite cops saying he showed 'no remorse' after crash A five-year-old boy is in a critical condition after 'being struck by a car wheel' Blue Ford Falcon was at a red light in Caboolture, QLD about 4.30pm Wednesday Police allege Blake Davey-Jennings, 18, performed a burnout at the traffic lights The rear passenger wheel then allegedly flung off and hit the boy in the head  He was granted bail in court on Friday - matter adjourned until January 2021

By Tita Smith and Levi Parsons For Daily Mail Australia

A teenager who allegedly left a five-year-old boy fighting for life after his car wheel allegedly flew off and struck the child in the head during a burnout has been granted bail.

Blake Davey-Jennings, 18, allegedly spun the tyres of a blue Ford Falcon ute when the light turned green at the King Street and Morayfield Road intersection in Caboolture, Queensland, about 4.30pm on Wednesday.

The boy, who had been walking on a footpath with his father and brother outside a shopping centre, was rushed to Brisbane Children's Hospital in a critical condition with internal injuries after the wheel hit him. 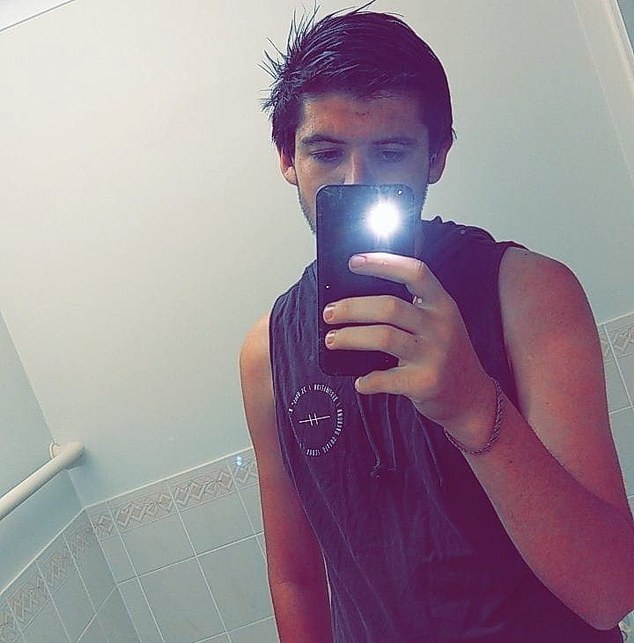 Blake Davey-Jennings (pictured), 18, was granted bail on Friday after allegedly performing a burnout that left a five-year-old boy fighting for life