Australians have been warned to check on vulnerable friends and family this weekend as parts of the country swelter through temperatures as high as 50C.

Bureau of Meteorology forecaster Jonathan How said the heatwave will 'impact millions of people and create dangerous fire weather conditions for multiple states'.

Fire weather warnings have been now been issued for NSW, Victoria, SA and WA. 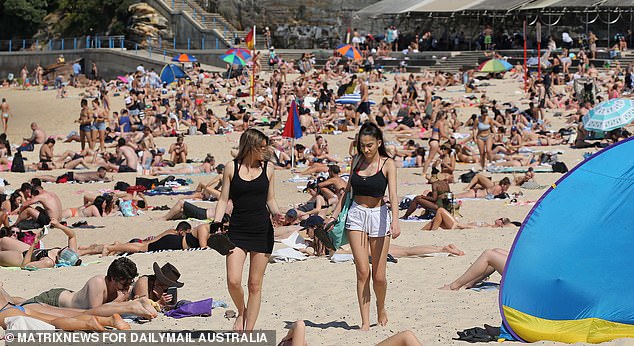 Sydney will reach a maximum of 39 degrees on Saturday, making it the hottest capital city in the country - with a 'very high' fire danger warning in place.

The 39-degree maximum will continue on Sunday as a low pressure system brings the muggy weather across from South Australia through NSW to the east coast.

'On Saturday, temperatures will climb to 47 degrees through inland South Australia and above 40 degrees along the Murray but Southern Victoria will be spared the worst of it,' Mr How said.

'A gusty cool change will extend east through the day, hitting the high 30s through Sydney and western Brisbane on Sunday.'

Adelaide will reach a maximum of 37 degrees on Saturday with locals advised to 'slip slop slap' as there will be an extreme UV index of 11.

SA towns such as Coober Pedy, Port Augusta, Roxby Downs, Moomba and Renmark will all reach maximums of 47 degrees on Saturday.

Inland NSW towns Broken Hill, Mildura, Ivanhoe and Wicannia will see temperatures in the low to mid 40s on Saturday before the weather 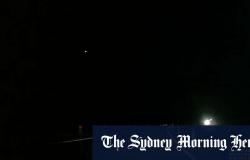