By Elliot Mulligan For The Daily Mail

They say the best comedy stands the test of time – and that's certainly the case for Monty Python's 'tis but a scratch' sketch.

Experts at the library told the Radio 4 programme Moving Pictures how they discovered the joke echoing the 1975 film Monty Python and the Holy Grail in a digitised copy of a famous liturgical text. 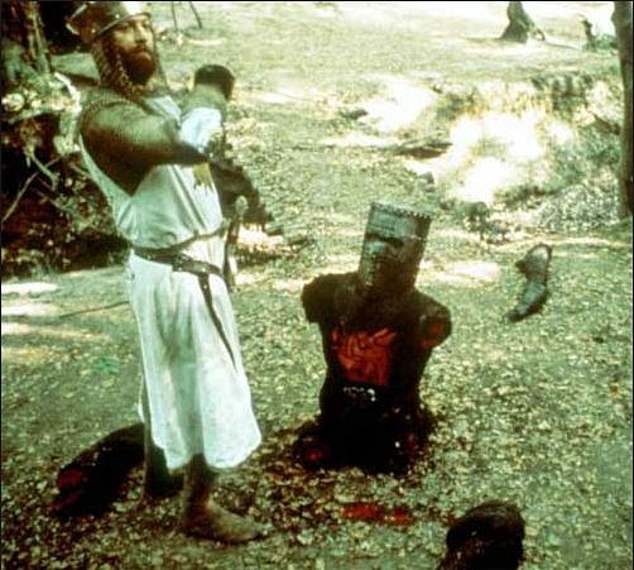 An image in the margin of the Sherborn Missal shows

Dramatic moment police find dozens of party-goers hiding in a cupboard at ...