Former NRL star Jarryd Hayne has denied thinking the woman accusing him of rape was an 'idiot' who had messaged him on Instagram.

Crown prosecutor Brian Costello on Tuesday in the Newcastle District Court highlighted a phone call Hayne made to a family member just days before his arrest where he called the woman 'a young cow just carrying on'. 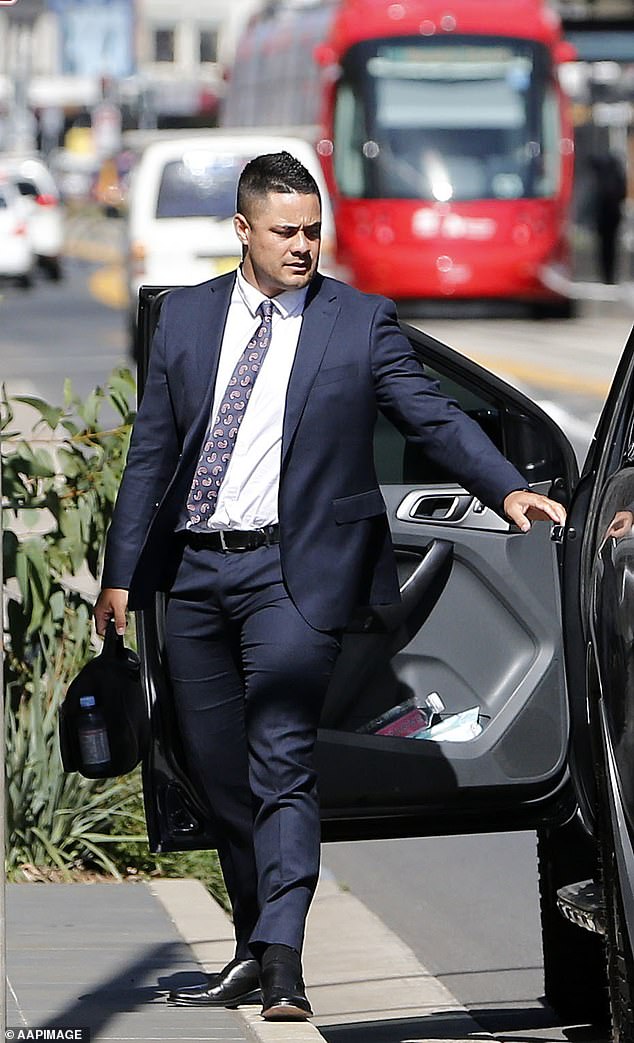 Mr Costello put it to Hayne he thought the woman was an idiot and went to her house just to have sex, not strike up a friendship or discuss politics.

Hayne denied it, saying he went to the woman's house to 'potentially' have sex.

He told the jury he was 'fuming' just before his arrest because the woman was 'full of s***', not because she was going to report the alleged rape to the NRL and police.

Hayne had earlier admitted he wanted to have a 'fling' with the woman.

On his third day in the witness box, Hayne said when he realised she was upset and angry with him for having a taxi waiting outside, he knew she didn't want to have sex with him but decided to please her by giving her oral sex.

When questioned about how forceful he had been when using his finger on the woman, Hayne said he didn't know how to judge force.

'I was going fast. I didn't have a radar that night, sorry.'

Asked about a $50 note left on the woman's bed, Hayne denied putting the money there to bribe the woman to keep silent. He later pocketed the money after she said it wasn't hers.

PREV Students could sit mini-exams at home as Ofqual proposes teachers will assess ...
NEXT Sweet'N Low magnate, 89, leaps to his death from luxury Upper East Side ...