By Jarrett Renshaw and Joseph Ax

Biden will appear at an event in his hometown of Wilmington, Delaware, alongside his selections for senior roles, including his nominee for U.S. Treasury secretary, former Federal Reserve Chair Janet Yellen.

The team's makeup reinforces Biden's view that a more aggressive approach to the pandemic is required. The advisers have all expressed support for government stimulus to maximize employment, reduce economic inequality and help women and minorities, who have been disproportionately hurt by the economic downturn.

Other picks include Cecilia Rouse, an economist at Princeton University, as chair of the Council of Economic Advisers; economists Heather Boushey and Jared Bernstein as council members; and Neera Tanden, chief executive of the Center for American Progress think tank, as head of the Office of Management and Budget.

The transition to a Biden administration has proceeded despite Republican President Donald Trump's false claims that he lost the election as a result of voter fraud. On Monday, Biden received his first full classified intelligence briefing since winning the Nov. 3 election, after Trump's refusal to concede delayed the formal transition process for weeks.

Arizona and Wisconsin, two battleground states where Trump has pursued fruitless efforts to overturn the results, each certified Biden's victory on Monday. The certification of vote totals is typically a formality, but the process took on added significance due to Trump's allegations.

The Trump campaign on Tuesday asked the Wisconsin Supreme Court to determine if 221,000 absentee ballots that allegedly lacked information should be excluded from the vote totals. Biden won the state by about 20,000 votes.

Trump has pursued a series of legal challenges in numerous states, although none has thus far resulted in any meaningful gains for the president. Most of the lawsuits have been rejected by judges, who have expressed skepticism about the claim that the election results are illegitimate.

The Electoral College, which selects the presidential winner based on state-by-state results, is scheduled to meet on Dec. 14. Biden, the Democratic former vice president, will take office on Jan. 20.

Biden's latest nominations would place several women in top economic roles, reflecting his commitment to increasing diversity at the highest levels of the federal government.

All three would require Senate confirmation. Several Republicans, who currently hold a narrow majority in the chamber, expressed opposition to Tanden, a veteran Washington figure who has detractors both on the right and the left.

"As Biden continues to name his team, I'm sure we'll hear some more of these overblown complaints from Republican senators. But after the caliber of nominees that this Republican majority confirmed over the past four years, it will be impossible – impossible – to take them seriously," Schumer said on the Senate floor on Tuesday.

Control of the Senate will be decided in a pair of runoff elections in Georgia on Jan. 5.

Several aid programs aimed at combating the pandemic's economic damage, such as expanded unemployment benefits, are set to expire this month, and a new stimulus bill has been trapped in political limbo for months, with Republicans and Democrats at odds over the size of the spending package.

The coronavirus pandemic has killed more than 267,000 people in the United States, with nationwide cases and hospitalizations reaching record highs in recent weeks. 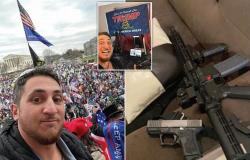 Trump loyalist who 'took weapons to Washington' is arrested by FBI 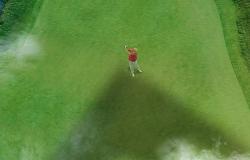 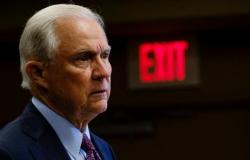 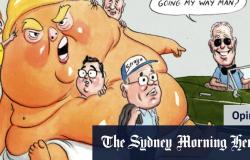