Federal authorities issued a search for the Brooklyn rapper for his alleged affiliation with the Untouchable Gorilla Stone Nation gang.

Brooklyn rapper Casanova is wanted by the New York FBI on various criminal charges including racketeering and faces at least 10 years behind bars.

The rapper, legal name Caswell Senior, was connected to the gang Untouchable Gorilla Stone Nation. Of the 18 named members, Senior remains the only one at-large according to the NY FBI.

The charges for the group include racketeering, murder, narcotics, firearms, and fraud offenses related to COVID-19 relief funds. Authorities released an old mugshot of the “Get The Strap” artist on Twitter asking for help in their search.

“We are still looking for Caswell Senior, aka Casanova, in connection with this case. He has connections to both NY and NJ. If you have information about his whereabouts,” the tweet exclaimed. It is part of a thread connecting the 34-year-old to the other arrests.

According to a press release from the Department of Justice, Senior specifically faces charges including conspiracy to commit racketeering, conspiracy to distribute controlled substances,  and possession of a firearm in furtherance of a drug trafficking crime. If convicted he could be sentenced to life in prison.

Brandon Soto, aka “Stacks” an alleged gang member included in the takedown, is accused of participating in and facilitating the murder of a minor victim in Poughkeepsie, NY on September 21, 2020. He also is accused of possession with intent to distribute crack cocaine, conspiracy to commit racketeering, and possession of a firearm in furtherance of a drug trafficking crime.

City of Poughkeepsie Chief of Police Thomas Pape showed gratitude to the FBI for their work.

“I would like to thank our partners at the Federal, State and Local levels of law enforcement for the unwavering assistance and dedication to their sworn duties.  These partnerships are proof that collaborations with agencies at all levels of law enforcement work to bring those responsible for the heinous murder of a 15-year-old on our City streets to justice,” he said in the statement.

Other defendants listed are Naya Austin and Shanay Outlaw, accused of fraud related to COVID-19- unemployment benefits, Brinae Thornton and Stephen Hugh allegedly shot at rival gang members on separate occasions, and Robert Woods is accused of assaulting an individual with a dangerous weapon.

According to the release, this case is being handled by the Office’s White Plains Division and Violent and Organized Crime Unit.  Assistant United States Attorneys Shiva H. Logarajah, Jacob Warren, and David R. Felton are in charge of the prosecution.

“As the indictment alleges, the violence and drug activity committed by these gang members threatened the safety of our communities and placed innocent lives at risk. Their unabashed criminal behavior, as alleged, included the murder of a 15-year-old and even extended to defrauding programs meant for people suffering economic hardship due to the pandemic. But thanks to the partnership and hard work of all law enforcement agencies involved in this investigation, we were able to stop this violent criminal organization – and show that Gorilla Stone is actually not ‘untouchable,’” said FBI Assistant Director William F. Sweeney Jr in the statement. 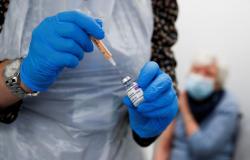 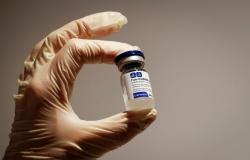 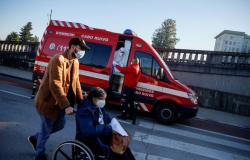 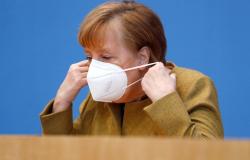 Mutation is a threat to COVID-19 containment efforts: Merkel