CHICAGO — Rapper G Herbo grew up on the Southeast Side of Chicago in an area dubbed “Terror Town,” a far cry from the world of private jets, tropical villas and designer puppies.

His youth, as described in his blunt lyrics, was spent dodging bullets and hanging out on the violent streets near 79th Street and Essex Avenue. But as his star rose with collaborations with artists such as Nicki Minaj and Chief Keef and money rolled in, Herbo, whose real name is Herbert Wright III, said he started to realize it was time to move on from his past and embrace his newfound fame.

Now Wright, 25, finds himself with new difficulties. He has been named in a federal fraud case brought in Massachusetts alleging that he, his music promoter and other members of his crew used stolen identifications to charge more than a million dollars’ worth of exotic services over a four-year period.

Among the ill-gotten gains were trips on private jets, limousine rides, exotic car rentals, a vacation at a villa in Jamaica and even two designer puppies purchased for Wright from a dealer in Michigan in 2017, according to the indictment, filed under seal in U.S. District Court in Springfield, Massachusetts, in September and made public Wednesday.

Strong was arrested by federal authorities in Chicago on Sept. 25, the records show, and appeared for a removal hearing before U.S. District Judge Robert Dow, who ordered him brought to Massachusetts in the custody of the U.S. Marshals to face the charges there.

In his ruling, Dow wrote that Strong was “alleged to be the ringleader of a $1.5 million fraud” that includes use of “aliases and other people’s identities.”

“These are red flags for the opportunity to flee,” Dow said. “(Strong) says that he would not do that, and his parents are willing to take him in. But who is to say that in the middle of the night, when the gravity of the charges sinks in, and maybe the weight of the evidence, he will not decide to flee?”

Williams, meanwhile, turned himself in to authorities in Chicago on Nov. 24. U.S. District Judge Beth Jantz granted his request for bond so he could travel on his own to Boston, court records show.

It was unclear whether Wright or the other two defendants had made arrangements to surrender or agreed to appear in court on their own.

Reached by telephone, Wright’s attorney, James Lawson, had no comment Wednesday. Lawyers for the other defendants were not yet listed in the court docket.

The indictment comes as Wright’s fame continued to skyrocket. Earlier this week, G Herbo was named to Forbes’ 30 under 30 musicians list. He posted the news to his 6 million Instagram followers Monday with the caption, “NEVER PAID ATTENTION 2 ACCOLADES … CAN”T START NOW … & I CAN”T STOP NOW!!”

Wright also recently performed his hit “PTSD” with Chance the Rapper on the “Tonight Show” with Jimmy Fallon.

According to the indictment, the scheme centered on the defendants’ use of stolen credit card information and personal identities obtained either from the “dark web” or other sources.

In November 2017, Strong, using the name “Darren Geiger” and identifying himself as Wright’s manager, called an unidentified pet company in Michigan to order “two designer puppies” for Wright using a stolen credit card, according to the charges.

The pet company appeared to be suspicious and asked for Wright to confirm the order by messaging it directly from his Instagram account, the indictment alleged. Strong allegedly sent a text to Wright saying, “Hurry just message that b---- hello.”

The indictment alleged Wright did what he was told. The company representative messaged Wright back on Instagram, asking, “You are getting 2 puppies correct?” Wright then confirmed the order, according to the charges.

The crew also used stolen credit cards to charge a week’s stay at a villa in Jamaica in July 2017 — at Wright’s request, according to the indictment. Another trip to Sunny Isles, Florida, a year before was also charged illegally, along with a personal chef and private security team.

In March 2017, Strong used the alias “Richard O’Malley” to book a private jet for Wright and an entourage of eight others from Chicago to Miami, where Sorrells and an unnamed co-conspirator had used a different stolen identity to rent luxury cars for the crew, including a Bentley CGTC and Maybach S600, according to the indictment.

The charges alleged Wright and his crew also illegally charged trips to Miami, Texas, New York, New Jersey and California, where they booked hotel rooms and paid for meals and other services using stolen identities.

The most recent allegation of fraud occurred Sept. 4, when a co-conspirator used fake information to pay for a set of rooms at a downtown Chicago hotel, where Strong and others stayed, according to the charges.

In addition to the federal case, Strong is also facing pending fraud charges brought in Georgia in 2019, records show.

Wright, meanwhile, has a criminal record in Chicago that includes a 2018 traffic stop where he was allegedly observed by police placing a handgun loaded with 31 armor-piercing bullets into the seat pocket in front of him, court records show. Wright was charged with felony aggravated unlawful use of a weapon, but in August 2019 prosecutors dropped that count as Wright pleaded guilty to a misdemeanor weapons charge and was given two years of probation, records show.

Visit the Chicago Tribune at www.chicagotribune.com 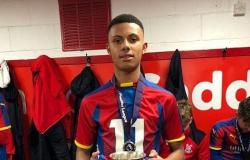 This is the 'A' Armie Hammer branded his ex-girlfriend Paige Lorenze with using ...