WASHINGTON (Reuters) - The largest U.S. bank lobby group is spending $1 million on television ads to boost Republican Senator David Perdue, in a bid to ensure the Senate remains in Republican hands after Georgia runoffs in January, according to federal filings.

Perdue, who sits on the Senate Banking Committee and has long been an industry ally, is seeking re-election against Democratic challenger Jon Ossoff.

The race is one of a pair of Georgia U.S. Senate runoffs on Jan. 5 after no candidate won a majority in the Nov. 3 election. Republican incumbent Kelly Loeffler is facing Democrat Raphael Warnock in the other runoff.

The contests will determine control of the chamber and are expected to be among the most expensive Senate races in U.S. history.

Overall, the four candidates' campaigns, as well as an array of party and independent groups, have so far spent nearly $310 million to air ads or to reserve air time before the vote, according to AdImpact, an advertising tracking firm.

The campaign launched this week by the American Bankers Association (ABA) marks the single biggest sum the group, which represents Wall Street banks as well as regional lenders, has spent backing a candidate since it began running independent political ads in 2018, according to federal campaign data.

The large expenditure underscores industry worries that Democratic control of the Senate could lead to tougher banking policies, as well as clear the way for Democratic President-elect Joe Biden to nominate hard-charging regulators.

Neither Perdue's nor Ossoff's campaign responded to requests for comment.

"We support his efforts in Congress to bolster the economy and keep people working, and we appreciate his keen understanding of the important role that banks continue to play in the recovery," ABA Chief Executive Rob Nichols said of Perdue in a statement.

The ABA began running ads supporting banker-friendly lawmakers from both parties during the 2018 congressional elections as part of a broader effort to rebuild the bipartisan support banks enjoyed before the 2008 financial crisis turned many Democrats against the industry. A narrowly divided Republican-led Senate would be a positive outcome for banks, according to bank analysts.

As a senator, Perdue has backed lighter restrictions for banks, including the nation's biggest, despite consumer group critiques it could put taxpayers at risk.

The group bought ads for 15 candidates during the 2020 campaign. But its Perdue expenditure is twice the previous $500,000 record amount of cash the lobby group shelled out to back Republican Senator Thom Tillis' successful bid for re-election in North Carolina this year, according to Federal Election Commission filings.

Airing on local Georgia stations, the ad for Perdue applauds his support for a congressional bill that would automatically forgive millions of coronavirus pandemic relief loans that banks distributed to struggling small businesses on behalf of the government.

Getting the government to quickly repay those loans is a priority for the industry, which could otherwise be landed with billions of dollars in risky debt. 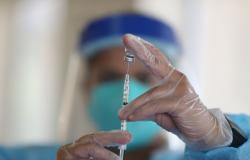 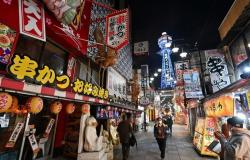 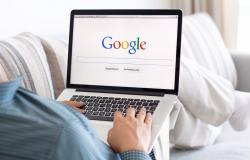 ‘It’s about getting more Australians home’: Qld quarantine plan down to ... mogaznewsen 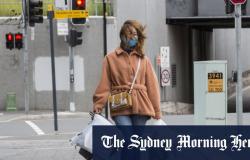