Yesterday, health chiefs recorded 504 victims as a raft of promising statistics confirmed the second wave is in full retreat after November's lockdown.

The Government's official toll in all settings, including care homes, is now more than 60,500 deaths within 28 days of positive test - the highest total in Europe and fifth highest in the world.

But Department of Health figures yesterday showed the day's death count - which NHS England said included a 15-year-old with no known underlying conditions - was only slightly lower than the 521 announced the Friday the week before. But the curve has been consistently falling for more than a fortnight.

In yet more evidence that the worst of Britain's resurgence of Covid is over, SAGE revealed the R rate has fallen for the fourth week in a row and could now be as low as 0.8. No10's scientific advisory panel claimed outbreaks were shrinking in every part of the country.

And Office for National Statistics data showed the number of daily coronavirus infections in England plummeted by almost half last month, from 47,700 per day to 25,700 in the week ending November 28, in more proof that the disease has began to fade away. The report estimated that a total of 521,300 people were carrying the virus in England on November 28, down from 665,000 just two weeks earlier.

Separate infection estimates produced by the Covid Symptom Study say there are just 15,845 people developing symptoms of coronavirus each day in England, down from a peak of 44,000 at the end of October. Although the numbers are different to those made by the ONS, they illustrate the same downward trend.

Professor Tim Spector, the King's College epidemiologist running that study, which is based on data from a public mobile app, said the signs were 'encouraging', adding: 'We're now [at] less than half the peak of the second wave we saw in October.'

And separate Public Health England figures revealed every local authority in the North saw their Covid-19 infection rate fall last week, adding to mounting questions over whether millions of people have been unnecessarily forced to live under the harshest Tier Three curbs.

The promising figures come as the UK gets set to become the first country in the world to start vaccinating people against Covid-19 next week, after drug regulators gave the green light for a jab developed by pharmaceutical firms Pfizer and BioNTech.

The first doses were delivered on British soil Thursday via a convoy of unmarked lorries from Belgium and NHS Providers chief Dr Chris Hopson says the country is planning to start vaccinating on Tuesday, December 8, with care home residents and staff and elderly hospital patients at the front of the queue. 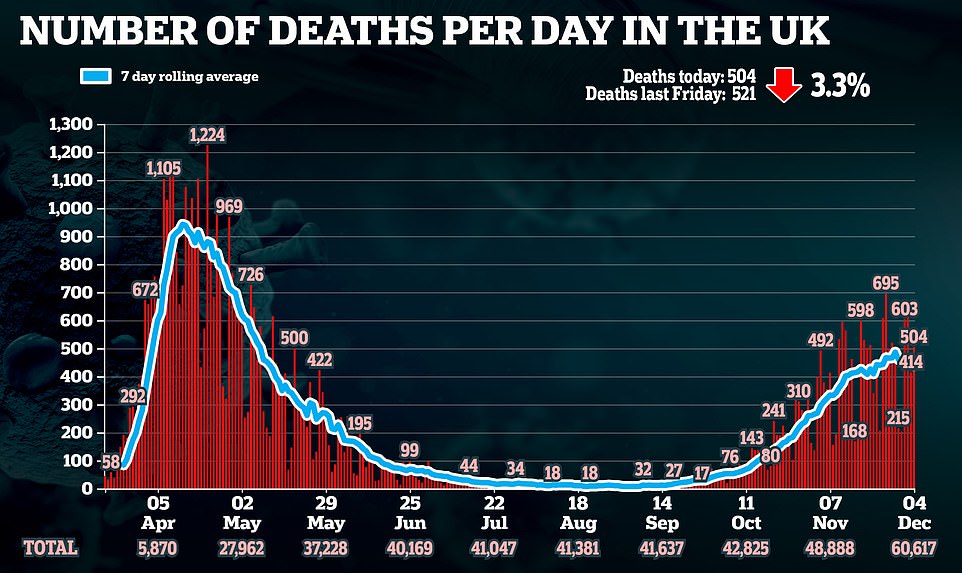 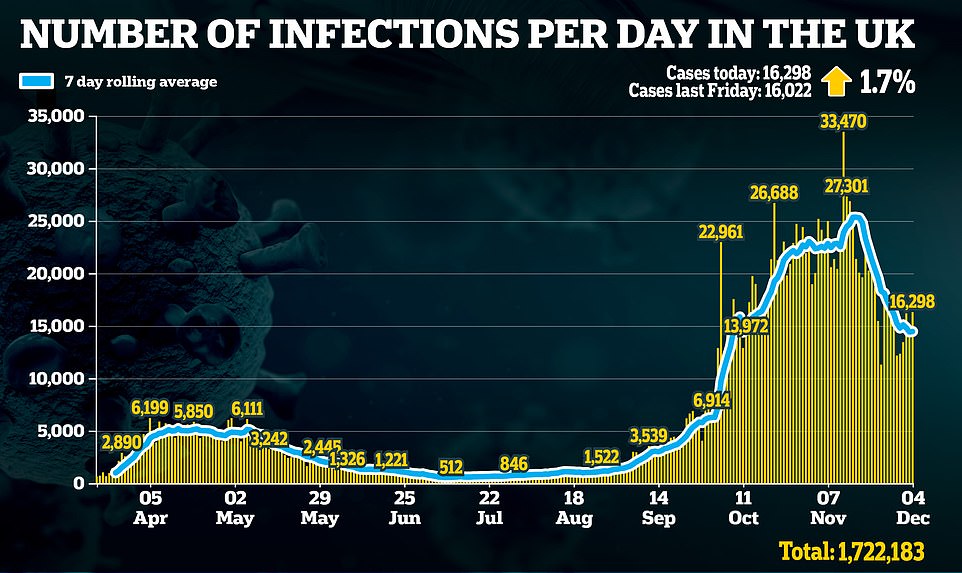