A Sydney Beauty therapist has been identified as the woman fined twice for refusing to self-isolate despite being a close contact of someone infected with coronavirus.

Jess Barca, 27, a beautician from Cronulla, was busted by police swimming in a Byron Bay resort pool after she was ordered to get tested for the deadly virus.

NSW Police have slammed the rule beach as an act that has 'endangered public safety'.

Jess Barca, 27, a beautician from Cronulla, was busted by police twice for not isolating herself after coming into close contact with a coronavirus case 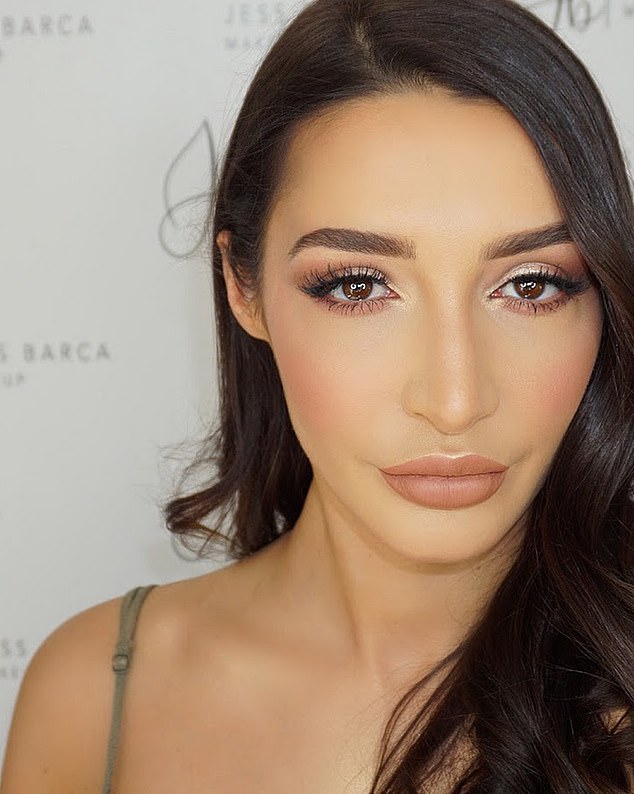 Police said Ms Barca had put the public in 'significant danger'. She said she 'tested negative'

Barca was hit with two $1,000 fines for breaching self-isolation orders on Friday and Sunday.

She was in Byron Bay on New Year's Eve when she was told she was a close contact of a coronavirus case - and must isolate and get tested herself.

On New Year's Day, police returned and fined her $1,000 when they found she wasn't isolating.

The next day, police returned only to find Ms Barca swimming in the resort pool, and fined her a second time.

When Ms Barca was asked by Seven News if she felt she had endangered the public. she said: 'No, I'm a double negative result.' 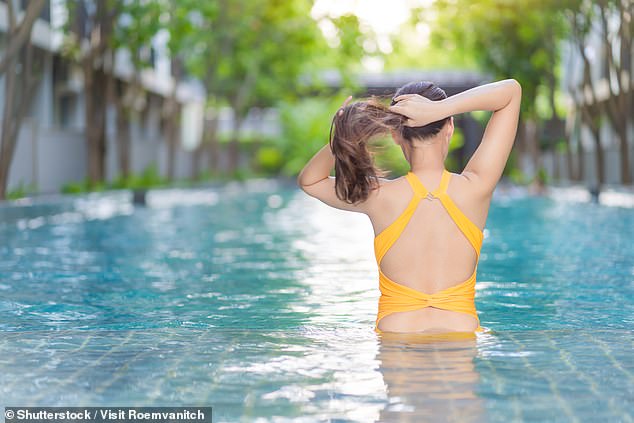 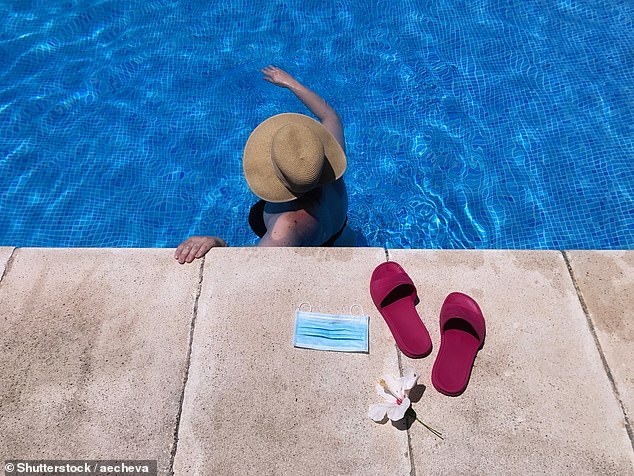 Ms Barca, a beautician from Cronulla, was busted by police swimming in a Byron Bay resort pool (stock image)

HOW TO CHECK IF YOU NEED A TEST

There are 63 separate health alerts for NSW venues on the NSW Health website and 17 for public transport routes as of Monday night.

The public is urged to check the NSW Health website here to see if you were at any of those places at the red-flagged dates and times.

If you were there at the times flagged, you may have come in contact with the virus and may need to isolate and get tested.

Many people infected with coronavirus may initially test negative only to test positive after two weeks - which is why quarantine is set at 14 days.

Sydney residents are still allowed to travel to Byron Bay despite the recent outbreaks on the Northern Beaches and western suburbs.

The breach at the Imperial Paradiso in Fairfield has left politicians and police outraged, as it is only 10km from the Berala coronavirus hotspot.

The venue opened its doors to double the permitted crowd in a wedding reception on Saturday night with up to 700 people inside, well over its 350-person limit.

Police arrived at 9.30pm and told the organiser to kick hundreds of wedding guests out.

The guests are yet to be penalised but the venue operator, 46-year-old Khiri Gorgees, has been fined $5000 for breaching public health orders.

Mr Gorgees is a shareholder of the seven-venue Paradiso Receptions business.

Acting Premier John Barilaro was furious about the breach and said Mr Gorgees had put his business and reputation at risk along with the entire NSW state economy and jobs.

PREV Estate agent is slammed over 'tone deaf' leaflets asking if Covid has been a ...
NEXT Asia's 'El Chapo' Who Allegedly Made Over $17 Billion a Year is Arrested in Amsterdam