By Gregory Kirby For The Daily Mail

Choking a partner during sex could become a specific criminal offence under new domestic abuse legislation.

The proposal by campaigners follows evidence that one in five sex assault victims are strangled by their partner.

Choking or throttling is only punishable under common assault law, which carries a maximum sentence of six months.

But domestic abuse groups say perpetrators are rarely prosecuted because defendants commonly claim choking takes place as part of consensual sex – and there can be little sign of physical injury. 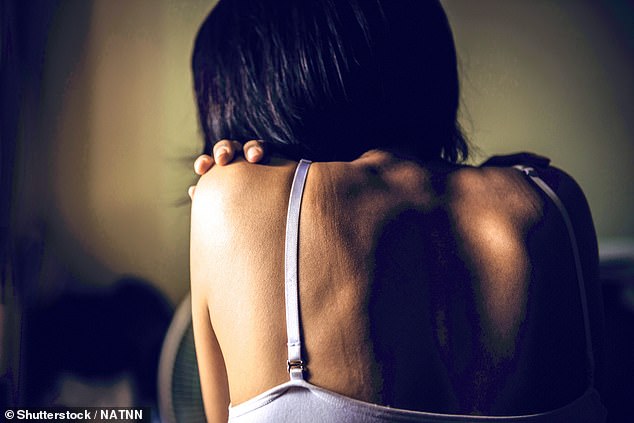 Choking during sex could become a specific criminal offence under new domestic abuse legislation. The proposal follows evidence that 1 in 5 sex assault victims are strangled by their partner [File photo]

They claim that treating choking as common assault undermines its severity and the terror inflicted on the victims.

Nearly a third of female murders in the UK were due to strangulation or suffocation in 2018, compared with 3 per cent of male murders.

After stabbing, it is the next most common cause of death for female domestic violence victims.

Jennifer Garner wears look of worry as she takes call.. amid Ben Affleck's ...