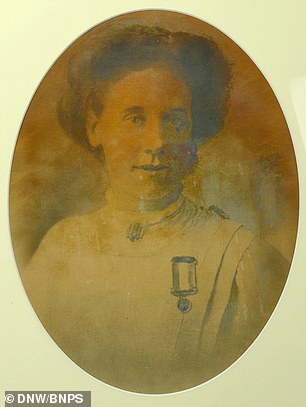 A prestigious medal awarded to a suffragette who was locked up after throwing a missile at Winston Churchill's car has emerged for sale for £8,000.

Nellie Godfrey lobbed the iron projectile at Churchill's car after breaking through police barricades during an election rally in Bolton in 1909.

Churchill emerged unscathed but Nellie was arrested on the spot for her dramatic protest during the campaign to give women the right to vote.

The following day she appeared at Bolton Magistrates' Court and pleaded guilty to the offence.

She was fined 40 shillings (£160 in today's money) but refused to pay so she was sent to prison where she started a hunger strike.

When her condition began to deteriorate, she was released to stop her becoming a 'political martyr'.

Nellie was presented with a Hunger Strike medal of valour by the Women's Social and Political Union for furthering their cause.

It is stored in a case with the inscription: 'Presented to Nellie Godfrey by the Women's Social & Political Union in recognition of a gallant action, whereby through endurance to the last extremity of hunger and hardship a great principle of political justice was vindicated.' 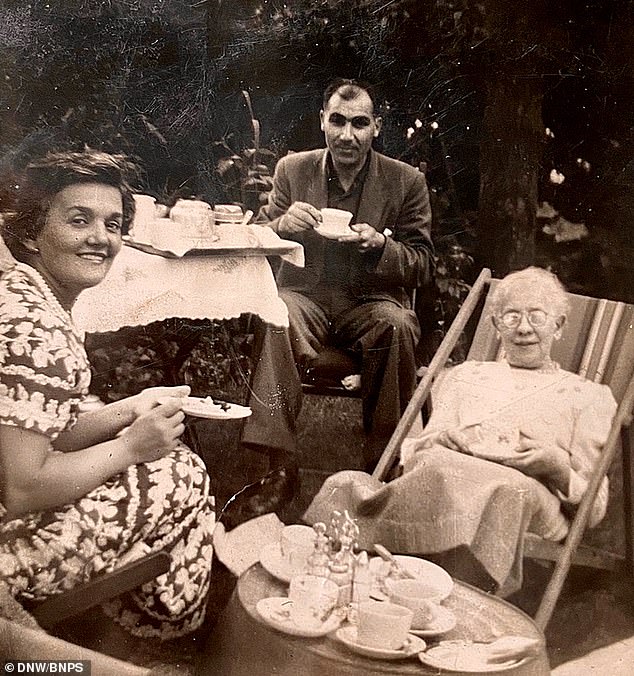 After holding onto it for four decades, Nellie (right) passed it on to Sandra Lamberti, her adopted Spanish granddaughter who had moved in next door to her after fleeing fascist Franco regime in the 1930s

Following her death in the late 1950s, her medal was bequeathed to a Spanish women named Sandra Lamberti.

Nellie had befriended her family when they moved to Britain as political refugees from the fascist Franco regime in the 1930s.

They lived next door to each other in Muswell Hill, North London, and Nellie became her adopted grandmother. 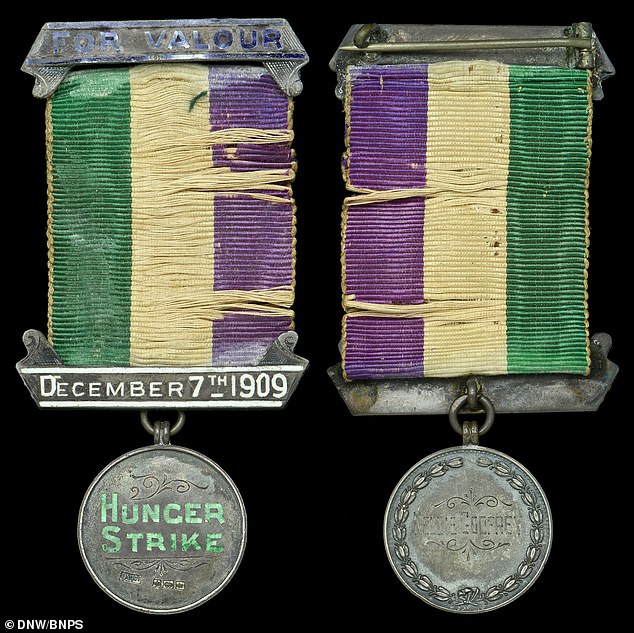 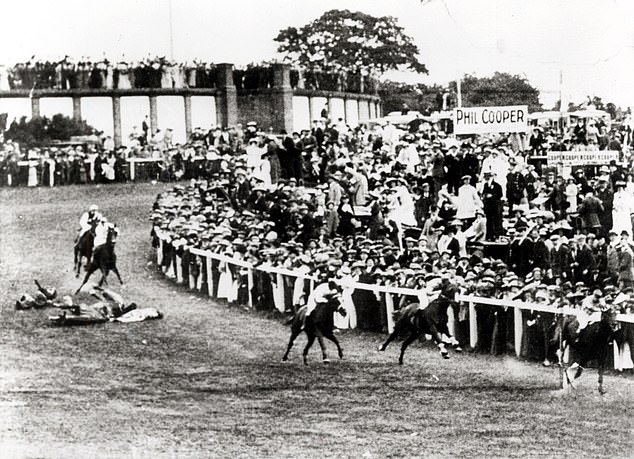 The suffragette movement started using more militant tactics in the early 1900s to attract the public's attention. Pictured: Protestor Emily Davison died when she ran in front of the King's horse

Mrs Lamberti died a few years ago and her family is now selling the medal to raise funds for the Fawcett Society, who campaign for gender equality.

It is going under the hammer with London-based auctioneers Dix Noonan Webb.

Christopher Mellor-Hill, associate director of Dix Noonan Webb, said: 'We are very pleased to be offering her Suffragette medal which reflects the courage shown by Nellie Godfrey in her endeavour to support the campaign for women's right to vote.

What was Churchill's position on the suffragette movement

Churchill's view on suffragettes has remained somewhat muddled as a result of what is said to be a misleading quote.

As a Liberal in the early 1900s, he was not philosophically hostile to the idea and voted in favour it measures in 1904.

But as Home Secretary in 1910, his view appeared to

PREV Sister of Arizona woman who went missing for a week says family is MYSTIFIED by ...
NEXT UK officially exits the European Union mogaznewsen