New York City Mayor Bill de Blasio has slammed Gov Andrew Cuomo for refusing to allow him to use thousands of unused COVID-19 vaccine doses for the elderly and police after revealing a high number of healthcare workers are not signing up for appointments.

The Mayor has repeatedly called for the state's priority criteria to be expanded so NYC can start vaccinating those aged of 75 and all essential workers such as police, grocery store workers and teachers.

He has argued that demand from healthcare workers to receive the vaccine is drying up so the city should be able to move on to the next phase and start giving out shots to other priority groups.

Under state guidelines set by Cuomo, healthcare workers and nursing home residents and staff are the first groups eligible to receive shots.

Just 149,932 NYC residents have received vaccines in the last three weeks. The city has been allocated 487,375 doses for use, according to the latest city data. 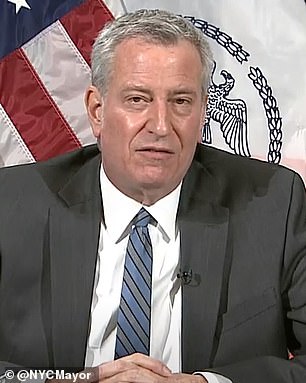 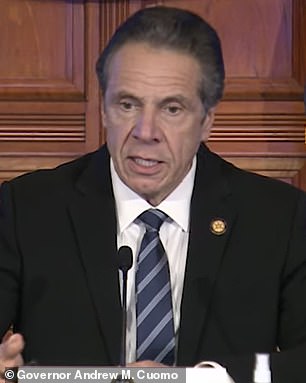 'It makes no sense if I have someone over 75 whose ready right now to be vaccinated, there's no reason I shouldn't be doing that.

'If I've got an essential worker or a first responder who is ready right now and we have really efficient ways to reach them because they're part of the government - we can organize within our agencies very efficiently - there's no reason to hold that back.

'If you had a world where everyone said 'I 100 percent want the vaccine'... then the governor's theory would make a lot of sense. But on the ground it's different. We're at the frontline, here's what we're seeing. A lot of people aren't ready to take the vaccine in category 1A.'

Cuomo earlier this week threatened to fine hospitals up to $100,000 if they don´t finish their first round of inoculations by the end of the week. He also threatened to stop sending the vaccine to hospitals that don't use their share promptly. 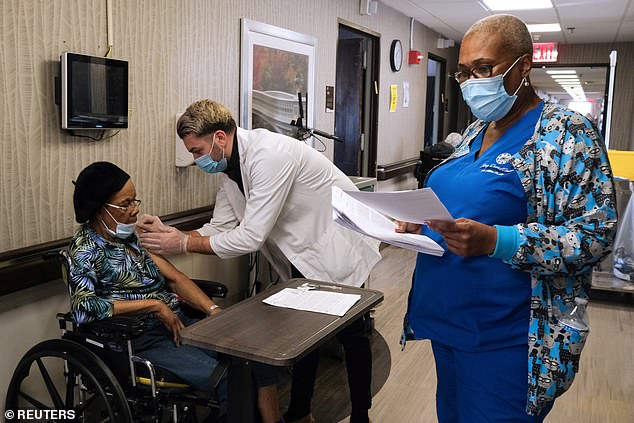