Relieved daughter claims coronavirus vaccine has already saved the lives of her parents by helping them fight off the infection when they caught it over Christmas Ros Grant, 60, from Worcestershire,  feared worst when parents caught Covid  Parents Ron, 87, and Mary Devenney, 89, were among the first to receive vaccine Couple  well and returned to West Heath Hospital on January 6 for second dose

A daughter whose elderly parents were among the first to receive the new Pfizer vaccine has described how the jab saved their lives when they contracted the virus over Christmas.

Ron, 87, and Mary Devenney, 89, from Cotteridge, Birmingham, caught the virus just days after they received the new vaccine on December 15.

Their daughter Ros Grant, 60, from Inkberrow, Worcestershire, who was left fearing the worst when her parents tested positive for the virus, now believes the vaccine may have 'saved their lives'. 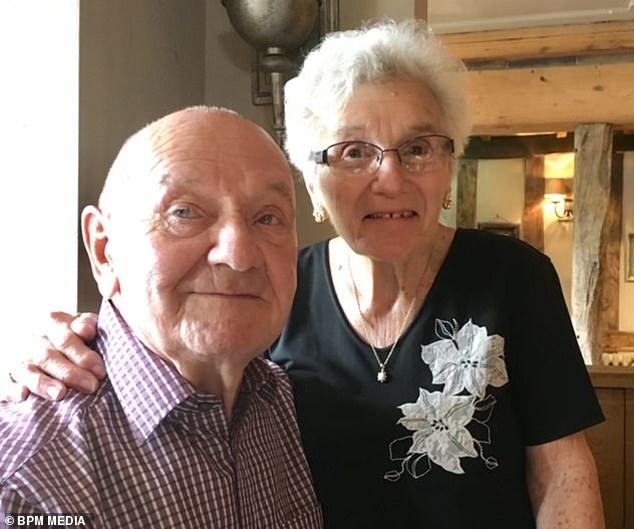 Ron, 87, and Mary Devenney, 89, were among the first to receive the new vaccine on December 15

Ms Grant, who runs a garage door company with her husband Bruce, said that she had tested positive for Covid on December 23 and had taken her mother shopping and done some housework for her parents the day before.

She said: 'It's scary to think we're all running around with no symptoms, infecting everyone else.

PREV AOC says Mark Zuckerberg and Facebook are 'partially responsible' for the ...
NEXT UK officially exits the European Union mogaznewsen