The Arizona Republican Party is on the brink of censuring Cindy McCain for campaigning for Joe Biden - a move her daughter Meghan slammed Sunday as coming from 'troglodytes.'

The party singled out John McCain's widow for rebuke after she publicly split from it and endorsed Biden in the presidential election, following Donald Trump's relentless attacks on the war hero after his death.

The censure passed the Maricopa County GOP Saturday, with 'near unanimous cheering/approval,' according to a tweet from the Arizona Republicans' account. The full party will consider the censure motion later this month.

But the party earned a swift rebuke both from Cindy McCain and her daughter Meghan, a co-host of ABC's The View.

'I like people who don't start insurrections or commit acts of domestic terrorism against our republic,' Meghan McCain tweeted, a reference to Trump's slur against her father that: 'I like heroes who weren't captured.'

And Cindy McCain tweeted: 'I am a proud lifelong Republican and will continue to support candidates who put country over party and stand for the rule of law.'

The censure motion included a bitter personal attack on Cindy McCain, about her battle with prescription opioids in the 1980s and early 1990s, something which she has been open about for decades. 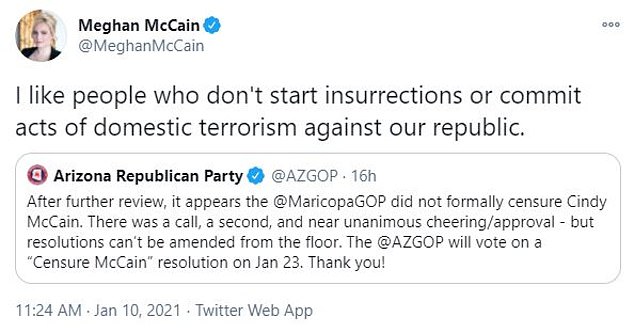 Derision: Cindy and Meghan McCain attacked the Arizona GOP for moving to censure her. Her husband John was its most beloved figure but the party in the state now backs Trump over him. Trump lost the state in the general election and both its Senate seats have gone Democratic 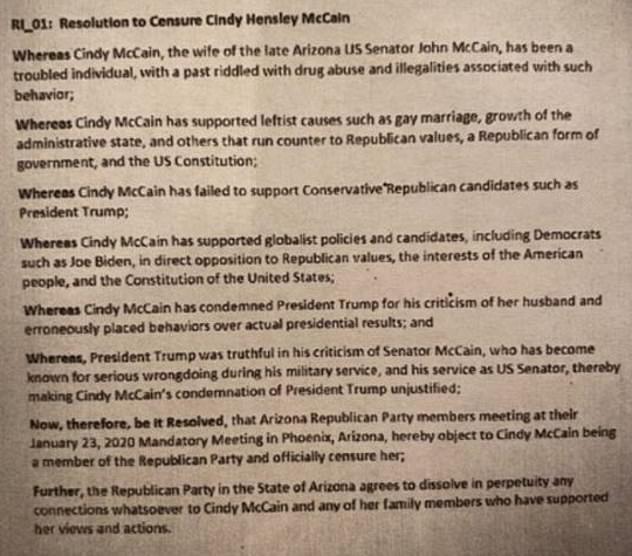 Smear: Among the elements of the censure are an attack on John McCain's military service

It also smeared John McCain, saying he had been 'known for serious wrongdoing during his military service.'

It even supported Trump saying his attacks on the senator, which continued for years after his death and were most recently made on December 17, were 'truthful.'

The censure attacked Cindy McCain for supporting gay marriage and accused her of supporting 'others that run counter to Republican values,' which it did not specify.

And it demanded that the GOP in the 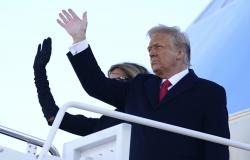 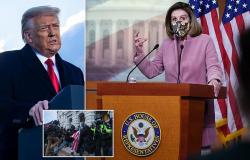 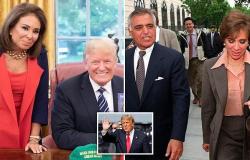