Schools are ignoring government guidelines and refusing to allow children into class unless BOTH parents are key workers, MailOnline has learned.

Department for Education guidance states that only one parent needs to be a critical worker for their child to attend class – even if both parents are working from home.

It adds parents who are key or critical workers should keep their children at home 'if they can'. 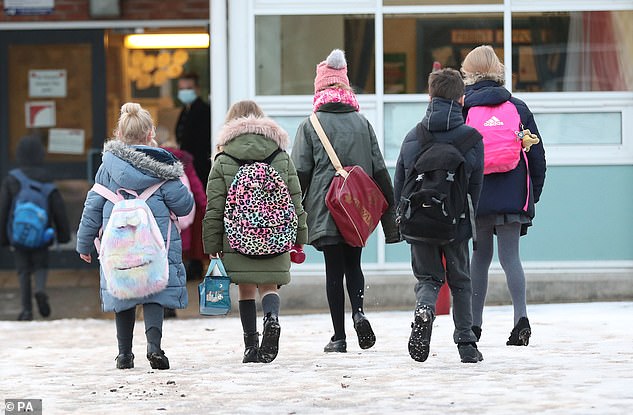 But head teachers in many areas say increasing pressure on spaces has meant they now have to ‘ration’ places, and many have chosen to prioritise families where both parents are classed as key workers.

The National Association of Head Teachers (NAHT) has called on the Government to tell heads how many pupils on-site is 'too many' as it says high pupil attendance could 'seriously undermine' the impact of lockdown and risk longer closures.

In a survey of almost 5,000 heads, nearly half (48 per cent) said they have had to prioritise places for children of key workers or vulnerable pupils in their school 'due to an excess of demand'.

Nearly three-quarters say that demand for places has 'greatly increased' compared to the lockdown in March last year, after the government expanded the list of who qualified as a key worker.

Local Education Authorities are leaving the final decision to head teachers, but Norfolk County Council said in a statement: ‘It is likely that in some schools…both parents are expected to be critical workers, with priority given to those whose parents work in emergency life-saving services.’ 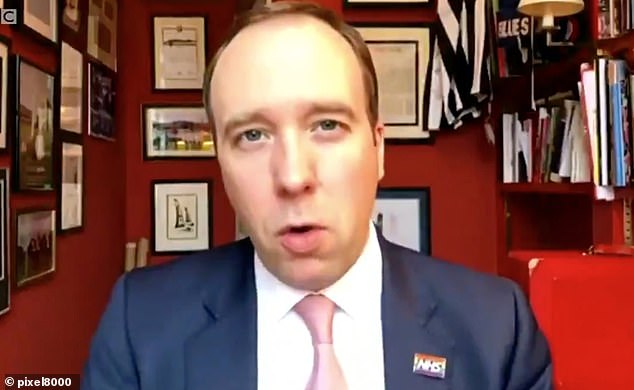 Cllr John Fisher, Cabinet Member for Children’s Services, added: ‘Although the national criteria states that only one parent needs to be a keyworker to be eligible for a place, in many schools that would mean nearly every child could still attend and schools simply cannot manage that at this time.’

In Richmond, south-west London, no limit has currently been imposed on key worker children, but Council Leader, Cllr Gareth Roberts, said: ‘We are urgently seeking 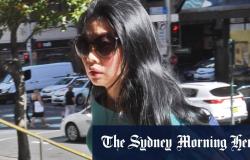