Australian star wicketkeeper Alyssa Healy has taken a swipe at the Indian cricket team as she called for players to stop 'whingeing' about their stay in hotel quarantine, after they compared it to being locked in a 'prison'.

Players were furious when they arrived at the Sofitel in Brisbane on Tuesday ahead of the final Test match at the Gabba to find they had to clean their own toilets and make up their own rooms.

The team was so outraged at the accommodation that Indian cricket officials were forced to step in and resolve the issues - giving the pampered players access to the gym and daily cleaners.

But Healy, who is married to Australian fast bowler, Mitchell Starc, said both the women's national team and the New Zealanders had earlier quarantined at the Sofitel - without uttering a single complaint.

'The Aus and NZ women's teams did their quarantine in the same hotel last year. Here's a shock - we survived....' she tweeted on Wednesday. 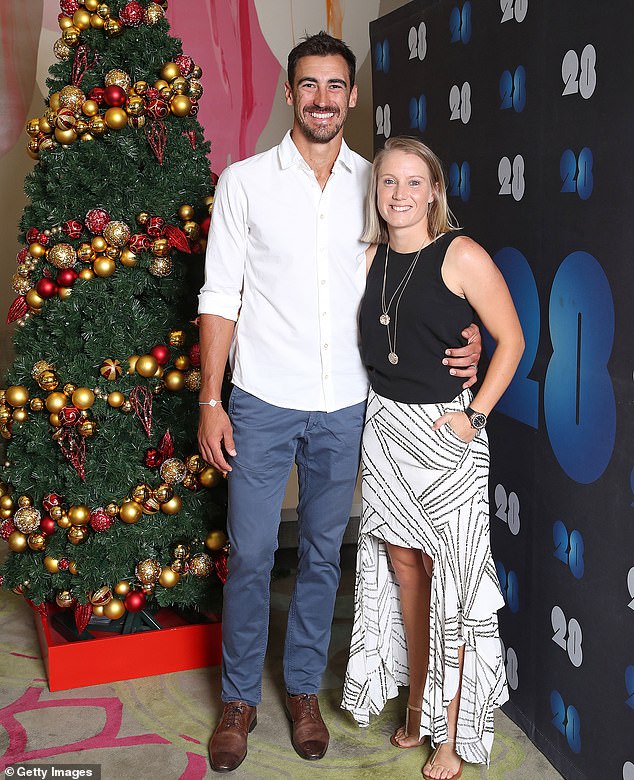 Australian star wicketkeeper, Alyssa Healy, (pictured with husband and fast bowler, Mitchell Starc) has given a blunt message to the Indian cricket team who complained their stay in hotel quarantine was similar to being locked up in a 'prison' 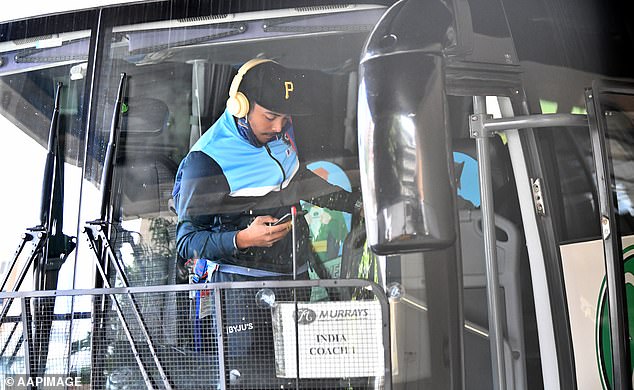 The tweet divided cricket fans and the uproar was so big that Healy was forced to double down on her comments a day later.

'For those of you having a a huge whinge (most). Here’s some perspective,' she tweeted.

'We're in a GLOBAL pandemic. Countries are shut, people are dying and international travel is remarkably hard especially for those trying to come home.

'The fact that we (yes I play cricket as a woman) are able to travel the world and still do our job whilst many around the globe have lost theirs is a privilege.

'It's tough, it's not easy everyone has to sacrifice things - but it's still a privilege and a choice we made to keep our sport going.

'Government mandated quarantine isn't much fun but at least cricketers can get out and train/play for trophies which clearly mean so much. Just have a little perspective people!'

While some agreed with Healy, others suggested India's frustration stemmed from having already spent close to five months in various bio-bubbles quarantining.

'Most of the players have been in quarantine for more than four months now. Half of the squad is dealing with severe injuries. The last thing you would want is to ask them clean the rooms and bathrooms,' someone replied.

'What's wrong with requesting hygiene service when you are getting ready for the last leg of a physically and mentally draining tour? Just a reminder, Indian team has been away from home for the entirety of the period,' another said. 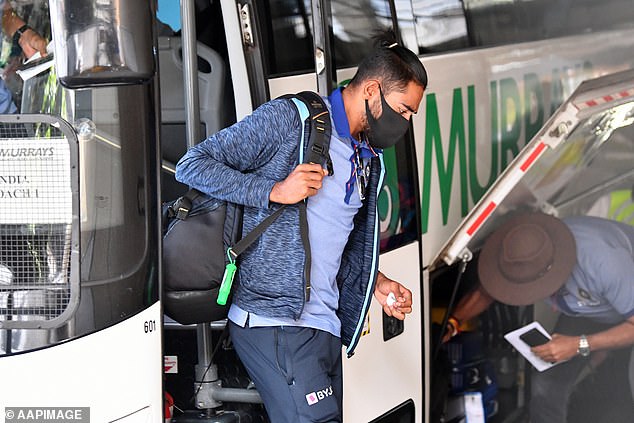 Players were furious when they arrived at the Sofitel in Brisbane on Tuesday ahead of the final Test match at the Gabba to find they had to clean their own toilets and make up their own rooms (pictured, players arriving at the hotel on Tuesday)

Indian cricket commentator, Harsha Bhogle, also threw in his two cents, and called on the Australian team to cut their rivals a bit of 'slack'.

'My feeling is that these are quotes picked out of a larger conversation. Everyone is on edge and I think the key is what they were promised versus what