Britain must keep Covid under wraps during the vaccine roll-out or it risks allowing the virus to mutate and render the jabs useless, an expert has warned.

Dr Christina Pagel, a health and mathematics researcher at University College London, said allowing the virus to continue to spreading could give the coronavirus more time to mutate in a way that would make vaccines stop working.

The UK is already on high alert and today closed its borders to anyone who hasn't tested negative within 72 hours of travelling, to avoid new variants coming in.

But there is still a risk that people will slip through the checks and that outbreaks will start again inside the country in the spring – vaccines minister Nadhim Zahawi has suggested lockdown rules could start to be lifted as soon as March.

If the virus can keep circulating it will keep mutating and, the longer this goes on for, the more likely it is that a devastating mutation will emerge.

Dr Pagel said a combination of rapid vaccination and stringent 'suppression' of outbreaks should continue until the majority of people have been immunised.

The NHS's vaccine programme has made impressive progress so far, with more than half of over-80s inoculated already and a total of 3,857,266 given jabs by Saturday.

At least three major coronavirus variants have been spotted in Britain in recent months – from Kent, South Africa and Brazil – and they appear to be evolving to spread faster and to evade some parts of the immune system, although scientists do not yet think any have yet got so far as to slip past the vaccines completely 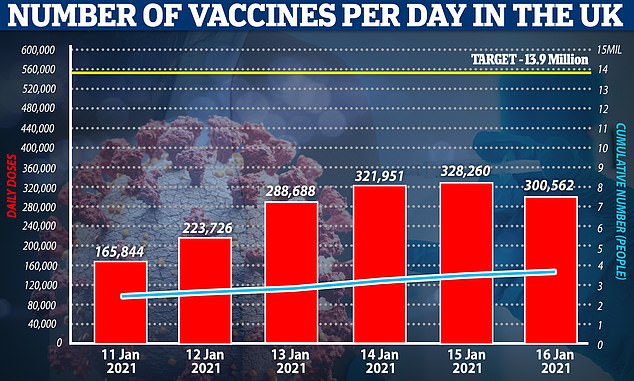 Dr Pagel, who is part of the Independent SAGE group, which has been highly critical of the Government's pandemic response, told The Times: 'We know that this virus does mutate and it mutates in ways that can potentially evade the vaccine.

'Once we start vaccinating, we really want to vaccinate everybody before it starts to have the opportunity to mutate because then you’re much more protected...

'What you don’t want is to get to September and suddenly you’ve got a new variant – whether we've imported it from somewhere else or we’ve grown our own variant – and then you've vaccinated 40million people and you have to start from scratch.

'I just can't imagine anything worse. So that's why I think you actually want to go for suppression now.'

Preventing major mutations in the coronavirus is more important now than at other points of the pandemic because vaccines are coming into use. 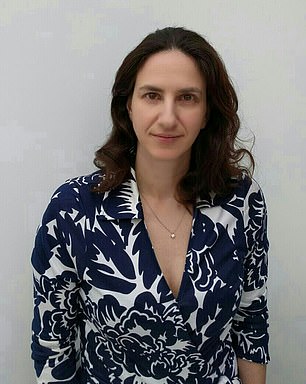 Dr Christina Pagel, a member of Independent SAGE and a researcher at University College London, said: 'What you don’t want is to get to September and suddenly you’ve got a new variant... and you have to start from scratch'

It is possible that the virus will be able to change so much that the vaccines – which are developed to produce immunity which targets a specific part of the virus when it looks a specific way – won't work against them.

There is no sign that this has already happened but the virus only needs time to mutate – the more it circulates and the longer it is active for, the more mutations that emerge.

Viruses like the coronavirus mutate and change because of errors when they reproduce.

Each time the virus spreads it has to make copies of itself by forcing the body to read its genetic code and make a new version.

This happens so fast and so often that there are inevitably random errors and, although most of them make no difference, some can give the virus an advantage that makes it spread faster or for longer.

The viruses with these advantages tend to reproduce more successfully so pass on the mutations, allowing them to become widespread.

Dr Pagel warns that letting the virus spread too much during the vaccine roll-out will give it more opportunities to mutate.

PREV BBC 'wants to create Britain's answer to The Simpsons' in bid to end dominance ...
NEXT James Corden steals a march on Oprah by airing his antics with Harry days ... 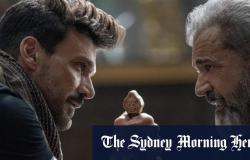 #MichaelJackson met wife Lisa Marie Presley backstage when she was ...