The UK now has the highest coronavirus death rate in the world, shocking data has revealed.

Britain was averaging 935 daily fatalities in the week up to January 17, or the equivalent of 16.5 people in every million.

Statistics compiled by the Oxford University-based research platform Our World in Data shows no other country currently has a higher death rate per capita.

Britain overtook the Czech Republic, which had been at the top since January 11 with a death rate of 16.3, after publishing its latest death figures on Sunday night, when there were 671 victims.

Fatality statistics on the weekend and on Mondays in the UK tend to be lower due to a reporting lag, which means the country's death rate could surge even further into the lead this week.

However there are signs that Britain's crisis is starting to slow thanks to its third national lockdown. Infections are down by a fifth in seven days and deaths are expected to follow in the coming weeks.

Rounding out the top five countries with the worst death rates are Portugal (14.82 per million), Slovakia (14.55) and Lithuania (13.01). Panama is the only country in the top 10 list which is not in Europe.

Mainland Europe has become the epicentre of the pandemic since last October, accounting for around a third of global deaths. 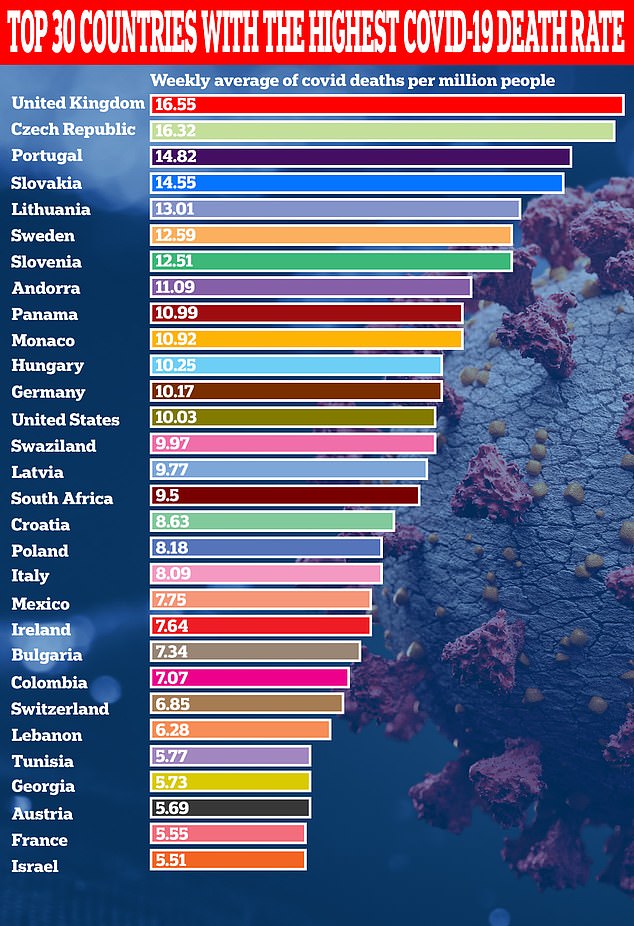 The 52 countries and territories in the region have recorded an average of 5,570 deaths every day - 17 percent higher than a week earlier.

The US and Canada have counted 407,090 altogether and saw fatalities rise by 20 per cent last week at 869 average daily deaths.

Coronavirus was the leading cause of death in England last year and accounted for one in eight fatalities, official data has revealed.

The figure is slightly lower than the 78,076 on the Government's dashboard because the ONS looks at cases where Covid was mentioned on the death certificate. The official tally counts people who died within 28 days of testing positive for the virus. Number 10's figure will also be higher because it includes deaths from this January.

Dementia and Alzheimer's were the second biggest killers in England in 2020, claiming 66,060 lives, while heart disease was behind 51,979 deaths. There were just 18,656 flu and pneumonia deaths last year, 40 per cent lower than average, which is thought to be the knock-on effect of social distancing measures.

The ONS report also found that in December, deaths from all causes were 25 per cent higher than the five-year average. Covid-19 was by far the

PREV Mother, 37, from New York nearly killed by her $60 NOSE PIERCING after it ...
NEXT Covid's lost generation: Devastating report lays bare the £350bn toll on ... 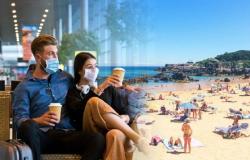 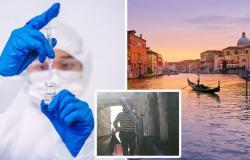 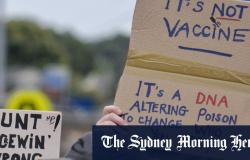