The man dubbed the 'QAnon Shaman' has claimed through his attorney that he was 'duped' by Donald Trump into participating in the January 6 riot at the U.S. Capitol.

Jacob Anthony Chansley, 33, is being held without bail on federal charges, and on Thursday his attorney spoke out to say that he blames Trump for leading him down the 'primrose path'.

'He regrets very, very much having not just been duped by the President, but by being in a position where he allowed that duping to put him in a position to make decisions he should not have made,' attorney Al Watkins told KSDK-TV.

Chansley, who also goes by Jake Angeli, gained infamy during the riot for his striking appearance in a horned helmet and furs in the Senate Chamber, and later drew mockery for a hunger strike behind bars to insist he be fed all-organic food.

Watkins, his attorney, argued that Trump had drawn Chansley into a web of lies, but said that Trump's lack of action during the riot and failure to issue pardons had been a wake-up call to his client. 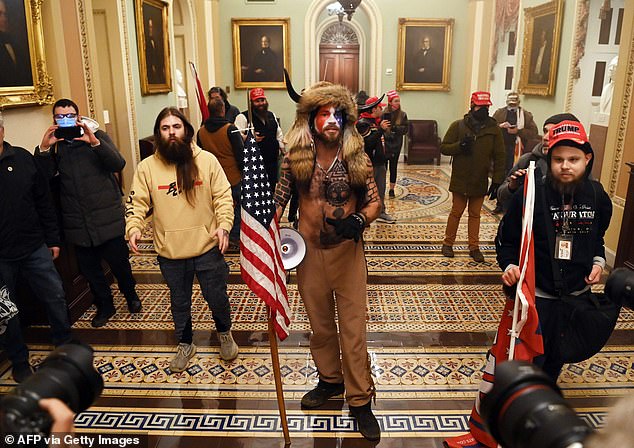 Jacob Anthony Chansley, 33, has claimed through his attorney that he was 'duped' by Donald Trump into participating in the January 6 riot at the U.S. Capitol 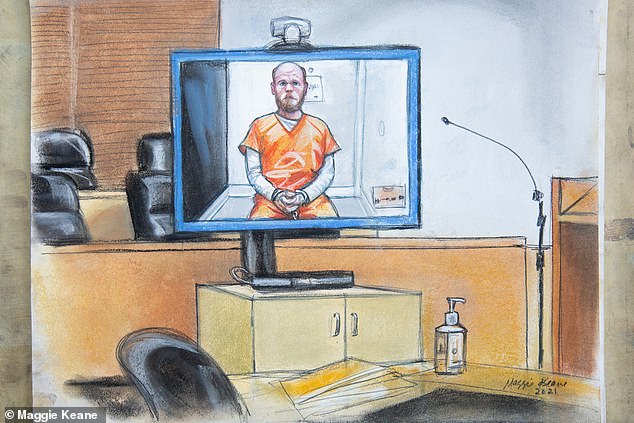 Chansley is being held without bail on federal charges and faces 25 years in prison. Above, a court sketch shows in a video appearance in Phoenix at a pre-trial detainment hearing 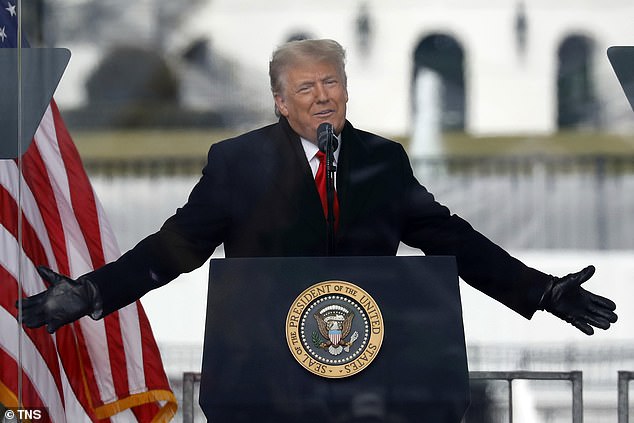 During his rally just prior to the riot, Trump had vowed to march on the Capitol with his supporters, but instead retreated to the White House to watch on TV

'Let's roll the tape. Let's roll the months of lies, and misrepresentations and horrific innuendo and hyperbolic speech by our president designed to inflame, enrage, motivate,' said Watkins.

'What's really curious is the reality that our president, as a matter of public record, invited these individuals, as President, to walk down to the capitol with him,' he said.

During his rally just prior to the riot, Trump had vowed to march on the Capitol with his supporters, but instead retreated to the White House to watch the events unfold on television.

Watkins said it was unfair to lump his client in with others who participated in the riot.

'As to my client, the guy with the horns and the fur, the meditation and organic food...I'm telling you that we cannot simply wave a magic wand and label all these people on January 6th the same,' he said. 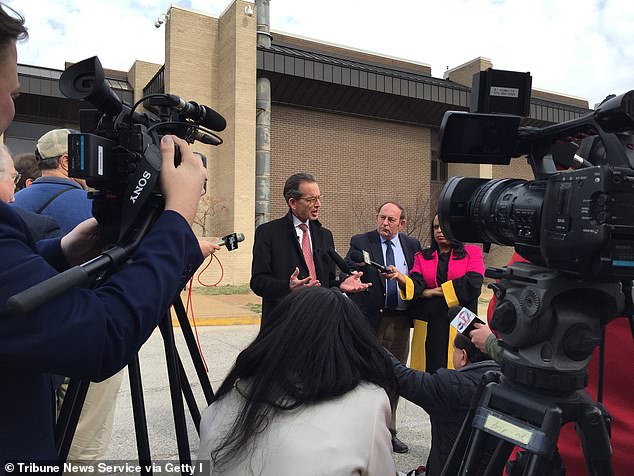 Attorney Al Watkins (seen in 2018) had made a public plea for Trump to pardon his client, and called the lack of a pardon a 'betrayal' that would spur a great awakening in Chansley 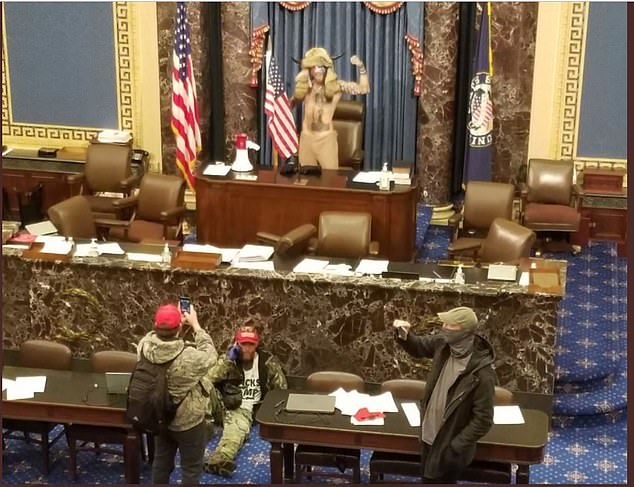 Watkins had made a public plea for Trump to pardon his client, but despite issuing a slew of pardons in his final hours in office, Trump did not pardon any participants in the Capitol riot.

'No one was holding their breath on the request and, as such, there is no need to exhale,' Watkins, who i based in St. Louis, told KMOV-TV of his pardon plea.

'The request was of extraordinary value in that it accorded Trump an opportunity to do what his followers believed would have been the 'honorable' thing to do,' said Watkins.

'Mr. Chansley, along with many others who were similarly situated, are now compelled to reconcile a betrayal by a man whose back they felt they had for years,' he said.

Watkins said Trump's indifference likely spurred a great awakening for his client and other January 6 participants, alerting him to the fact that their devotion to Trump was not reciprocated.

'They are compelled to be introspective and evaluate how they got where they are, the role of their former leader in that tragic course, and the vulnerabilities they share such as to be led down a primrose path by a man whose back is now squarely fading into the Mar-a-Lago sunset as he walks spiritually hand-in-hand with Lil Wayne,' he added. 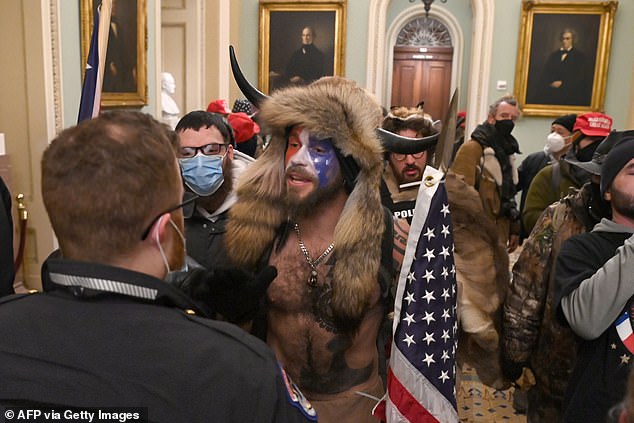 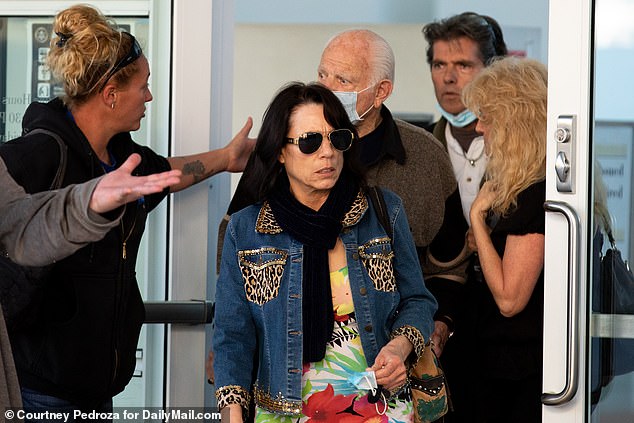 He compared Chansley's situation to being a jilted lover or even a member of a cult.

'The only thing that was missing at the Capitol was the president, our president, stirring up the Kool-Aid with a big spoon,' Watkins told the AP on Tuesday.

Last week, a judge in Arizona, where Chansley was arrested, denied his request for bail and ordered him transported to DC where he will be held pending further proceedings.

Arizona Magistrate Judge Deborah Fine said at a pretrial detention hearing: 'I do believe he was an active participant in a violent insurrection that attempted to overthrow the US government on January 6 2021.'

Fine said she made the decision on three concerns: that she believes Chansley is 'a serious flight risk', he 'poses a risk to obstructing justice' and is 'a danger to the community'.

The decision came after federal prosecutors submitted a detailed court filing saying Chansley had told federal authorities he was 'glad' he sat in Mike Pence's chair on the Senate dais.

The court documents revealed that he spewed QAnon conspiracy theories and said he was 'glad' because he believes the Vice President 'is a child-trafficking traitor'.

QAnon was the extreme and debunked conspiracy theory that claimed a global cabal of Satan-worshiping pedophiles was plotting against Trump. 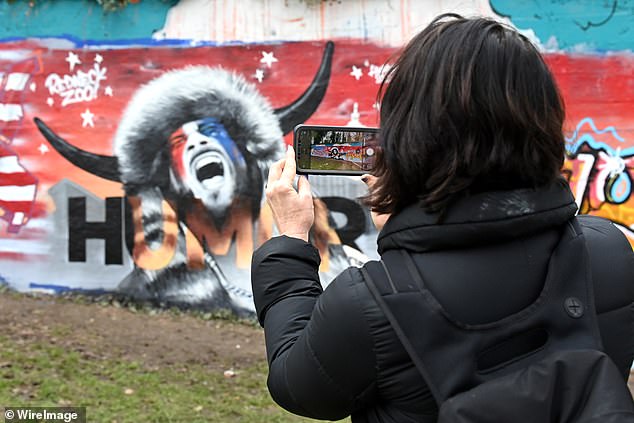 A mural depicting Chnasley appears on a wall in Tunbridge Wells, England 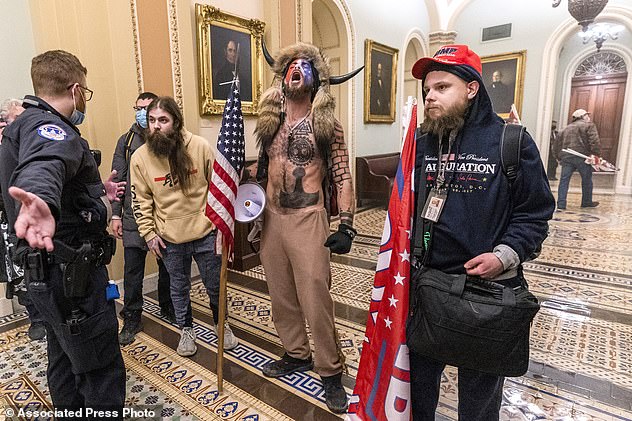 Chansley's lawyer says that he reached out to the White House about a possible pardon on behalf of the Arizona man, acknowledging it was a reach 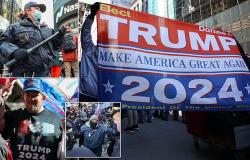 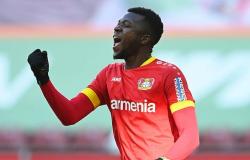