The letter to Gladys Jones arrived without fanfare - and probably without much hope of a reply.

It had been sent by a family she’d met just once on a Danube riverboat in Vienna five years earlier.

A little boy’s shoe had threatened to muddy her skirt as he’d knelt up to get a better view, but she’d laughed it off and accepted his father’s invitation for coffee and a slice of Sachertorte (a rich Austrian chocolate cake) by way of apology.

On Gladys’s return to England, she’d sent a note thanking him for his hospitality. Then, one imagines, this middle aged wife of a Chester dentist considered the encounter no more than a souvenir of her 1934 holiday.

Now, Frank Kessler and his wife Annie had tracked her down to say they and their son Harry, eight, were in mortal danger. 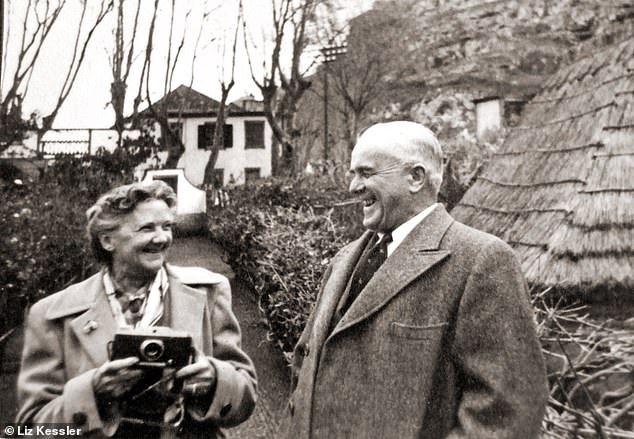 It was 1939 and they were Jews in a country which belonged to Hitler. They could flee - but only with an affidavit from someone beyond the Nazi empire willing to take legal and financial responsibility for them.

With Britain on the eve of war, Gladys and her husband William could have been forgiven for ignoring such a plea from people they barely knew and to whom they owed nothing.

Yet their reply was breathtaking in its generosity. ‘Come to England,’ it said. ‘We will do whatever you need.’

The Kesslers took what they could carry by hand and bought one way tickets on the trains still clattering out of Czechoslovakia and into a free Europe. 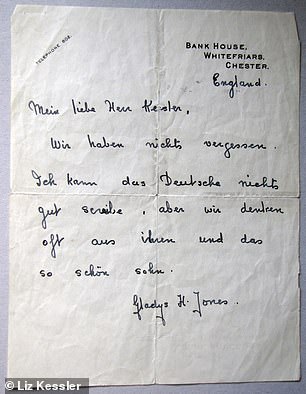 Gladys Jones's letter to Frank Kessler and his wife Annie

It would have been a nerve-shredding journey with every station stop, every examination of the papers identifying them as Jews, putting them at risk of imprisonment or perhaps even summary execution.

In the leafy village of Churton, seven miles from Chester, the Joneses were making good on their promise.

William organised a car to meet the ferry in Harwich while Gladys prepared the spare rooms in her big brick villa. She shopped for food for three extra mouths and found a place at the local primary school for Harry.

In Vienna, she had chatted to the Kesslers in her fractured German. Then, it had been endearing.

Now, it would be a lifeline until she could teach them English.

Frank and Annie, refugees cleaved from comfortable, middle class lives, repaid their benefactors by housekeeping and gardening but the Joneses real reward was without price: the knowledge that amid the unfolding horror of the Holocaust, they had saved three Jewish lives.

Gladys kept the Kesslers under her roof for a year, a radical act of kindness little known outside the two families for the last eight decades.

Now however, Harry’s daughter Liz Kessler, the five-million selling children’s author, has used their shared history as the basis for her new novel, When the World Was Ours.

The book tells the story of the Holocaust through the eyes of three Viennese children Jewish Leo and Elsa, and their best friend Max, tracking their lives from 1936 to 1945. 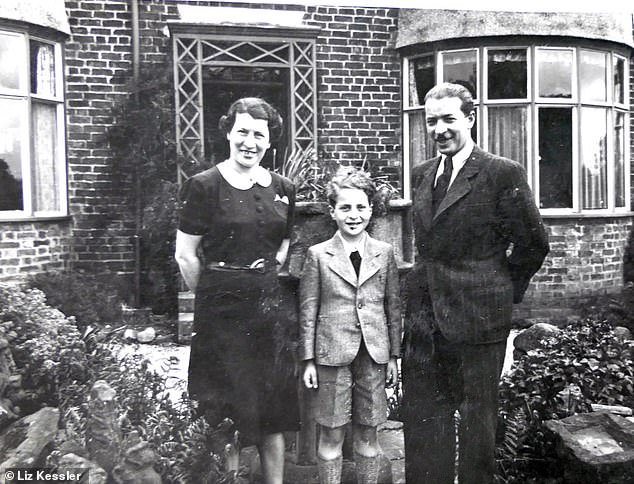 It opens with Leo crashing into an English couple Aileen and Eric Stewart as they share a cabin on Vienna’s fabled ferris wheel, the Riesenrad.

In the novel Eric Stewart is a dentist attending a dental conference in the Austrian capital, accompanied by his wife, just like the Joneses in 1934.

Leo’s gregarious father invites the English visitors back to his family apartment to meet his wife and have a slice of Sachertorte, as Frank Kessler did. When Aileen’s thank you note arrives he tucks it away in a cutlery drawer in the kitchen.

Harry Kessler, who is now 90 and lives in Southport, Merseyside, remembers the real note which would change the course of his life - though his father kept that in his study. 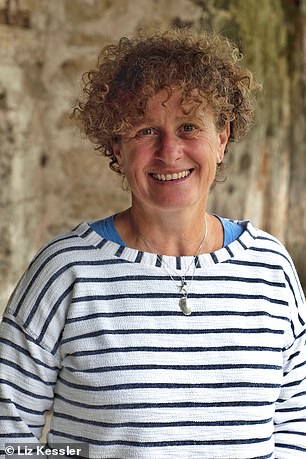 Harry’s daughter Liz Kessler (pictured), the five-million selling children’s author, has used their shared history as the basis for her new novel, When the World Was Ours

Written on headed paper from William Jones’s dental surgery in Whitefriars, Chester, it read: ‘My Dear Mr Kessler, We have nothing forgotten. I cannot well German write but I think often out of you and that so lovely son.’

It is signed Gladys H Jones and bears the practice’s telephone number, Chester 602.

Harry recalls: ‘I’d had whooping cough and as part of my convalescence my father took me for a Saturday afternoon steamer trip on the river to get some fresh air. I was only four in 1934 and I was kneeling up to get a better view.

My father said: ‘Careful Heinzele, you’ll dirty the lady’s dress!’ and she said ‘No, it’s alright,’ and went on to compliment my golden curls.’ (Gladys was herself the mother of two young sons, William and Leslie.)

‘They started to chat and talked and talked until Gladys and William realised all the other conference delegates had disembarked several stops earlier.

My father invited them to our apartment, gave them coffee and cake and then saw them safely back to their hotel.

Since the next day was a Sunday, he asked them if he could show them the real Vienna so they’d feel like more than just tourists. They accepted and weeks later Gladys’s thank you letter arrived. Father put it in his desk and that was that.’

We don’t know if it was sentimentality or a sense of foreboding which made Frank Kessler pack the note when the family fled Vienna after the Austrian Anschluss in 1938.

Since he’d been born in Czechoslovakia, he was entitled to settle there and the family found a new home and new work (Frank managed the menswear department of a smart store) in Brno, near Prague. 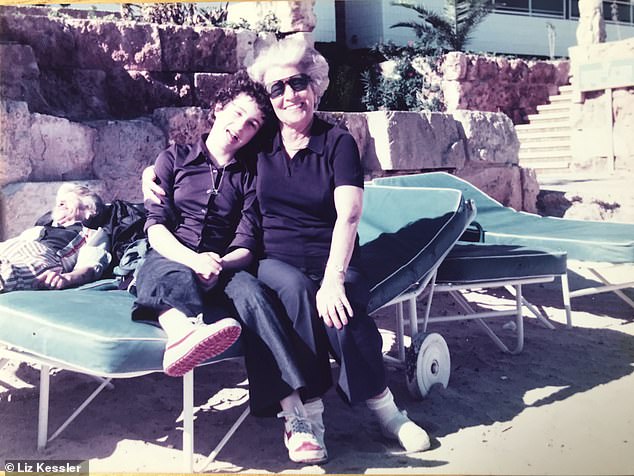 Harry Kessler, who is now 90 and lives in Southport, Merseyside, remembers the real note which would change the course of his life - though his father kept that in his study. Pictured: Liz Kessler with her mother

‘It was imperative we got away from Vienna,’ says Harry. ‘We did not believe Hitler would take Czechoslovakia. Of course, we were wrong.’

As that country too came under Nazi occupation, it was clear they’d have to seek sanctuary in England or America or face transportation to 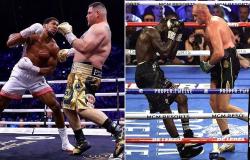 sport news Anthony Joshua vs Tyson Fury: Who has the better resume as undisputed fight ... 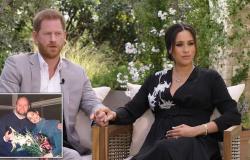 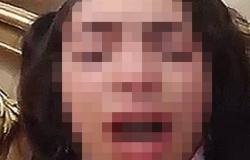 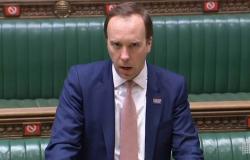 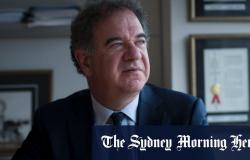 Budget 2021: What time is Rishi Sunak delivering the Budget tomorrow? ...