"We are working so our vaccine plan programme does not change," Di Maio said on RAI state television.

On Saturday Italian Prime Minister Giuseppe Conte said the delays in vaccine supplies were "unacceptable" and amounted to a serious breach of contractual obligations, adding that Italy would use all available legal tools.

Italy will have to rethink its whole vaccination programme if supply problems persist, a senior health official warned.

Asked why he thought the pharmaceutical companies had been forced to announce reductions, Di Maio said he believed they had simply bitten off more than they could chew.

"We are activating all channels so the EU Commission does all it can to make these gentlemen respect their contracts," he said.

Pfizer last week said it was temporarily slowing supplies to Europe to make manufacturing changes that would boost output.

On Friday, a senior official told Reuters AstraZeneca had also informed the European Union it would cut deliveries of its COVID-19 vaccine to the bloc by 60% because of production problems.

The cut in supplies announced by the two companies will put back vaccination of the over-80s in Italy by about four weeks and the rest of the population by about 6-8 weeks, Deputy Health Minister Pierpaolo Sileri said on Sunday.

"This kind of delay affects the whole of Europe and a good part of the world but I am confident the delay can be made up for further down the road," he said on Italian TV. 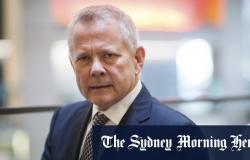