Thousands of protesters will defy coronavirus restrictions and take to the streets for 'Invasion Day' marches while the rest of the country celebrates Australia Day.

Rallies and marches are planned to coincide with official events throughout the day on Tuesday in the CBDs of all major cities.

Australia Day marks the anniversary of the arrival of the First Fleet of British settlers into Sydney on January 26, 1788, which to Aboriginal people marks the day their country was invaded.

Campaigners want the date of Australia Day changed and for January 26 to instead honour Aboriginals who died during conflicts with white settlers, and others who more recently died in police custody.

Last year saw tens of thousands in each city hold huge rallies and marches, shutting down CBD streets, but this year many will be illegal or have to be far smaller. 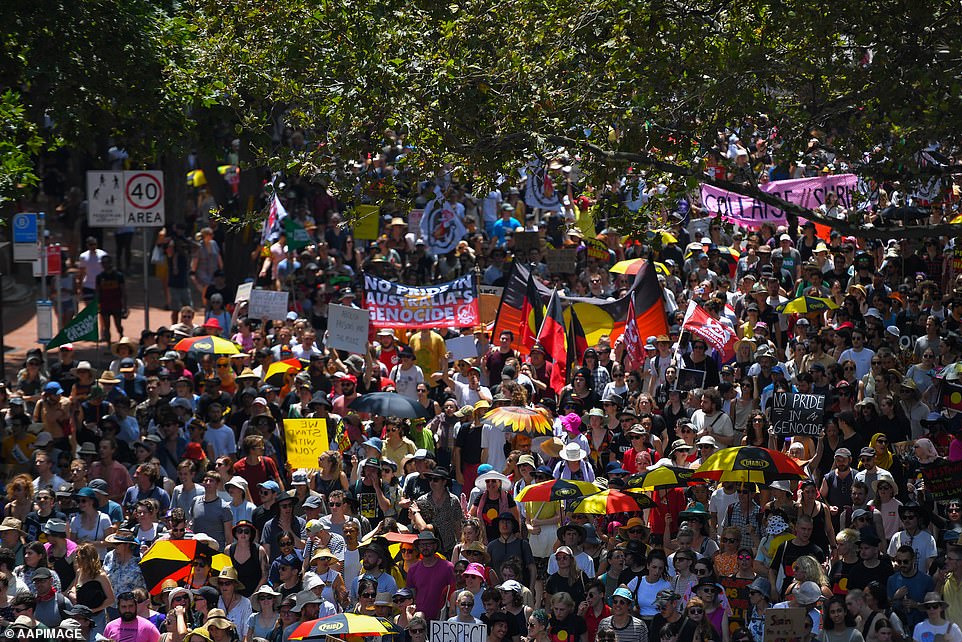 Pictured: Protestors march down Pitt Street during an Invasion Day rally in Sydney on January 26 2020 - before coronavirus restrictions 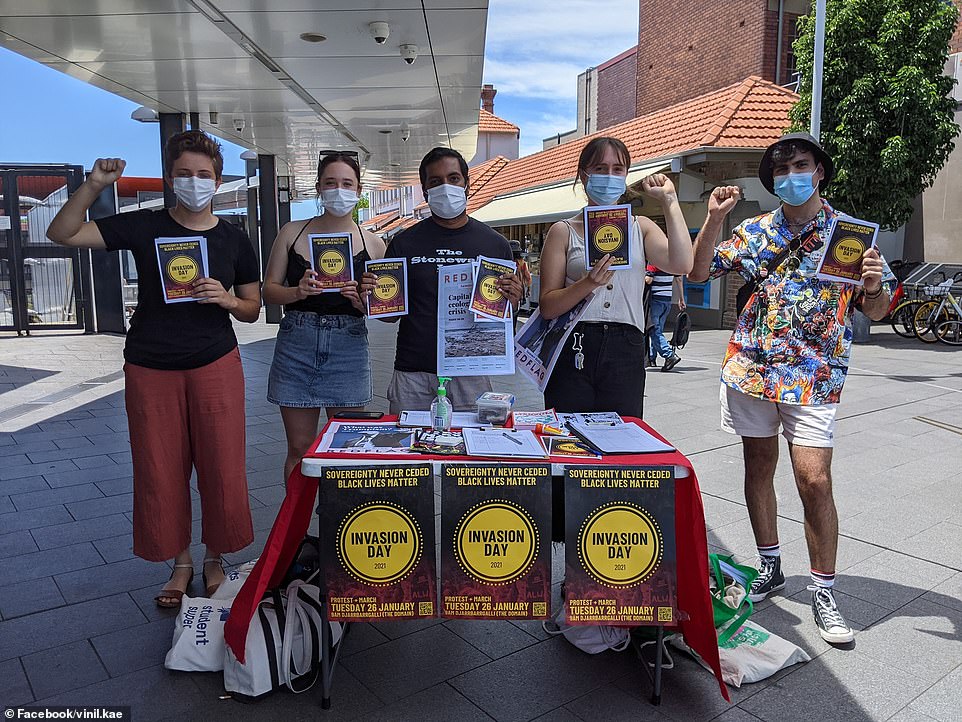 Pictured: a group of students handing out Invasion Day flyers at Newtown train station in Sydney's inner-west on Monday 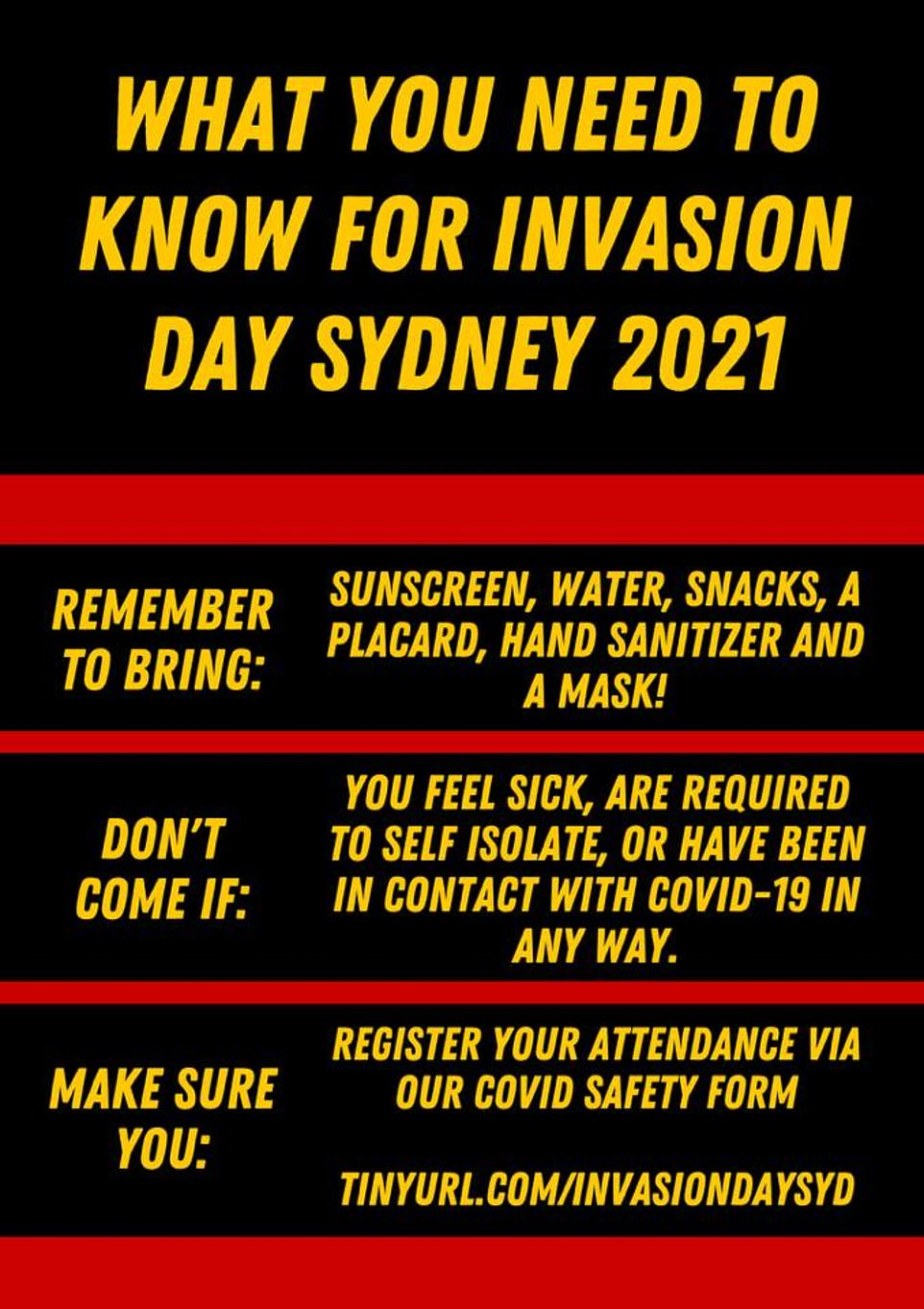 Sydney organisers have set up a Google doc with a seven-page Covid safety plan for the 31-minute march to Prince Alfred Park, with information on hand-washing, mask-wearing and social distancing

Each event pledged to maintain Covid safety with participants being asked to register their details with organisers in case there is an outbreak, wear masks, and stay at home if they feel unwell.

Police in Victoria will assist event organisers to maintain coronavirus public health orders to ensure groups of no more than 100 people are spaced at least 10m apart.

Organisers, Warriors of the Aboriginal Resistance, are demanding Victoria abolishes Australia Day and its continued celebration.

'There is nothing to celebrate on Australia Day,' WAR said in a statement on Monday.

'Aboriginal communities continue to be oppressed, policed, discriminated against and disenfranchised.

'Australian nationalism - a project reinforced by the Howard years yet continued by governments since - is nothing more than white supremacy, ignorance and racism.'

'There will be increased police presence out there on the streets, but don't blow the freedoms that we've got right here and now,' she told reporters on Monday.

The health department echoed Ms Horne's advice, telling Victorians to remain 'sensible' on Australia Day and not let their guard down.

Victoria Police said it was aware of several planned demonstrations in the CBD and issued a stern warning to would-be troublemakers.

'Anyone looking to attend an event to cause trouble can expect a firm response from police; you will be arrested and held to account if you commit a crime,' it said. 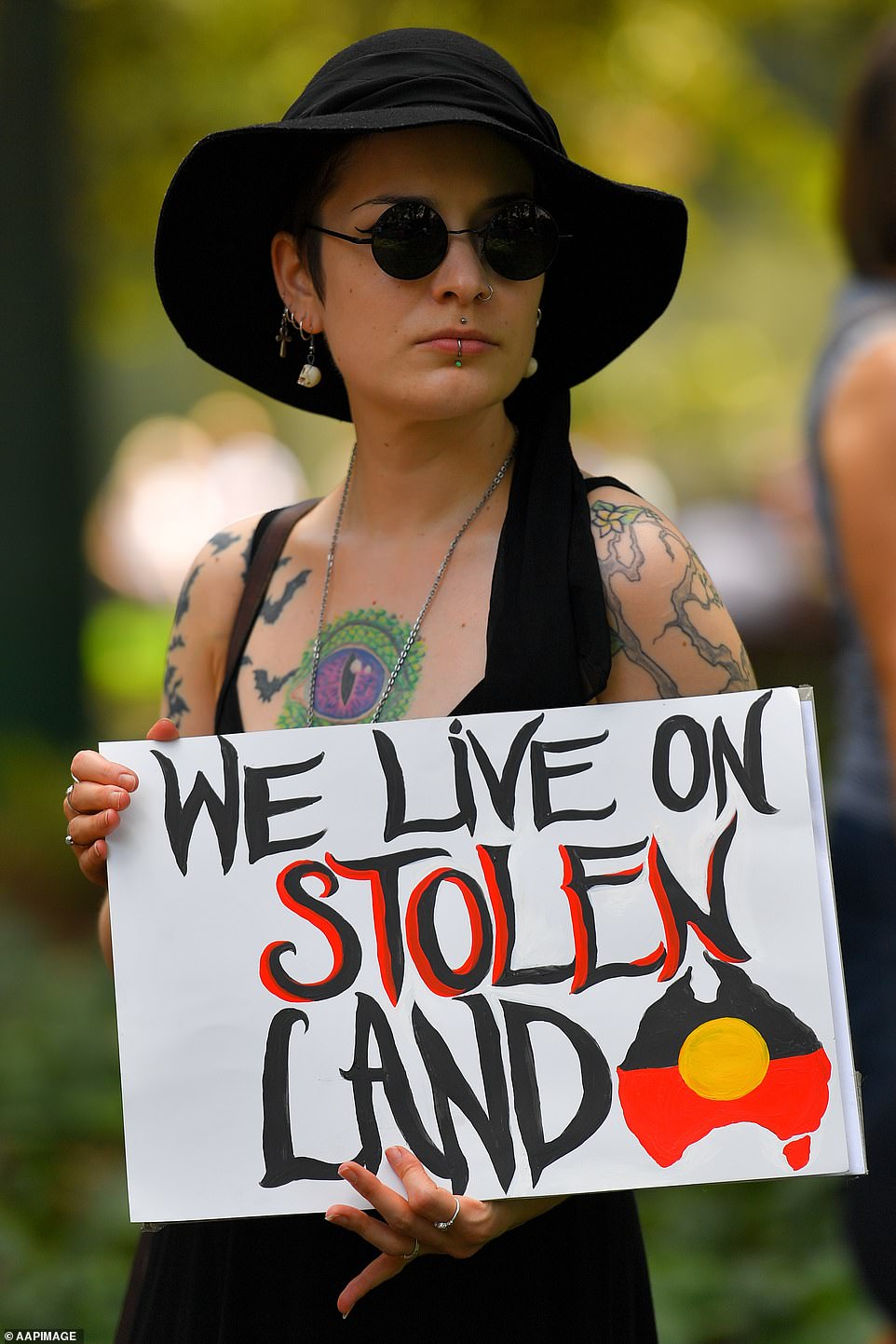 A protestor holds a placard during an Invasion Day rally in Sydney on January 26 in 2020. Last year's events attracted tens of thousands of people 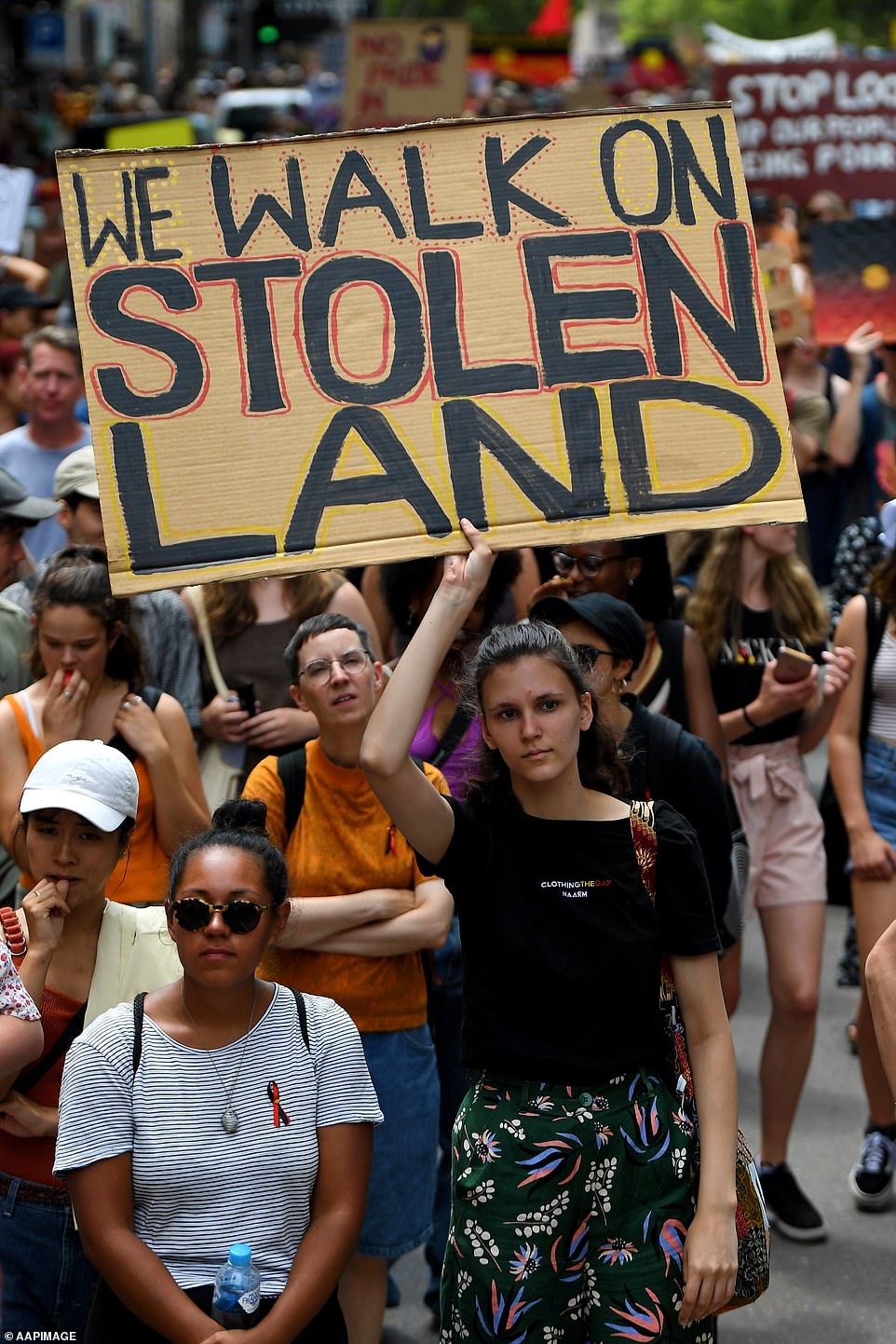 Protesters are seen during the Invasion Day rally in Melbourne, Sunday, January 26. City of Melbourne has supported the protests in 2021 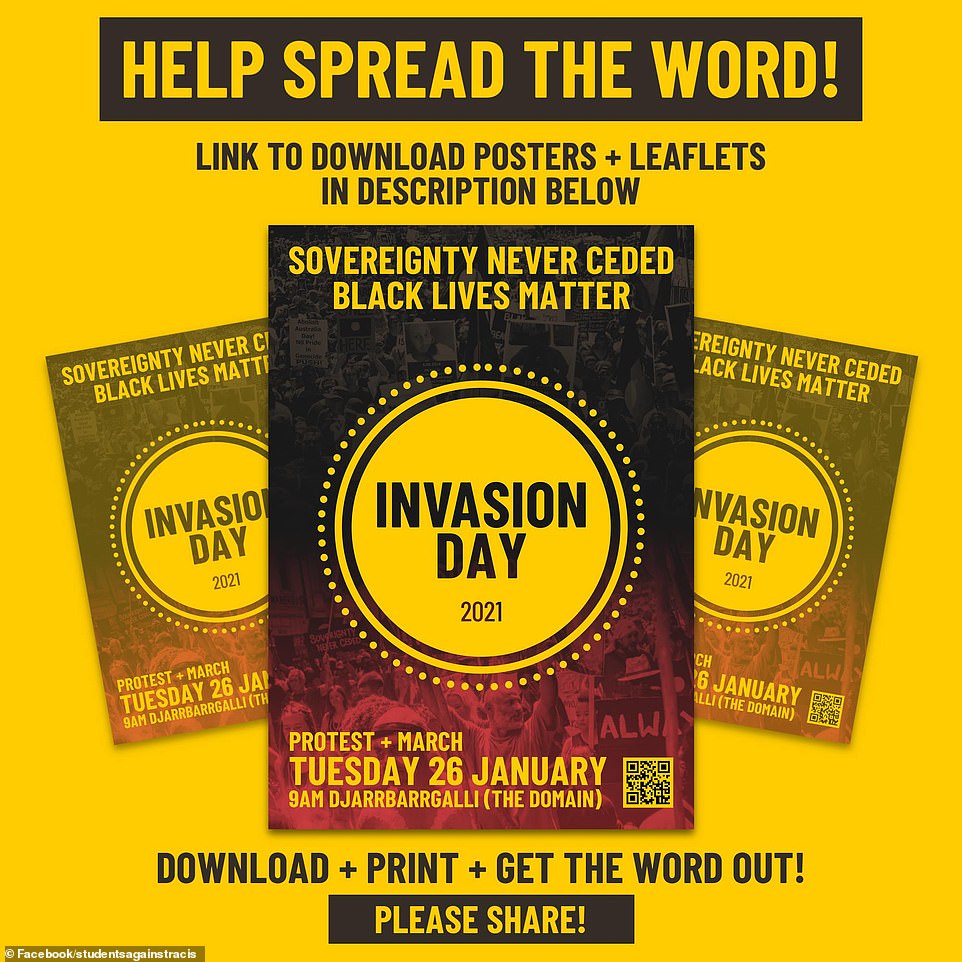 The Sydney protest, where strict gathering limits are still in place, has no official support and participants risk hefty fines of up to $1,000

However, the Sydney protest, where strict gathering limits are still in place, has no official support and participants risk hefty fines of up to $1,000.

Almost 7,000 people have indicated they plan on attending the event at the Domain at 9am, despite strict limits of 500 people in an outdoor space.

NSW Police told Daily Mail Australia the protest has not been registered properly with officials and is not authorised.

'At the current time, Public Health Orders state that the number of people attending an outdoor protest cannot exceed one person per two square metres of publicly accessible space to a maximum of 500 people,' it said.

Police added that officers recognise the rights of individuals and groups to protest, but maintained its first priority is 'the safety of the community'.

'We've issued a number of fines [for previous protests] and people have been before courts and people tomorrow will be exposed to fines because they'll be in breach of public health orders,' he told the radio station on Monday.

'I can't believe any organisation, let alone one that pretends to advocate for Indigenous rights, would say 'let's put aside the risk of Covid-19, let's breach public health orders, let's get together despite the pleas of the community asking them not to get together'.' 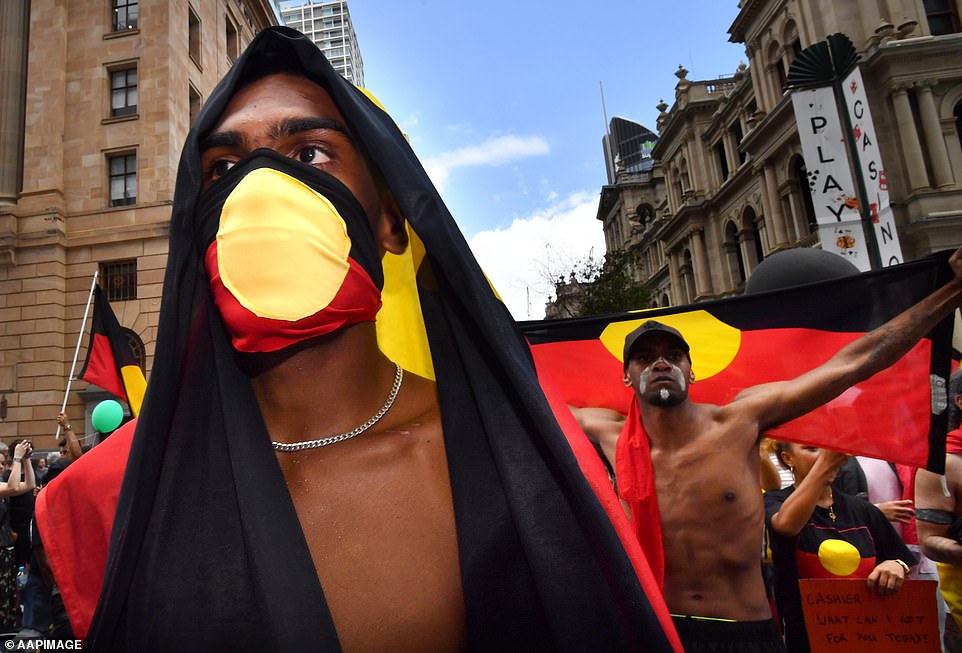 Protestors are seen during the Invasion Day rally in Brisbane, Sunday, January 26. One man  wears an Aboriginal flag as a face mask 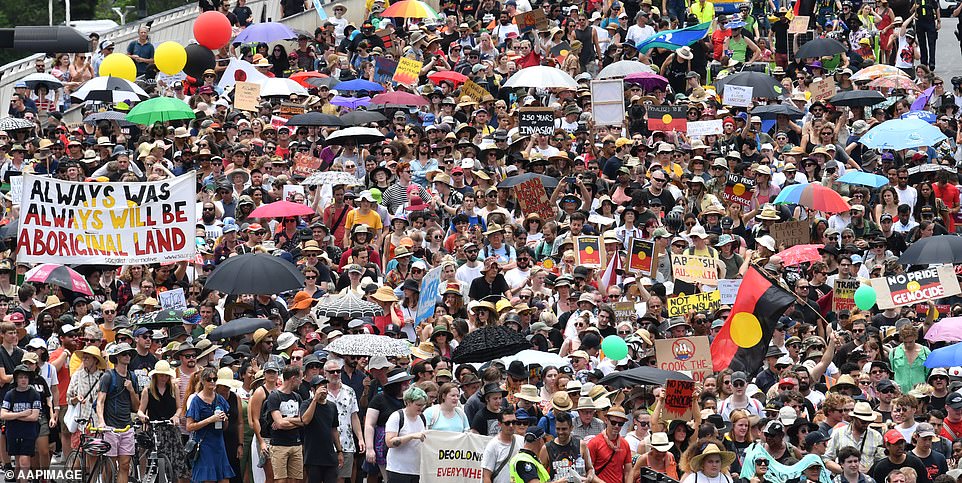 Nevertheless, organisers have set up a Google doc with a seven-page Covid safety plan for the 31-minute march to Prince Alfred Park, with information on hand-washing, mask-wearing and social distancing.

Designated Covid marshals will dispense hand sanitiser to those in need throughout the event.

About 6,000 Victorians indicated they would attend the protest on the steps of Melbourne's Parliament House at 10.30am on Tuesday, with aid of state authorities.

The City of Melbourne will be providing hand sanitiser, portable bathrooms, and help with contact tracing to ensure the event is Covid-safe.

No more than 100 people are allowed to gather at any one time in the state, and 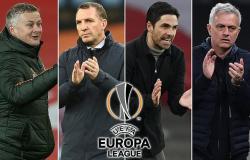 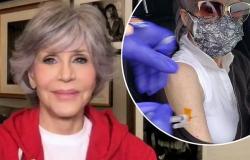 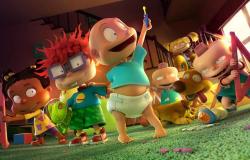 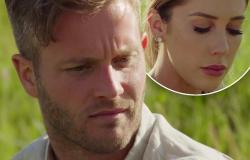 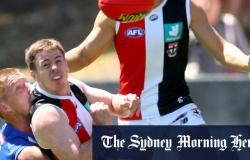