Yellen said Biden favors boosting taxes on companies and could raise rates on capital gains, noting the idea was 'worth considering.'

The administration is looking to boost the corporate tax to 28 per cent, Yellen noted.

But she ruled out a wealth tax - an idea favored by progressives.

'A wealth tax has been discussed but is not something President Biden' favors, Yellen said at a virtual Dealbook/DC Policy Project conference Monday hosted by the New York Times.

'It's something that has very difficult implementation problems,' she noted. 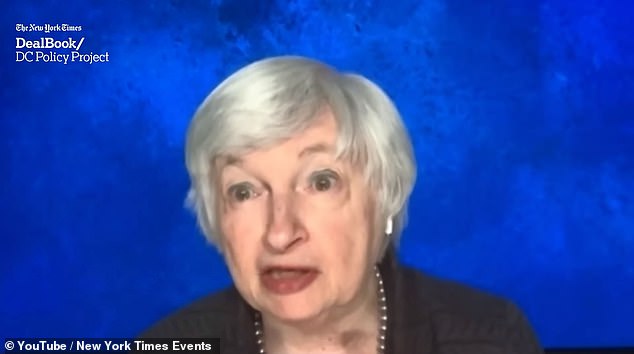 In the wide-ranging interview, she discussed COVID relief, the climate crisis, bitcoin, and the $20 bill.

Yellen is pushing for revenue boosts to help pay for Biden's $1.9 trillion COVID relief plan to help the long-term economic recovery from the coronavirus pandemic.

The U.S. unemployment rate is 6.3%, compared with 3.5% before the pandemic, which was widely seen as full employment.

But Yellen said that because 4 million people have dropped out of the labor force due to child care responsibilities arisen from the pandemic, the effective unemployment rate is close to 10%.

'Really, though, if you count in addition to the almost 10 million who are registered as unemployed, if you add in the four million who have dropped out of the labor force — for health reasons, because they have child care responsibilities — and two million people who have reduced hours or pay, we're looking at an unemployment rate that really is close to 10 percent,' she noted.

She said she would judge the success

PREV More than a quarter of lawmakers worldwide are women, but parity 50 years away
NEXT World is vulnerable to dangerous upsurge in nerve agents, Defence Secretary ... 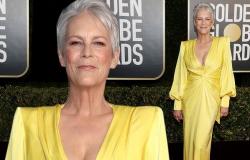 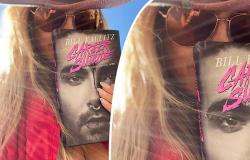 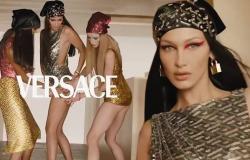 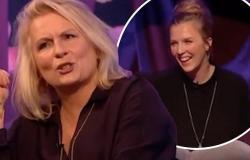