'Get the f*** down!' Shocking moment armed police arrest man in his 20s after he 'pulled out an axe at a clothing shop' in upmarket London neighbourhood Footage shows two armed policemen running and shouting at man to 'get down'  Officers raced to Swiss Cottage after being called to reports of man with an axe Eyewitness told MailOnline that he had 'pulled out axe' at nearby clothing shop Met Police said man was arrested on suspicion of carrying an offensive weapon

This is the shocking moment armed police arrest a man after he 'pulled out an axe at a clothing shop' in an upmarket neighbourhood.

Officers raced to the scene at around 8.25pm on Friday evening in Swiss Cottage, north-west London, after being called to reports of a man with an axe.

Footage shows the policemen being pointed towards the man, believed to be in his 20s, by a group of onlookers. The pair are then seen shouting at the man to 'get the f*** down' as they run towards him.

Police confirmed the man was arrested on suspicion of carrying an offensive weapon and remains in custody. No injuries were reported. 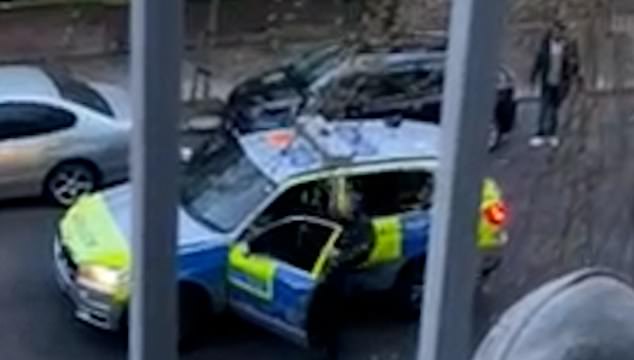 Two armed police officers raced to the scene at around 8.25pm on Friday

PREV Canada to not distribute JNJ COVID-19 vaccines until quality checks complete
NEXT Convoy of carnage: MAX HASTINGS writes about one of the most dramatic forgotten ... 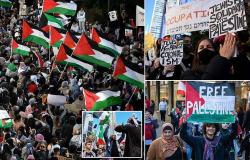 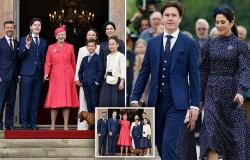 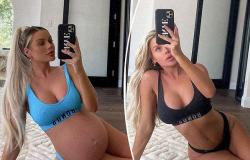