JERSEY CITY, N.J. (AP) — A New Jersey high school teacher has been suspended with pay after profanity-laced comments to students in his class about George Floyd, the man killed by a Minneapolis police officer.

A recording aired by WNBC-TV shows Dickinson High School science teacher Howard Zlotkin talking about Floyd and Black Lives Matter during what was supposed to be a climate change discussion in a landscape and design Zoom class.

Zlotkin, who is white, is heard to say people are “whining and crying about Black Lives Matter," and he then refers to Floyd with a profanity as a “criminal" who “got arrested and he got killed because he wouldn’t comply." Another profanity is heard as he continues that Floyd is being treated as a “hero."

The video and one taken the next day also included a profanity directed at a student and a vulgar gesture, WNBC reported. The student said Zlotkin grew irate when she and three other students challenged his position, and the four were told to write an essay on “why Black lives should matter” — an assignment not given to other students.

Superintendent Franklin Walker told NJ.com that the language used was “unacceptable.” He said the district is investigating the situation and that police have also been notified “because some of it could be at the same level as a hate crime.”

“The comments that were made were very biased and he shouldn’t be having that kind of discussion with the children — that had nothing to do with the subject matter in the classroom,” Walker said. “The position that he put the children in certainly was a very uncomfortable one by doing and saying those kinds of things.”

Jersey City Public Schools said in a statement late Thursday that the school had been taking statements from students “before proceeding with disciplinary actions" until video from the second day's class surfaced.

“The teacher will not have access to students or the school as we proceed," spokesperson Norma Fernandez said in the statement quoted on WNBC. “”We are appalled by the statements, profanity, disrespect and treatment of students.”

Zlotkin, who has been at Dickinson High School for 20 years, has also been suspended with pay from his adjunct professor position at Hudson County Community College, NJ.com reported. Spokeswoman Jennifer Christopher said “offensive and derogatory language” violates the college’s anti-harassment policy and professional conduct policy.

A message seeking comment was sent Saturday to Zlotkin, who declined comment to the New York Times, citing the investigation, but calling the footage a “very well-edited sound bite" and said he would “love one day to give my side of the story.”

PREV UK's Covid deaths fall by more than three quarters in a week with 7 fatalities
NEXT Convoy of carnage: MAX HASTINGS writes about one of the most dramatic forgotten ... 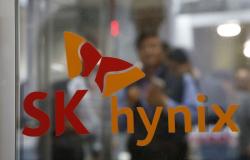 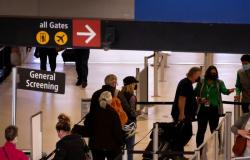 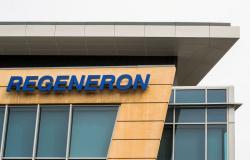 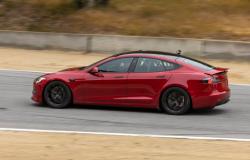