John Kerry sold off hundreds of thousands of dollars worth of shares in oil and gas firms after he was made Joe Biden's Special Presidential Envoy for Climate - and weeks after warning that mankind has just nine years to save the planet.

Kerry revealed in official disclosures that he has received millions of dollars from salary, consulting fees and from liquidating stock that he held since President Biden took office.

Documents that cover most of 2020 which run up to January 2021 reveal how Kerry, 77, also held hundreds of thousands of dollars of investments in energy-related companies that could well be affected by policies that he will help develop as Joe Biden's new climate envoy.

But he was warned by the State Department's ethics office that the investments were a 'significant risk of a conflict of interest' - and agreed to sell them.

Kerry held between $204,000 and $960,000 stock in around three dozen firms connected to the energy sector, including electric, oil and gas, and nuclear energy.

He has also previously held high-ranking positions within firms and entities that could now by affected by his climate policies. The details were all contained in documents obtained by Axios.

Kerry told in February that mankind only has a matter of years to  avoid a climate catastrophe.

He told CBS in February: 'Well, the scientists told us three years ago we had 12 years to avert the worst consequences of climate crisis. We are now three years gone, so we have nine years left.' 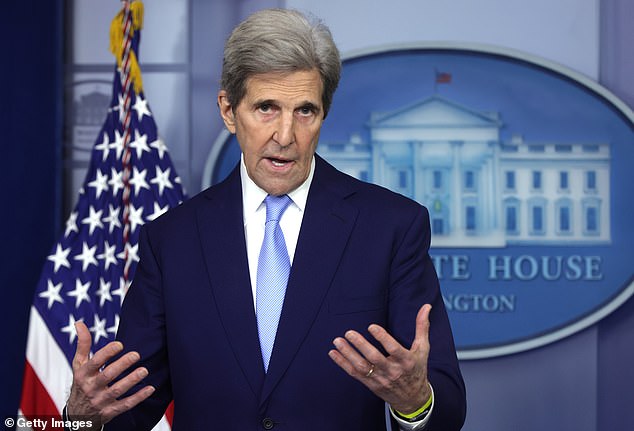 And he suggested that the Paris Accords on climate change - which America recently rejoined after Donald Trump withdrew - might not go far enough to help.

He said: 'Even if we did everything that we said we were going to do when we signed up in Paris we would see a rise in the Earth's temperature to somewhere around 3.7 degrees or more, which is catastrophic.'

The disclosure documents also show how when Biden entered the White House, Kerry received the bulk of his income from a $5million salary from Bank of America for his role as chair of its Global Advisory Council.

It means Kerry is among the

PREV Police searching for missing, endangered man in Unity
NEXT Convoy of carnage: MAX HASTINGS writes about one of the most dramatic forgotten ...