Tens of thousands of jobs are at risk from Sadiq Khan's plans for an outer London tax, Tory mayoral candidate Shaun Bailey warns. The Labour mayor is planning to charge people a daily fee of at least £3.50 to drive into London in an attempt to raise money for cash-strapped Transport for London. However, the charge – dubbed 'Checkpoint Chigwell' by its critics – will hit those that commute into London and domestic tourists coming to the capital, with 40,000 jobs at risk. Internal TfL estimates suggest the Greater London Boundary Charge – if levied at £3.50 a day and applying only to non-Londoners – could reduce the total number of weekday car trips across the GLA boundary by between 10 per cent and 15 per cent. This could translate into a £2.6 billion hit to London’s tourist economy, or nearly 40,000 jobs, according to Conservative analysis. The outer London charge has proved to be a touchstone issue at the London mayoral election with millions of people hit with the charge for driving into the capital’s suburbs. Tory London mayoral candidate Shaun Bailey said: “As London recovers from the pandemic, the last thing we need is another tax that will hurt businesses. Unfortunately, that’s exactly what Sadiq Khan’s outer London tax will do. 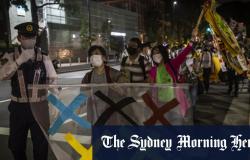