This heartwarming footage of a pet pooch and wild magpie holding hands while sleeping together in bed has gone viral.

Sweet English staffy Peggy was quick to alert her owner Juliette, 45, after finding a small magpie that had been left for dead while out on their usual daily walk back in September last year.

Juliette from Coomera, Queensland, Australia, said that while her adorable one-year-old pup is usually terrified of magpies, she was very concerned about this little bird.

The artist and her partner Reece, 52, obtained advice from a local wildlife specialist about how to best nurse the magpie back to health - and within a week, she had made a full recovery. 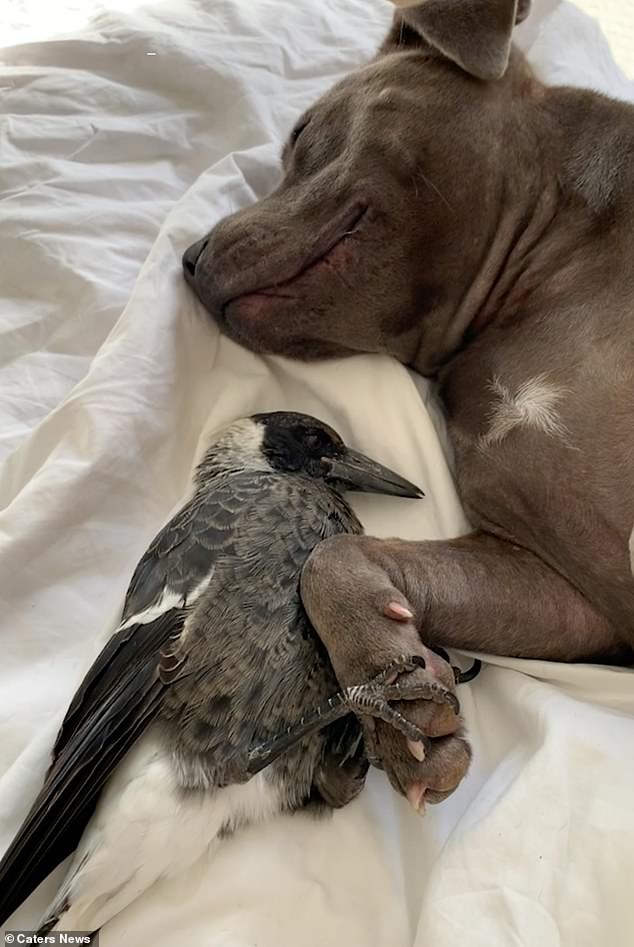 But after spending everyday with loving Peggy by her side, the magpie - which Reece named Molly - did not want to leave, despite being the couple persuading her to fly back into nature.

Now the adorable duo have gone viral, racking up a whopping 2.4 million views on a TikTok video that shows the loving pair appearing to hold hands while in bed.

Juliette said: 'Never in my wildest dreams would I have imagined a video I recorded of these two doing what they do best every day, being cute playing and snuggling together, would reach over 2Million people

'We've had messages of love flooding in from all over the world. 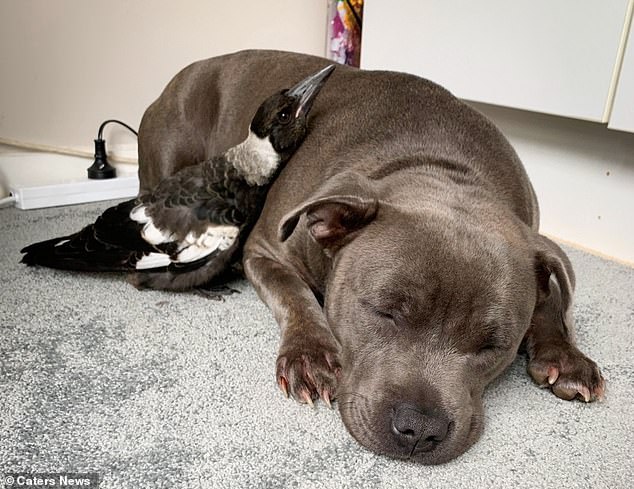 Juliette, 45, from Queensland, Australia, said that her staffy is usually terrified of magpies but was concerned when this small one was left for dead

'Before I put this video out there in the world I watched it one more time I knew it would be a popular one.

'But when the numbers started clicking over straight away, that's when I knew this was really special.

'I was checking every hour and ringing my partner as the numbers grew quickly.

'He told me he thought this video would reach 2 million but I didn't believe him.

'I feel really proud that I can use my skills to showcase these two in their natural environment just being them.' 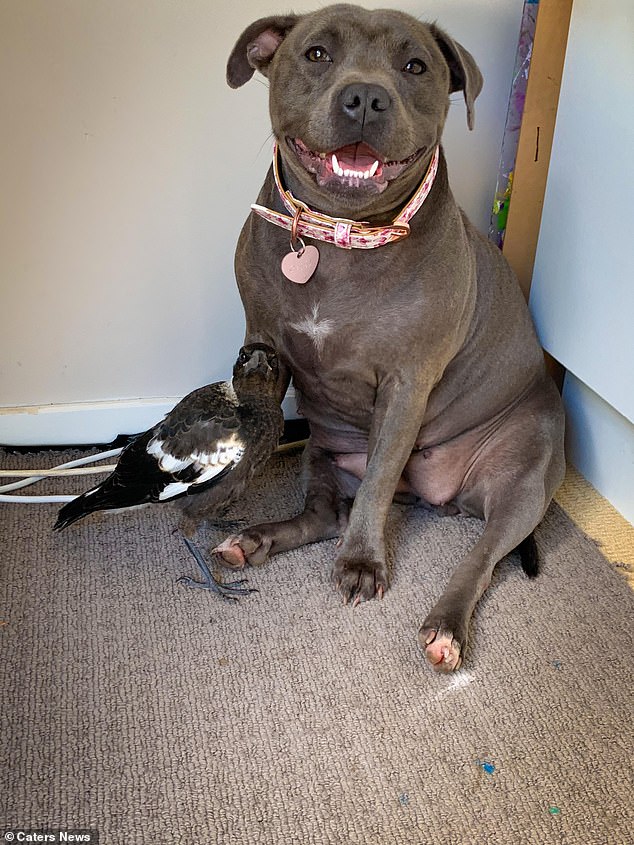 But after spending everyday with loving Peggy by her side, the magpie - which Juliette's partner Reece, 52, named Molly - did not want to leave, despite being the couple persuading her to fly back into nature

Molly the magpie became obsessed with Peggy and the pair became inseparable - with loving Peggy even producing breastmilk for the bird.

PREV Anyone living in Bolton is invited for Covid jab before 5pm today
NEXT State Police: 2 men shot to death in ABQ 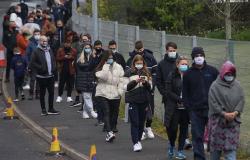 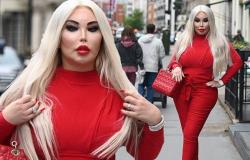 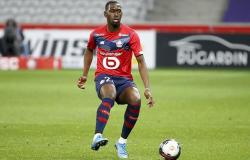 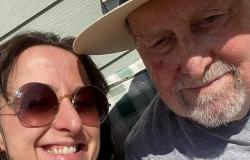