Trump's Scottish golf resorts are slammed for claiming up to $800,000 in furlough cash in two months despite axing dozens of jobs Former President of the US Donald Trump, 74, owns two resorts in Scotland Up to £575,000 of UK tax payer money was handed over during Dec and Jan HMRC is now investigating as at least 66 jobs have been cut since the summer

The Trump Organization has been slammed for claiming up to £575,000 from the furlough scheme for its flagship Scottish resort - despite making redundancies.

The former US president's Scottish firms have received over half a million pounds via the UK job retention scheme over a two-month period.

While the furlough scheme has been operational since March last year, HMRC's data currently only details payments claimed by employers during December and January. 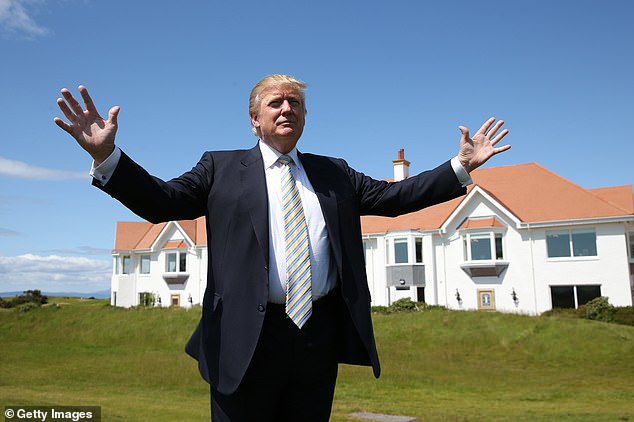 Former President of the United States of America Donald Trump, 74, visiting his Turnberry resort in Ayrshire in June 2015 after it's $10million (£7.19 million) refurbishment

Union bosses slated the 'scandal' and said axing staff while claiming furlough made a 'mockery' of a scheme designed to ensure employers retain staff.

It said at least 66 jobs had been lost at Turnberry since last summer, with some staff rehired on 'inferior' terms - and has now called for HMRC to investigate.

Mick Cash, RMT general secretary, said: 'It is clear to us that at the very least the principles of the job retention scheme appear to have been breached by the Trump Organization and that should now be subjected to a

PREV Over a quarter of EU adults would refuse COVID-19 shot, survey says
NEXT Convoy of carnage: MAX HASTINGS writes about one of the most dramatic forgotten ...