And Tim Kaine -- one of the great senators and great, great friend.

A guy I've relied on most of my career -- when I was in the Senate, we worked together; and as Vice President; and now -- is Bobby Scott. Bobby, thank you for everything you do. (Applause.)

And Congresswoman Luria -- we got to meet when you were in uniform, I think, if I'm not mistaken. And you're doing a great job, and thank you for being here.

And to all the faculty and the management and the folks here at the community college.

You know, one of the things that -- that I really found interesting, Jaiden, is that -- the major you took -- cybersecurity. We spent a lot of time, as my colleagues in the Congress and the Senate can tell you, worrying and dealing on -- with cybersecurity. And it's really important that -- now that we get this under control. And we have the best trained people in the world, and you're going to be among them.

I'm here today at Tidewater Community College to talk about the America's Family Plan and -- that I announced last week -- a once-in-a-generation investment in our families, in our children that addresses what people care most about and most need -- the investment we need to win the competition -- the competition with other nations for the future. Because we're in a race. We're in a race.

It all starts with access to a good education, as you all know. When America made 12 years of public education universal in America in the early 1900s, it made us the best-educated nation in the world, and you saw the benefits that came from that.

That's why my American Families Plan guarantees four additional years of public education for every person in America, starting as early as we can.

We were at an elem- -- elementary school earlier today. And what we're talking about here is -- it means universal, high-quality preschool for every three- and four-year-olds. Not daycare -- preschool. (Applause.)

And the research has shown, here at the great universities in this state and others, that children of that age who go to school -- they are far more likely to graduate from high school and continue their education beyond then, rather than start off behind the eight ball if they come from families that are not -- don't have educations -- college educations.

So we just visited, by the way, a fifth-grade classroom in Yorktown earlier today, where the students are back together with their classmates and teachers in school. And we saw what's -- what being in school means for those kids.

Safely reopening the majority of the K-through-8 schools was one of my top priorities in my first 100 days because there's so much that happens when they don't have the certitude and the companionship and the familiarity of being with their friends. There's an awful lot of need in this pandemic for mental health facilities and -- and counseling.

And we met that goal by working with the governor here to get educators and school staff vac- -- vaccinated and to get them the resources they needed to open up safely.

For some, it's two years of community college to earn enough credits to transfer to a four-year university -- which is available almost in every single state -- to become a teacher, an entrepreneur, or anything else. For some, it's getting extra training through a certificate program to get a good-paying job and a business in town.

We just met with the students at the HVAC workshop -- ambitious, talented students, who are up to taking the next step in their lives. And with the skills they're learning here -- and some of those students will go on to be plumbers and members of the Pipefitters Local 110, electricians -- look, it means higher union wages with guaranteed healthcare and pensions.

And, you know, it's kind of amazing -- one of the things -- I don't know if you know -- the First Lady of this state understands; she does, I'm positive -- that an awful lot of folks who even get an opportunity to go to community college still can't get there because of food, transportation, and those other costs. And so we're going to increase Pell Grants so they'll qualify -- (applause) -- every -- no, it would make a gigantic difference. It'll make a gigantic difference.

By the way, I have to admit: If I didn't have these positions, I'd be sleeping in the Lincoln bedroom -- (laughter) -- rather than the Vice -- the President's bedroom. But it really -- you know, it really is how to start to transform a life and family and community and our economy: by investing --- investing in the people.

Every child has a capacity to learn. And I've -- if I've heard it once, I've heard from Jill a thousand times: 'Joe, any country that out-educates us will outcompete us.' And that's a fact. And she'll be deeply involved in leading this effort as well.

The second thing: The American Families Plan is going to provide access to quality, affordable childcare, keeping parents -- helping parents go back to work, providing a lifeline and benefits for children as they do better in school throughout their lives.

You know, it guarantees low- and middle-income families pay no more than 7 percent of their income for high-quality care for children up to the age of five. And that makes a gigantic difference. There's millions of women out of work today not because they're not qualified for the jobs they have, but -- they can't take care of their children and do their job. And the cost of childcare is extraordinary.

I was a single father when I first got elected to the Senate. I had two young boys raised after their mom and sister were killed, and I've -- had I not had the family I had, I'd never been able to do it. And I'm not joking about that. And I was a senator; I was making a decent salary.

The most hard-pressed working families won't have to spend a dime if, in fact, my plan works. If you're low-income folks, you'll be able to get childcare for free.

Third, the American Families Plan is going to finally provide up to 12 weeks of paid and medical leave -- paid family and medical leave. We're one of the few industrialized countries in the entire world that doesn't have this feature. No one should have to choose between a job and a paycheck or taking care of themselves, their parent, their spouse, or a child that's ill. They should have that opportunity.

And the fourth piece of the plan: The American Families Plan puts money directly into the pockets of millions of Americans. In March, we extended the tax credit for low- and middle-income families with children.

Now, if I could hold a second here, what -- you know, if you have -- make enough money and you're paying taxes, you end up in a situation where you get to deduct $2,000 per child as a tax benefit. You don't get it back, but you get to deduct it.

So, we put in place -- and a number of my Republican colleagues shared the view too -- although none on the voting floor -- but they -- but I think they share it as well -- and that is: Up to $3,000 per child six years and older; and $3,600 for a child that is over six year- -- under six years of age. That means two parents and two young kids with -- they get a check back from the government for $7,200 in their pockets, which they're doing now, which can help them take care of your family. And it will benefit more than 65 million children. And all the data shows it will cut child poverty in half this year -- cut it in half.

My plan extends the tax credit at least through the year 2025. Because what's going to happen in 2025, as the press knows, is the tax cuts of the last President expire. And we're going go back -- that put us $2 trillion in debt. And then we're going to compete as to what tax credits there are. I think it's about time we start giving tax breaks and tax credits to working-class families and middle-class families instead of just the very wealthy.

And here's what the American Families Plan doesn't do: It doesn't add a single penny to our deficit. It's paid for by making sure corporate America and the wealthiest 1 percent just pay their fair share.

I come from the corporate capital of the world. More corporations are incorporated in the state of Delaware than all the rest of the nation combined. And I'm not anti-corporate, but it's about time they start paying their fair share.

It's about making a choice. You know, we

PREV Serious Fraud Office launches money laundering probe into business empire of ...
NEXT Convoy of carnage: MAX HASTINGS writes about one of the most dramatic forgotten ... 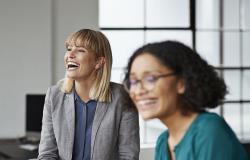 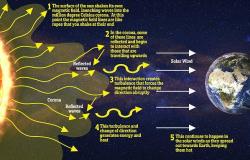 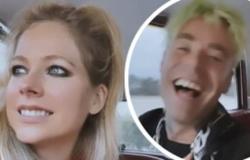 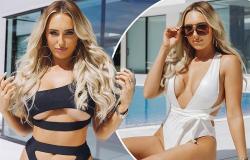 TOWIE's Amber Turner flaunts her curves in sizzling swimwear as she launches ... 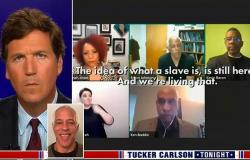