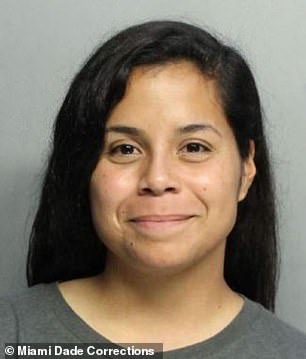 Audrey Nicole Francisquini, 28, is accused of conducting the elaborate ruse at American Senior High School in Hialeah on Monday

An ex-cop turned cruise line worker sneaked into a high school prom disguised as a teenage skateboarder to try and get students to follow her Instagram, it is claimed.

Audrey Nicole Francisquini, 28, has been slapped with multiple charges over the incident which occurred at American Senior High School in Hialeah on Monday morning.

The aspiring influencer allegedly wore a backpack and carried a skateboard in order to appear a decade younger than her actual age.

She is accused of stopping multiple students to give them printed pamphlets with her Instagram name on it, and is said to have tried crashing the school's prom, according to CBS12.

Investigators have not shared details of that account, although DailyMail.com has tracked down an Instagram belonging to Francisquini whose stories show her dressed in a skateboarder-style t-shirt, shorts and mis-matching trainers.

Her posts see her ranting about Joe Biden, designer clothes, her ex-partner and the police department she used to work for - sometimes while wearing a Satan mask.

Francisquini was arrested on Monday after being spotted by a school staffer who asked her to report to their registration office, only to begin wandering the halls of American Senior.

The wannabe social media star also filmed herself inside the school and shared the footage to her Instagram Stories, it is alleged. These have since disappeared. 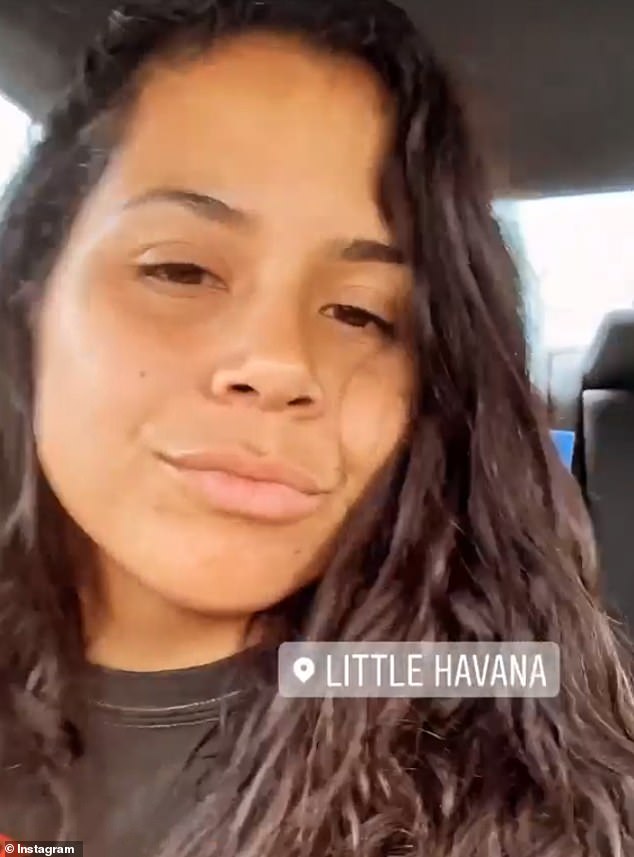 The aspiring influencer allegedly wore a backpack and carried a skateboard in order to appear a decade younger than her actual age. Francisquini is pictured on her Instagram account 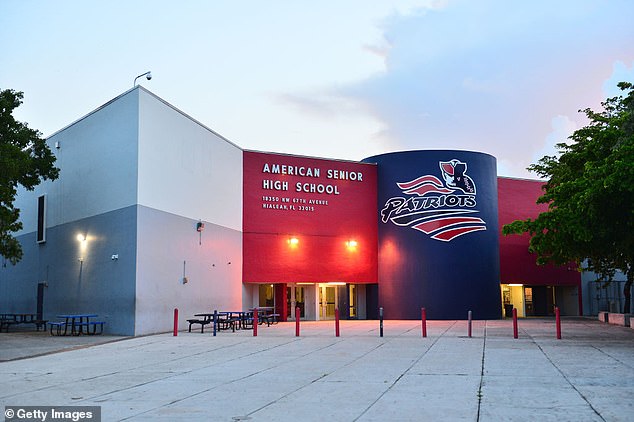 Security officers say Francisquini initially asked to go to the registration office before she began wandering the halls of the school (pictured). She was arrested shortly afterwards