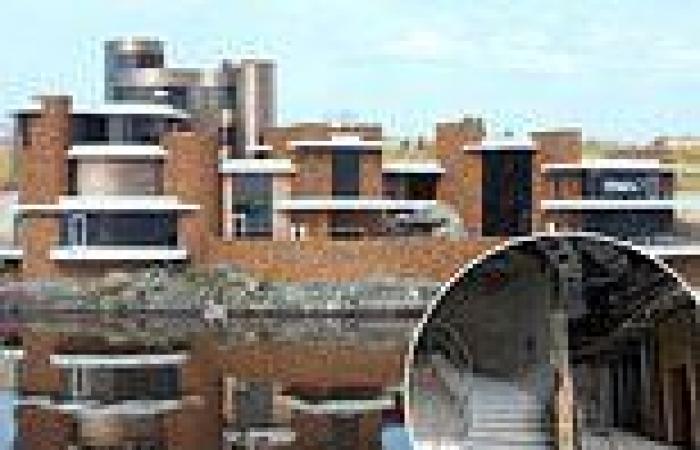 Jaw-dropping footage shows how Canada's largest house - a 65,000-square foot lakeside mansion - has fallen into disrepair since being abandoned during the financial crisis.

The unfinished property - named the Peter Grant Mansion after its intended owner - is packed with luxurious features such as a waterfall, small golf course, two swimming pools, indoor boat garage, squash court and an observation lighthouse.

It sits on the picturesque Lake Temiskaming in Northern Ontario, and was abandoned during the financial crisis of 2008, despite being close to completion.

The property, which has curved walls and floor-to-ceiling windows, has been left to rot ever since. A YouTube video tour of the property created by Jake Williams, founder of the Toronto-based Bright Sun Films, reveals the mansion's winding staircases, towering windows and curved architectural features.

Williams could be heard exclaiming: 'What a waste!' as he entered the abandoned home.

The Peter Grant Mansion sits on 43 acres of property and was last listed in 2010 as costing $25million. It was near completion before the 2008 economic recession financially crippled its owner and his company. Grant now lives at another luxurious property within the grounds of a nearby golf course. 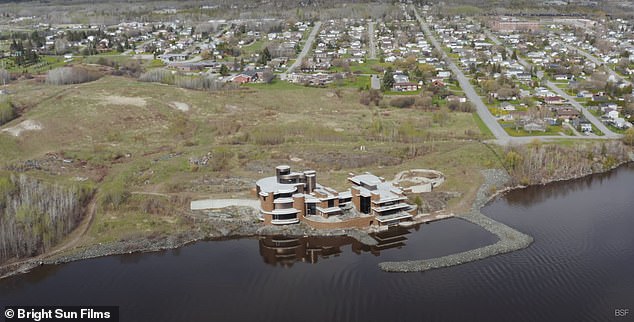 Named the Peter Grant Mansion, the building sits on 43 acres on the shores of Lake Temiskaming in Northern Ontario 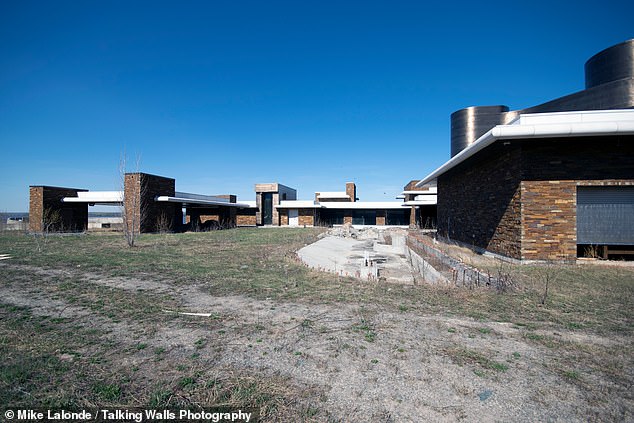 It features a waterfall, small golf course, two swimming pools, indoor boat garage, squash court and an observation lighthouse, but has been left to rot for over a decade.

'It's hard to even comprehend how much is still left behind here,' Williams says in the YouTube video. 'Since this building got so far in construction, many of the exterior and interior fittings were near completion. Utilities were even in a working state by the time of abandonment.'

Williams explained that he talked to engineering professors and industry experts to find that the total prices of the mansion's salvageable materials amount to roughly $1.8million.