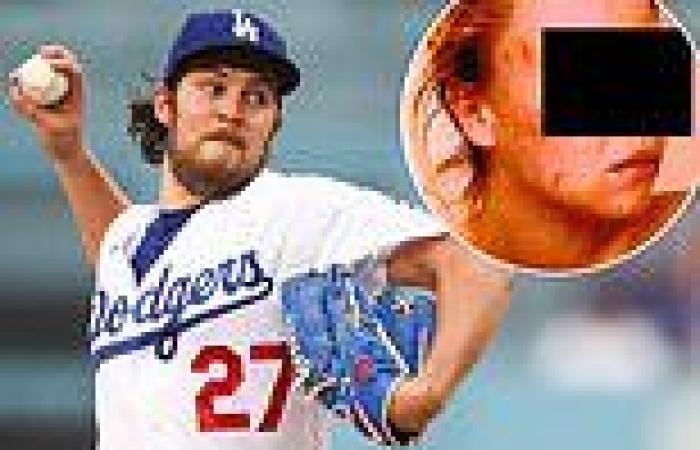 Bauer will not be with his Dodgers teammates when they visit they make a planned stop at the White House on Friday to commemorate their 2020 World Series title, but that's because the 30-year-old was not a member of that team and only joined Los Angeles as a free agent before this season.

As for Bauer's expected start on Sunday, Dodgers manager Dave Roberts deferred to MLB when speaking with reporters, saying that the decision to start Bauer in Washington is 'out of our hands.'

'I'm in the position of following the lead of Major League Baseball,' Roberts told reporters Thursday. 'Their recommendation was for us to ... he was our scheduled [starter] Sunday, and to move forward and start that game on Sunday. And so for me to try to read into it anymore outside of what they advised me and us to do, I just choose to follow their lead.'

Bauer, who is disputing the allegations, has not been charged with a crime, but under the league and union's joint domestic violence policy, MLB commissioner Rob Manfred can put a player on administrative leave during an investigation. Teams are not permitted to impose punishments for players without league approval, according to The Associated Press, but it's unclear if scratching Bauer from a start would fall under that category.

A MLB spokesman did not immediately respond to DailyMail.com's request for clarification.

Robert said he spoke with Bauer but refused to share details of the conversation before declining to speak any further on the subject. Likewise, Bauer did not speak with reporters on Thursday

New court filings obtained by DailyMail.com on Thursday show Bauer's accuser scratched and bruised after he allegedly choked and punched her while they were having sex.

The woman, identified as 'Ms. Hill' at her attorney's request, filed for a domestic violence restraining order against Bauer on Tuesday. That petition, which surfaced Wednesday, includes photographs of injuries Hill allegedly suffered during sex with Bauer, such as black eyes and scratches to her face.

Also included are text messages between Hill and Bauer, in which he expresses concern for her injuries, as well as medical documentation for her intercranial hemorrhage, spinal cord injury, and concussion.

Bauer is currently being investigated in the case by Pasadena (California) police. He previously denied assaulting Hill when the allegations first surfaced earlier in the week, claiming through his attorney that she asked him to be rough during consensual sex. Major League Baseball is 'looking into the matter,' according to Tuesday's league statement.

No charges have been filed against Bauer. A Pasadena Police spokeswoman declined to comment on the department's active investigation to DailyMail.com on Thursday.

Hill, 27, said she had sexual encounters with Bauer in April and May, but that both episodes turned violent. She specifically alleged that Bauer punched her in the face, vagina, and buttocks, and strangled her with her own hair until she lost consciousness. Hill was later hospitalized for her injuries.

During one encounter, Hill claims she passed out and found Bauer sodomizing her when she regained consciousness.

The following day, Hill said, Bauer asked Hill jokingly if she was 'feeling a little sore this morning?'

Hill said she told him that she didn't enjoy it and said he seemed to understand.

Bauer continued to communicate with Hill over text messages and social media for the next three weeks, discussing baseball and her new job. Some of the conversations were of 'a sexual nature.'

When the pair met again, Hill said they agreed on a safe word which she says Bauer ignored, choking her until she lost consciousness. When she awoke, he was punching her in the face, she claimed.

'This was the first punch I felt but it is very possible that Trevor had already been punching and scratching the right side of my face while I was unconscious,' she said.

'I was absolutely frozen and terrified. I could not speak or move. After punching me several times, he then flipped me back onto my stomach and began choking me with hair. I lost consciousness again.'

Hill said that she was crying and shaking after regaining consciousness and that Bauer reportedly began to console her, allegedly saying: 'You're safe. I'm here. You're

PREV How one of Australia's first gay marriages turned to tragedy
NEXT Covid cases plummet by 39 per cent to 48,161 compared to last week 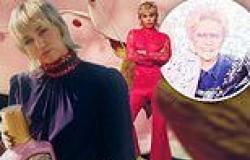 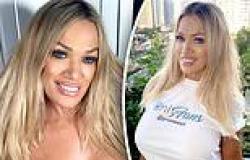