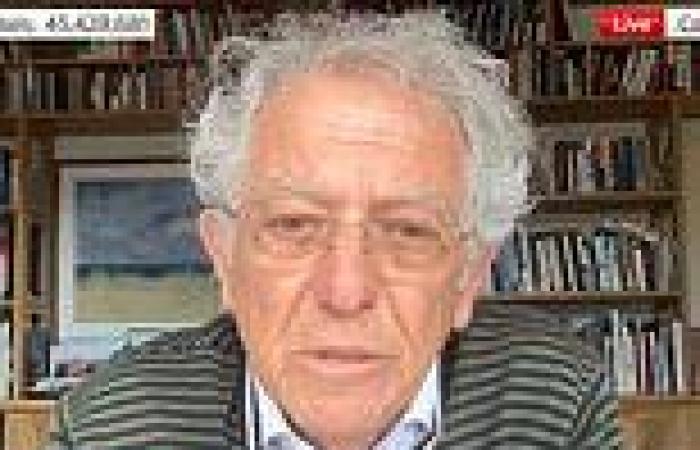 A former Chief Scientific Adviser has warned that the decision to remove most lockdown measures on July 19 is 'very, very risky' and claimed that the number of people dying with coronavirus will rise dramatically within three weeks - despite most adults being vaccinated.

Sir David King, the chairman of so-called Independent SAGE, said he was shocked to learn that Boris Johnson is pushing ahead with plans to scrap restrictions including compulsory mask-wearing and social distancing in England from the so-called 'Freedom Day' in two weeks.

Giving a gloomy prognosis to Sky News today, he also warned that hundreds of thousands of people could 'suffer life shortening' due to the effects of so-called 'long Covid'.

Sir David said: 'I just actually can't quite believe that in one step we will remove all of the requirements that have been placed on us, including wearing face masks when indoors, when on trains etc - public transport, including not having children aged 12 to 18 vaccinated.

'All of this seems a very, very risky way forward to me, so I think what we will have to expect is that after July 19 we will see the doubling rate of the disease, which is currently nine days - that we may well see it go up shorter, and this would be despite the fact that more people will have been vaccinated.

'Now this is really rather terrifying, so we musn't just focus on the number dying. We must look at the long-term impact on these otherwise would-be healthy people who just haven't been able to shake this off - and these people will suffer from life shortening due to the impact this has on their inner organs, their lungs.

'So I think if we take it all in all, it just seems to me to be very, very risky after this long period again of lockdown. So I think yes, vaccination is extremely successful, but for a government to rely on one means of managing this epidemic to me seems really quite remarkable. It's a very risky programme.'

It comes as Chief Medical Officer Chris Whitty warned that Britain will not return to a pre-pandemic normal until at least next Spring while lockdown restrictions could be reimposed this winter - even though Cabinet ministers are pressing ahead with easing curbs from July 19.

As the coronavirus crisis reaches its latest crucial phase, it emerged:

Britain's daily Covid hospital admissions have reached a four month high, rising by 50 per cent in a week; Department of Health figures posted today also showed hospitalisations reached 406 on June 30; Shops, pubs and airlines that continue mask rules after July 19 have a legal right to turn away customers; Sajid Javid revealed the requirement for the double-jabbed to self-isolate will not be dropped until August 16; School bubbles to be scrapped but isolation rules for children of positive cases will stay in place until August; Six of the ten areas worst-hit by Covid in Europe are currently in Scotland, according to data; England and Wales recorded more deaths last year during pandemic than at anytime since the Spanish flu; Leave voters are more willing than Remainers to ditch masks when laws demanding their use are scrapped. 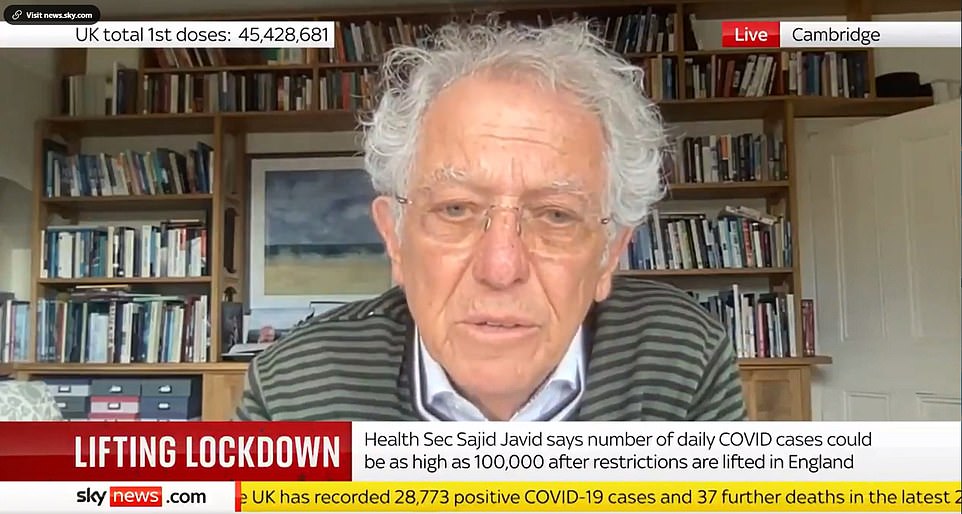 Sir David King, chairman of the so-called Independent SAGE, said he was shocked to learn that Boris Johnson is pushing ahead with plans to scrap restrictions including compulsory mask-wearing and social distancing in England from the so-called 'Freedom Day' in two weeks 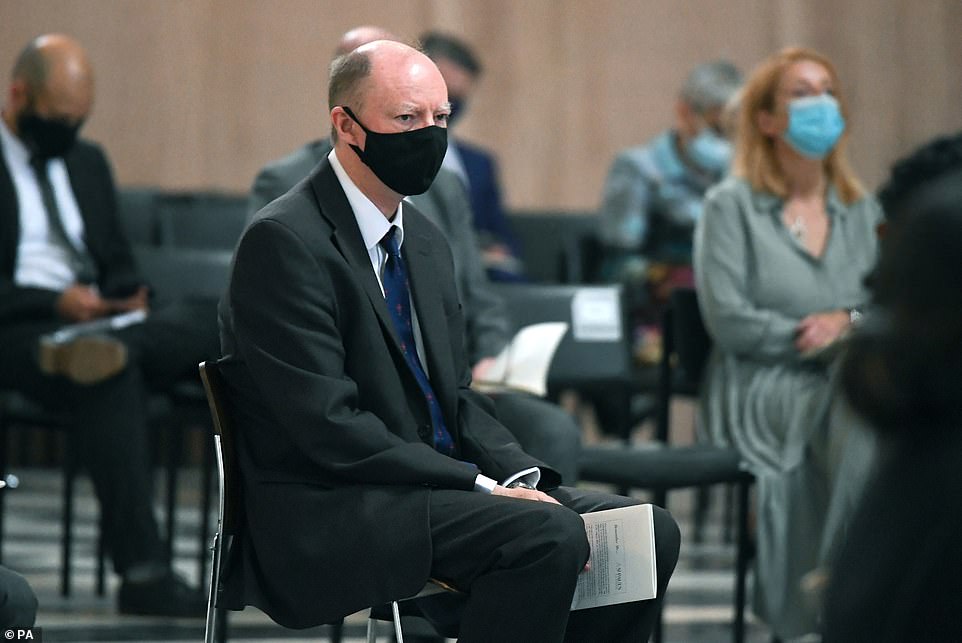 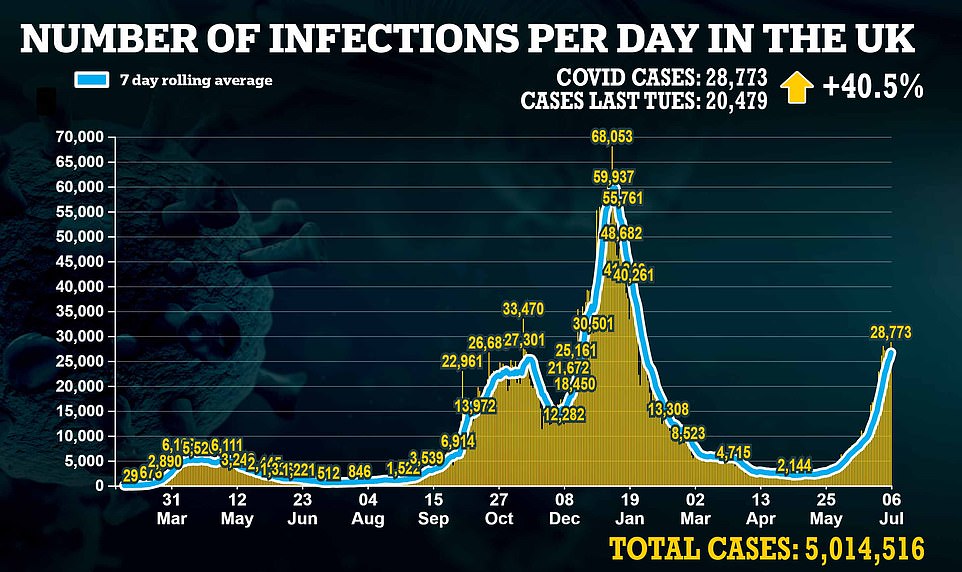 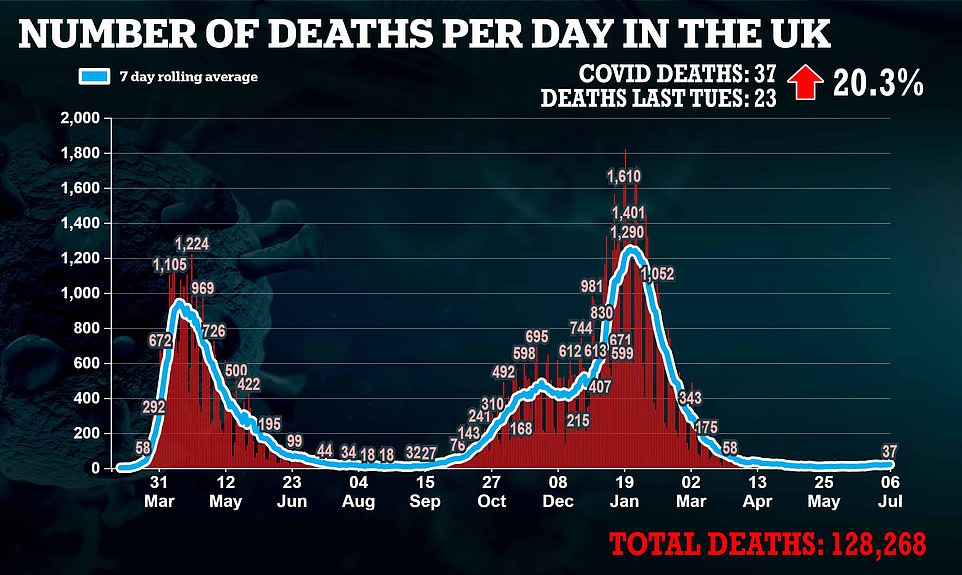 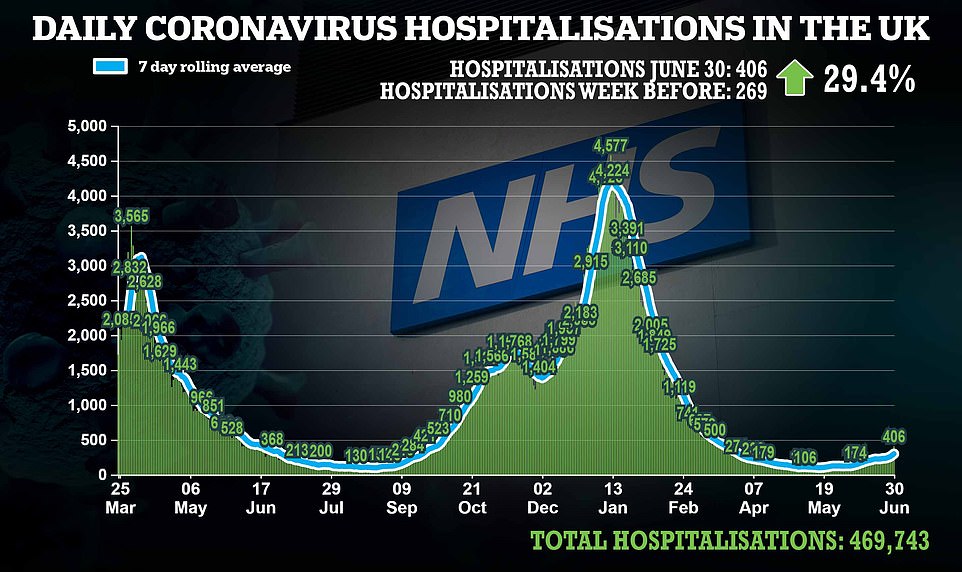 Furious businesses accuse ministers of 'carnage' that could tip them over the brink after Sajid Javid delays axing of self-isolation rules for double-jabbed and children until AUGUST 16 - dooming around 4.6m people a WEEK to house arrest

Furious businesses accused ministers of causing 'carnage' that could tip them over the brink today after Sajid Javid revealed the requirement for the double-jabbed to self-isolate will not be dropped until August 16.

The Health Secretary announced the rules on what people must do when they are 'pinged' for contact with an infected individual will stay in place for weeks after so-called 'Freedom Day' - despite rising alarm at the chaos and misery being inflicted.

From the middle of next month people who have received two doses - with the second administered at least two weeks previously - can take PCR tests rather than self-isolating. Under-18s will also not be subject to the restrictions from the same date.

But the timetable means 'scary' numbers will be caught in the system after all other restrictions lift on July 19, with furious firms warning they are on the brink of disaster amid 'massive' problems of staff absence and customers bailing out out of bookings. Others also raged that the government is failing to provide any clarity on the rules for getting staff back in offices.

Mr Javid told the Commons that ministers had looked at changing the isolation rules sooner, but were 'more comfortable' waiting until even more people are vaccinated.

The grim news came after Mr Javid admitted coronavirus cases could top 100,000 a day by the summer as the government pushes ahead with the unlocking.

The Adam Smith Institute estimated that an increase on that scale will mean 4.6million people a week being asked to self-isolate by Test and Trace call handlers or the NHS app.

Speaking to the Local Government Association on Tuesday, Professor Whitty said: 'There will almost certainly be a Covid surge [in winter] and that will be on top of a return to a more normal respiratory surge.

'It's going to take quite a long time, I think, to get back to normality and I certainly would be surprised if we got back to what most of us would see as a kind of status quo - before the pandemic - by the next spring.

'Because I think we've got this current wave, hopefully there will be a period of quieter Covid after that, and then it will still be quite a difficult winter, especially for the NHS - then by next spring I'm hoping slightly more into a more predictable pattern.'

Yesterday, Professor Whitty backed the Government's plans to push ahead with July 19 in the face of surging infection numbers. He claimed that delaying lockdown beyond July 19 will not reduce the number of Covid deaths and could potentially lead to a worse peak in winter.

Joining the Prime Minister at the podium of a Downing Street press conference last night, the CMO acknowledged that while some restrictions will always be better than none in terms of containing Covid, at some point they have to be released for the sake of the economy and impact on wider health.

With that in mind, Professor Whitty revealed he believed 'quite strongly' that there are many benefits to unlocking now rather than waiting until autumn - which some have suggested could buy No10 time to get every adult fully vaccinated.

It would get the big bang of Covid infections and hospital admissions - expected when social distancing comes to an end - out of the way in summer when the NHS is less busy.

'At a certain point, you move to the situation where instead of actually averting hospitalisations and deaths, you move over to just delaying them,' he said.

'So you're not actually changing the number of people who will go to hospital or die, you may change when they happen.

'There is quite a strong view by many people, including myself actually, that going in the summer has some advantages, all other things being equal, to opening up into the autumn when schools are going back and when we're heading into the winter period when the NHS tends to be under greatest pressure for many other reasons.'

NEXT Tokyo Olympics: Channel 7 reporter caught in an earthquake during Sunrise live ... 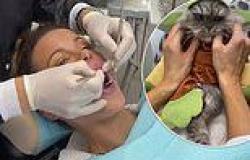 Boy, 16, accused of stripping child naked, choking and leaving him to die