Covid UK: Should you wear a mask after Freedom Day? Scientists say vaccination ... There is enough evidence to show masks offer at least some protection against catching and spreading Covid, experts said today amid fears that a culture war could break out over coverings after July 19.

Throughout the pandemic there has been fierce scientific debate about how well the guards work at reducing transmission, despite nearly every country in the world mandating or encouraging their use.

Wearing a mask will become personal choice instead of a legal requirement when England finally comes out of lockdown later this month, in a move that sparked a fresh row about their effectiveness.

Experts told MailOnline today they were confident there is 'some' benefit to wearing masks to prevent Covid from spreading — but they admitted to what degree remains unknown because there is a lack of quality evidence.

Cambridge University's Dr Raghib Ali, a clinical epidemiologist, added the vaccines are doing such a good job at reducing transmission that there is now little need for masks to be worn everywhere.

But he said they could still be beneficial in hospitals, care homes and in crowded and poorly ventilated areas like the Tube, adding that a high-grade FFP3 mask would be the best option over a surgical or cloth mask.

But real-world studies, which involve more scientific rigour, have produced mixed results, with some showing a huge impact on infection rates and others showing virtually none.

Government scientific adviser Professor Robert Dingwall, a sociologist at the University of Nottingham, said the quality of the evidence in both directions is 'so weak'.

'It's really been the working from home and shutting down society that has reduced transmission, face masks and interpersonal distances will have only played a small role,' he told MailOnline. 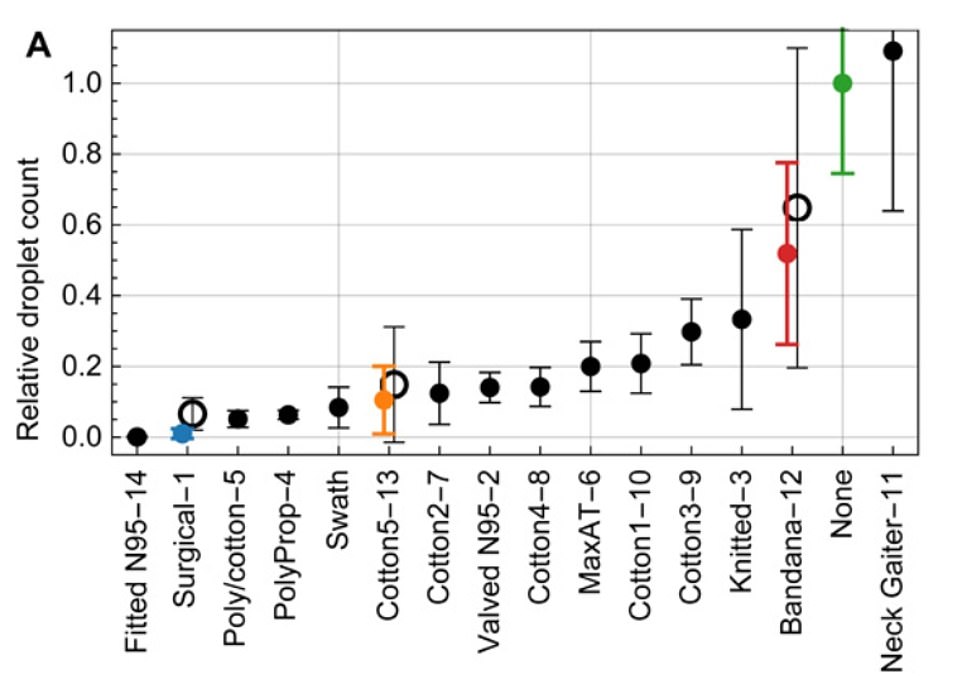 A lab study by Duke University in North Carolina showed that a variety of different face masks reduced the amount of viral droplets expelled into the air. The N95 and surgical masks were found to be much better than various cotton and other cloth coverings. In the study, a mask wearer repeated the sentence 'Stay healthy, people' five times, after which and researchers used a thermal camera and thermal camera to monitor the amount of droplets released

A similar study by the Centers for Disease Control and Prevention (CDC) in the US looked at how efficient each type of covering was at blocking different sized droplets (shown along the bottom). Again, the high-grade N95 mask was shown to collect 100 per cent of droplets except the finest 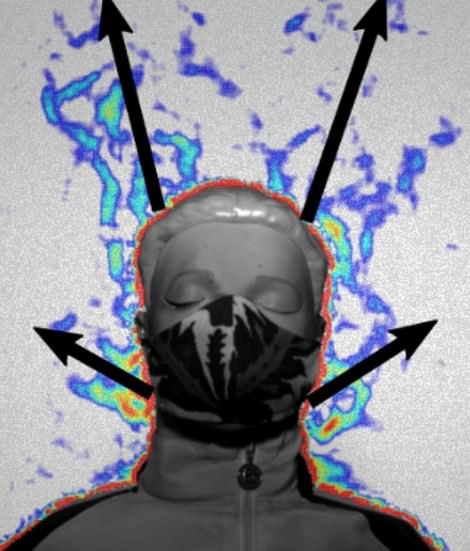 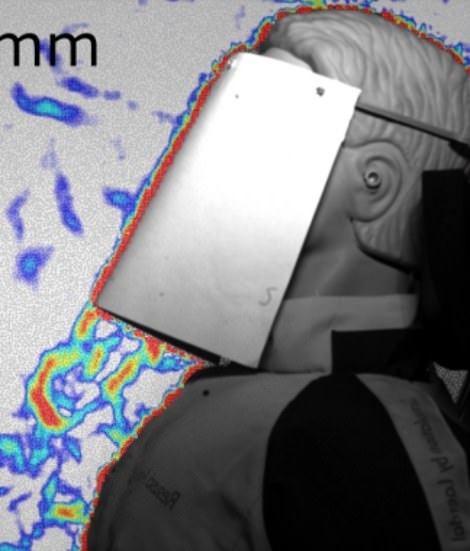 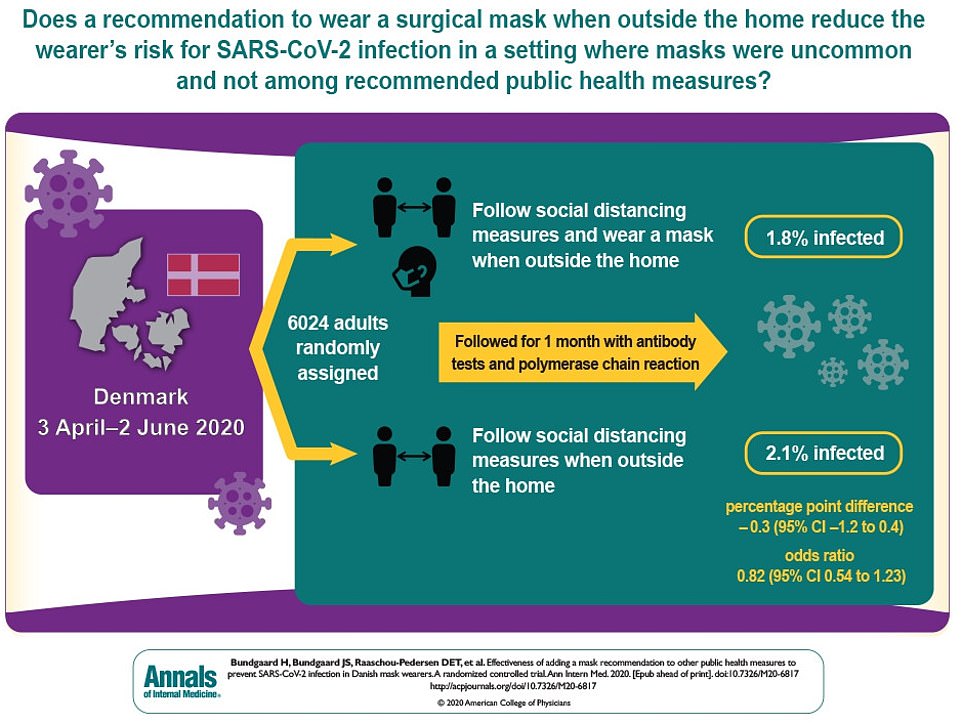 A randomised study known as the 'Danmask' trial, published by scientists at Copenhagen University over winter, found no statistical evidence that they offer any protection whatsoever. Experts recruited 6,000 volunteers in the spring — before masks were mandatory there — and split the them into two groups, with half wearing masks in public and half not. Results showed that, after one month, 1.8 per cent of the people wearing masks had been infected with the virus. By comparison, 2.1 per cent of the people in the unmasked group had tested positive for Covid

Vaccines have been proven to reduce Covid transmission by at least 60 per cent after two doses, but studying the effect of masks is more difficult because there are more variables - including how often a person wears the mask, what type they use and if it fits properly.

A retrospective US trial in Missouri last May looked at two hairdressers who had Covid and interacted with nearly 140 clients over the space of a week. Of the clients who wore masks during their appointment, none caught the virus.

WHITTY, VALLANCE AND OTHER KEY MINISTERS SAY THEY WILL KEEP WEARING MASKS AFTER JULY 19

At a Downing Street press conference on Monday evening, Prime Minister Boris Johnson declared that mask laws would be axed - but sowed confusion after admitting that people would still be encouraged to wear coverings in 'enclosed and crowded places'.

He confirmed that he would continue to wear a mask in certain scenarios out of politeness.

Mr Johnson was echoed by Chief Medical Officer Chris Whitty, who said he would cover his mouth and nose when in crowded spaces, when asked to by a competent authority, or if he felt that not wearing a mask would make another person uncomfortable.

Care minister Helen Whately risked further muddying the waters this week as she admitted she will not be abandoning masks 'entirely' from July 19.

She suggested during a round of interviews that she might still wear one on 'crowded' trains from her Faversham constituency.

Her comments came as Business Secretary Kwasi Kwarteng said he will 'probably' wear a mask on the London Underground after the legal requirement ends.

Experts appear divided on whether people in England should be asked to continue to wear face masks after July 19, with Dr Laurence Aitchison, from the department of computer science at the University of Bristol, saying: 'Our research has shown mask-wearing reduces the spread of Covid-19 by around 25 per cent if everyone wears them.'

Paul Hunter, professor in medicine at the University of East Anglia, said he thought lifting face mask restrictions was fine, though people who are vulnerable may wish to take extra care as he warned Covid 'will never go away'.

But masks are controversial among anti-lockdown Tory backbenchers. Ex-minister Steve Baker, the deputy chairman of the Covid Recovery Group of MPs, told the Telegraph newspaper 'how easily we have forgotten that at the beginning of this crisis, the scientific advice was that the public shouldn't wear masks'.

Sir Paul Nurse, director of the Francis Crick Institute, said today that it made 'no sense not to insist on the wearing of masks'.

Another real-world study looked at 124 households with a confirmed case of Covid in Beijing last February. It found that, when masks were worn by everyone in communal rooms in the home, transmission was reduced by 79 per cent.

A report published in the Lancet last June found the risk of catching Covid was as low as 3 per cent if people wore masks and properly social distanced from others. The findings were based on 172 studies in 16 countries.

In a Thai study published in November, researchers found that of 1,000 patients contacted through test and trace systems, those who reported always wearing a mask in public were 70 per cent less likely to become infected than those who didn't.

A laboratory experiment by the University of Edinburgh showed that even the most flimsy face coverings reduce the distance Covid particles travel when exhaled by 90 per cent. Despite the findings, scientists still cannot say for certain how effective masks really are.

Professor Dingwall, who sits on the Joint Committee on Vaccination and Immunisation (JCVI) which advises No10 on the Covid jab rollout, told MailOnline: 'The problem is we don't have many randomised studies.

'Instead we've got observational studies, modelling studies and laboratory studies where findings can be cherry-picked. The randomised trials we do have don't show much benefit [to wearing masks].'

A randomised study known as the 'Danmask' trial, published by scientists at Copenhagen University over winter, found no statistical evidence that they offer any protection whatsoever.

Experts recruited 6,000 volunteers in the spring — before masks were mandatory there — and split the them into two groups, with half wearing masks in public and half not.

However, the findings from the Danmask study came under scrutiny, with critics pointing out that less than half of participants actually wore masks when they were supposed to.

It also only looked at the benefit of masks on protecting the wearer. Masks are thought to be much better at preventing infected people from passing the disease onto others, which the trial did not look at.

Oxford University's Professor Carl Heneghan and Dr Tom Jefferson, from the prestigious Centre for Evidence-Based Medicine, said following the Danmask study: 'Now we have properly rigorous scientific research we can rely on, the evidence shows wearing masks in the community does not significantly reduce the rates of infection.'

In its recommendations, the World Health Organization

PREV Chaos behind the scenes at The View as the show scrambles to find a 'Trump ...
NEXT Pingdemic paralysis: Food chains, police and railway signalling staff are ... 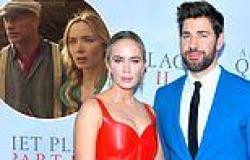 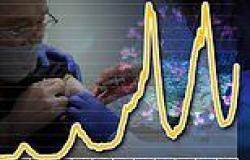 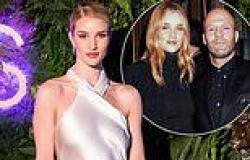 TALK OF THE TOWN: How Rosie Huntington-Whiteley is flogging her old clothes for ... 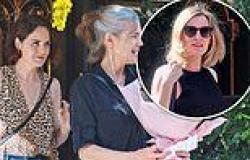 TALK OF THE TOWN: How Rosie Huntington-Whiteley is flogging her old clothes for ...

The vaccine may well have saved my life: PIERS MORGAN reveals he caught Covid ... 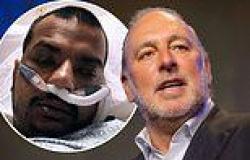