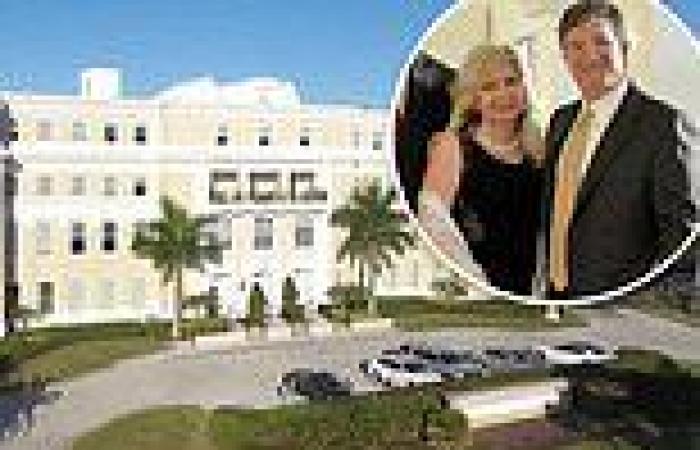 A wealthy Florida couple has filed a lawsuit demanding that the Catholic school their daughters attend return their $240,000 donation and reimburse their younger daughter's tuition for teaching 'woke' LGBTQ curriculum.

Anthony and Barbara Scarpo pledged to donate $1.35 million to the Academy of the Holy Names in Tampa, Florida at a fundraising event in 2017.

They had asked that the money be used toward the school's 'master plan' and for scholarships for disadvantaged students, according to the Tampa Bay Times.

For their efforts, the school renamed its auditorium the Scarpo Family Theater and named the two philanthropists co-chairs of the school's fundraising campaign.

But the wealthy couple, who own a diamond and jewelry import company as well as the First Trust Funding Group, have filed a lawsuit demanding that their pledge be rescinded and the tuition they had already paid for their younger daughter, who has been transferred to another school, be donated to the Catholic charity of their choice. 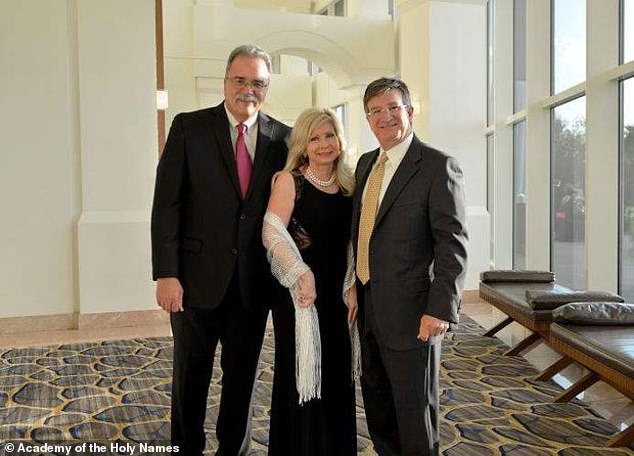 Former Academy of the Holy Names president Art Raimo, left, posed with Barbara and Anthony Scarpo during the Tampa school's annual gala fundraiser in 2017, when they pledged to donate $1.35 million to the school 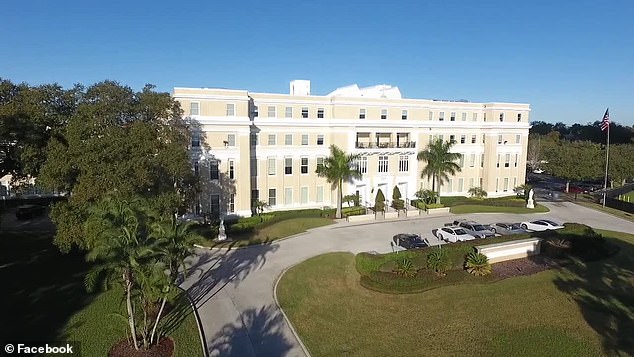 Their two daughters attended the school. One has since graduated and the other has been transferred to another school over the academy's alleged 'woke' curriculum

A lawsuit filed in the Hillsborough County Circuit Court last week also asks that the school stops advertising itself as a Catholic institution and the Florida Catholic Conference stop accrediting the school as such.

In the lawsuit, obtained by the Tampa Bay Times, the couple claims the school has distanced itself from traditional Catholic teachings and is instead embracing a divisive 'woke culture' where priority is given to 'gender identity, human sexuality and pregnancy termination among other hot button issues.'

It says students at the school are made to feel guilty for being white and having enough money to attend the private school, where tuition and fees range from $14,650 for preschool students to $22,450 for girls at the college preparatory high school.

In a letter Anthony wrote to the school at his older daughter's graduation, he said: 'The continued indoctrination of your twisted version of social and racial justice, equity, inclusion, sexuality and today's 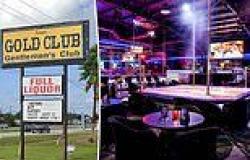 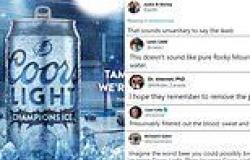 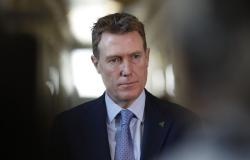 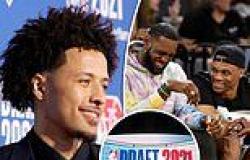