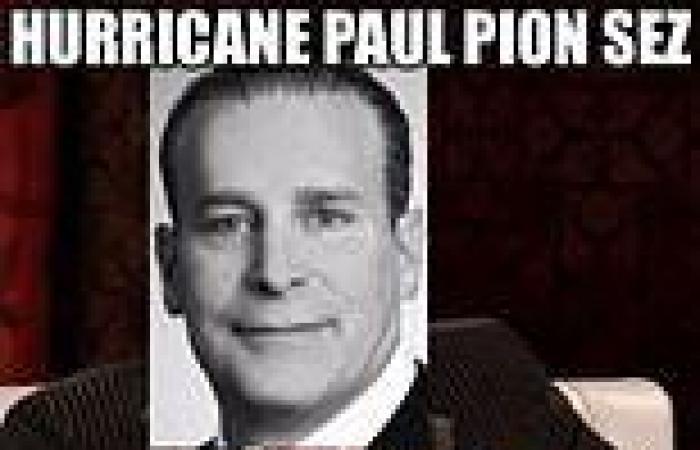 A Cantor Fitzgerald executive accused of exploiting pandemic-related protections to squat in a $10,000-a-month Hamptons mansion says he and his wife have been harassed and humiliated by false accusations and 'defamatory memes' sent to his bosses by the homeowner and prospective buyer.

Paul Pion, the chief administrative officer of the Manhattan firm, and his wife, Stephanie, alleged in court papers filed Wednesday that Damian Krause and owner-to-be Aaron Appel had conspired to paint his family as 'squatters' and 'hoarders' in a bid to force them out of the $5million property in Water Mill.

It follows a suit against the Pions by Krause Estates LLC, which accused the wealthy family of exploiting a COVID-related ban on evictions to remain in the gated four-bedroom mansion after their lease expired on May 31 - despite the couple allegedly owning an apartment in Manhattan.

But hitting back in an affidavit seen by the New York Post, Pion rejected the claims and also alleged that Krause and Appel were 'behind a series of defamatory memes that were sent to media outlets and the executive management of Cantor Fitzgerald, questioning my ethics, in a blatant effort to cause reputational harm'. 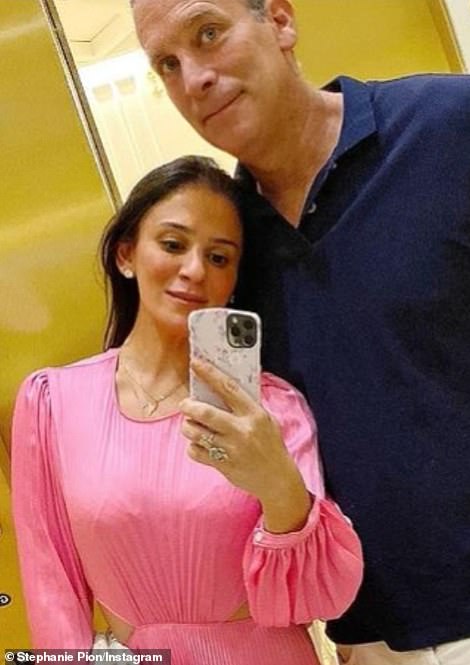 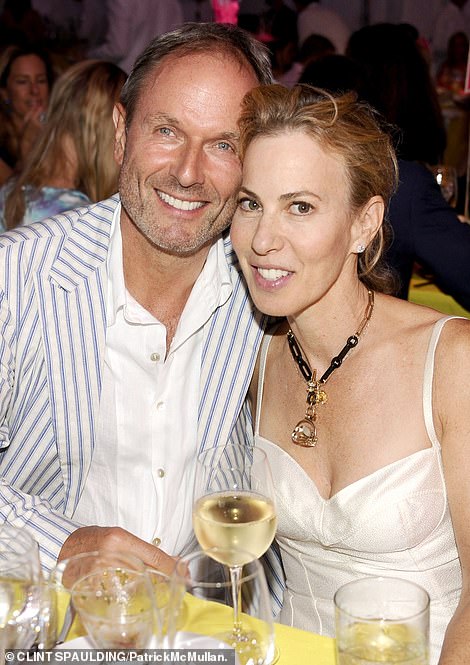 Stephanie and Paul Pion (left) have been renting out a property in Water Mill for the past two years for $10,000 a month. Homeowner Damian Krause (right, with his wife Sharon) says they are now squatting in the property 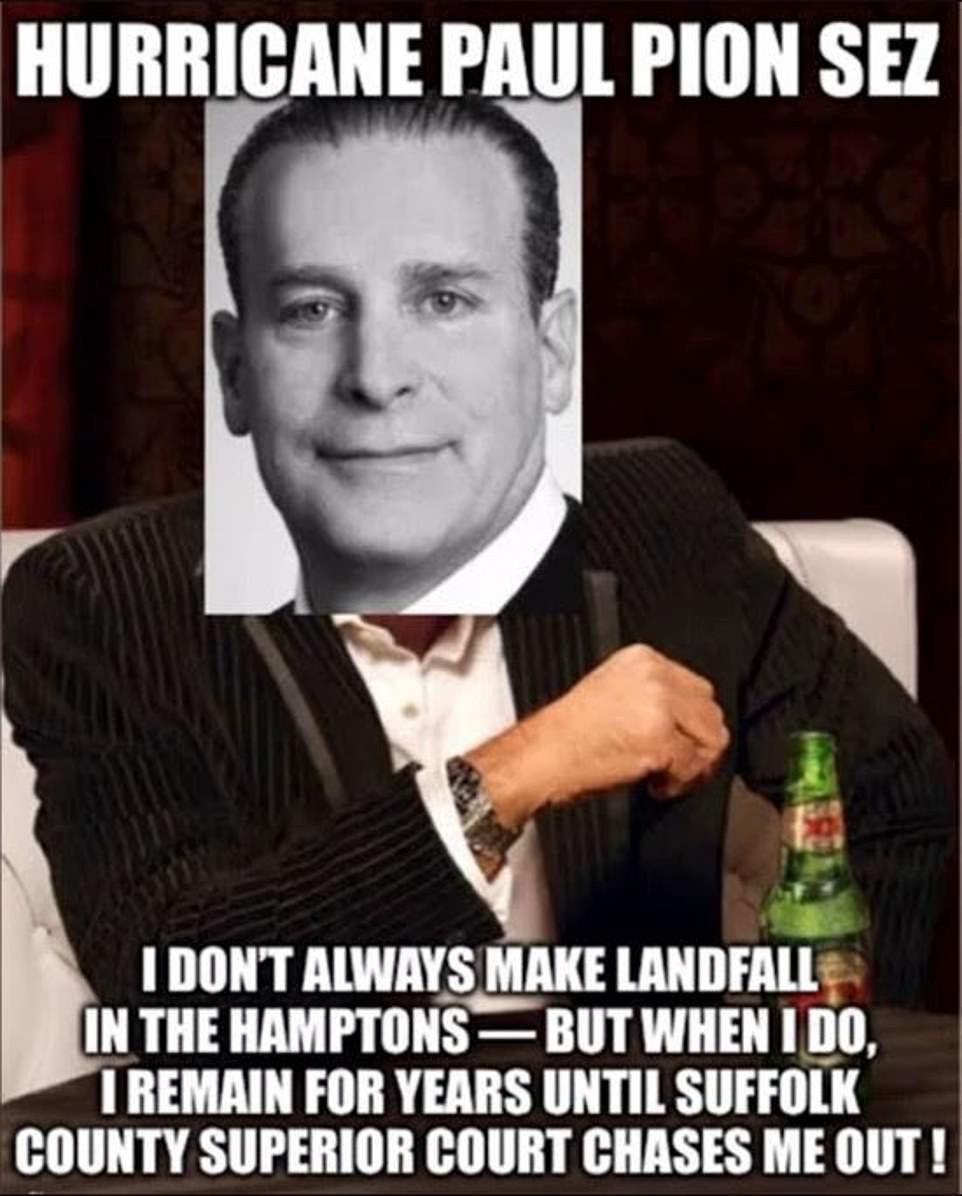 The memes were not described in the filing, but one image sent to the Post shows him in a mock-up of a Dos Equis beer's The Most Interesting Man in the World commercial 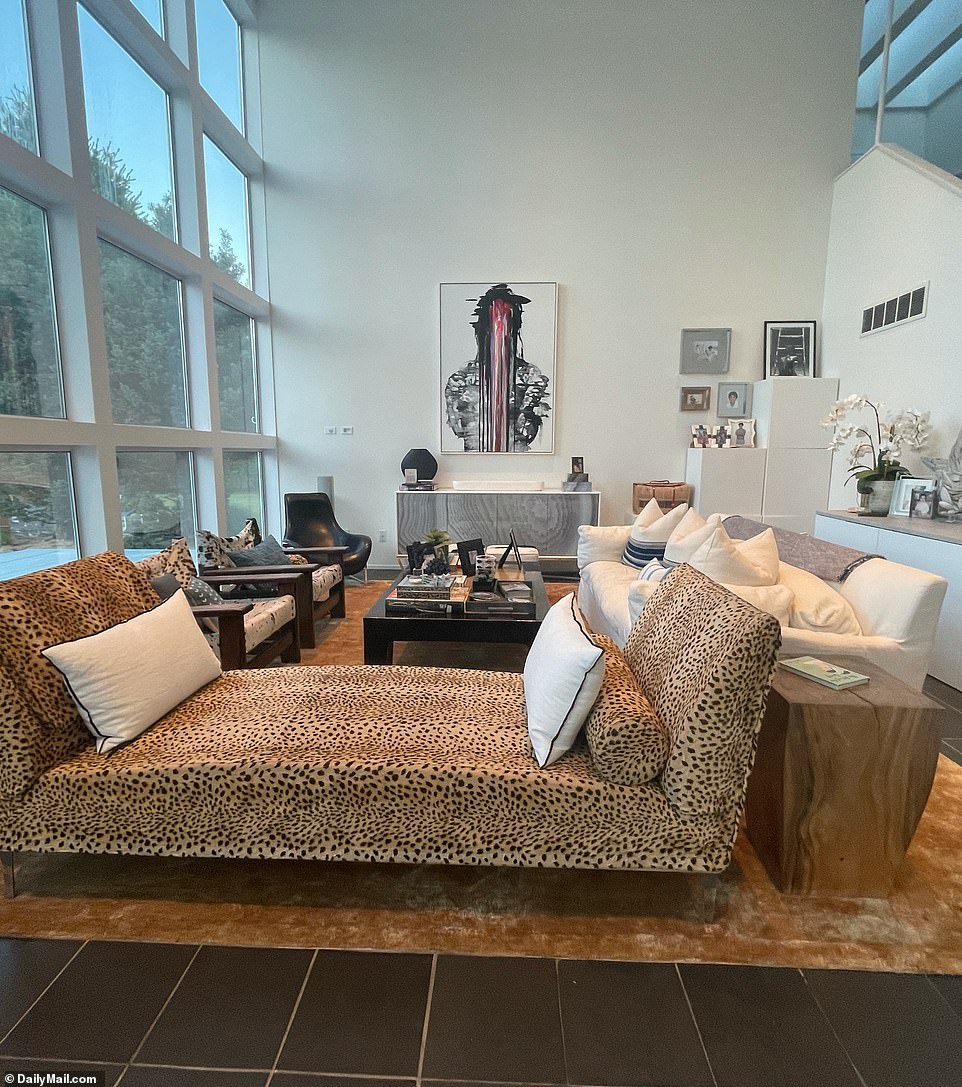 The house was allegedly described as a 'mess'. However, photos obtained by DailyMail.com suggested it was tidy

The memes were not described in the filing, but one image sent to the Post shows him in a mock-up of a Dos Equis beer's The Most Interesting Man in the World commercial.

Pion's face is seen super-imposed Jonathan Goldsmith, with the caption: 'Hurricane Paul Pion Sez. I don't always make landfall in the Hamptons - but when I do, I remain for years until Suffolk County Superior Court chases me out!'

The suit went on to accuse Appel of using private investigators to 'harass' his family.

'In addition to a secret video of the home where my wife and children live being leaked on the internet, within days of this filing, my wife's personal cell phone number and email address was subscribed to dozens, if not hundreds, of ''spam'' advertisement lists and newsletters (causing her to receive hundreds of unsolicited texts and emails), and numerous doctor's appointments were made in her name, forcing us to change her cell phone number,' he claimed in the court document.

Pion also denied 'maintaining a residence in Manhattan or anywhere else' and said he had been trying to buy a house from Krause before the purchase broke down.

In previous court papers he and his wife have claimed that they were never formally served notice to leave.

Appel, a commercial real estate banker, told the Post: 'I have no comment. I have nothing to do with this other than I am closing on a house.'

Last month, Pion's wife, Stephanie, broke down in tears and explained that the couple and their two children have nowhere else to go.

'I'm not squatting, I'm just trying to keep my kids with a roof over their heads,' Stephanie told Dailymail.com on June 17.

The 39-year-old insisted 'there's no truth' to the claims she and her husband were using 'shifty' means to stay in the house and exploiting a New York moratorium on evictions for tenants who 'declare a financial or medical hardship' from the pandemic until August 31.

Stephanie she's just trying to care for her two children, ages six and 11, while they search for a new place to live.

'I have two kids,' she said tearfully before dropping to her knees on the driveway and pleaded for mercy. 'I'm just trying to take care of them. I've been trying to leave. I just need more time.' 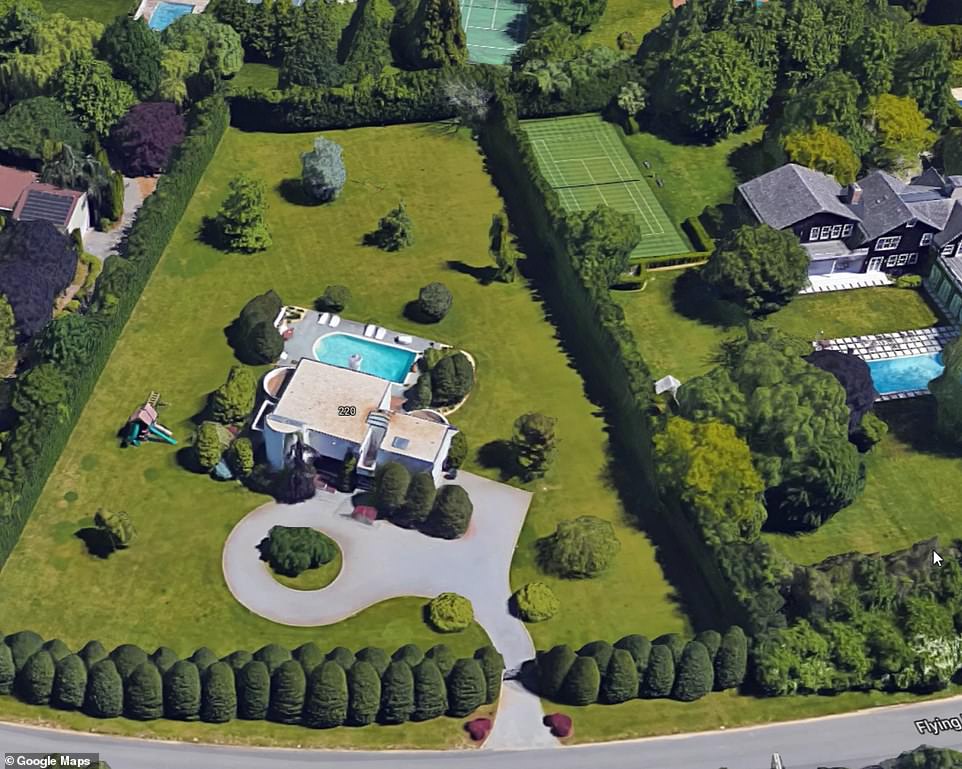 The property is valued at nearly $5million, and the homeowner has found a new buyer for it. The Pions alleged in court papers filed Wednesday that Damian Krause and owner-to-be Aaron Appel had conspired to paint his family as 'squatters' and 'hoarders' 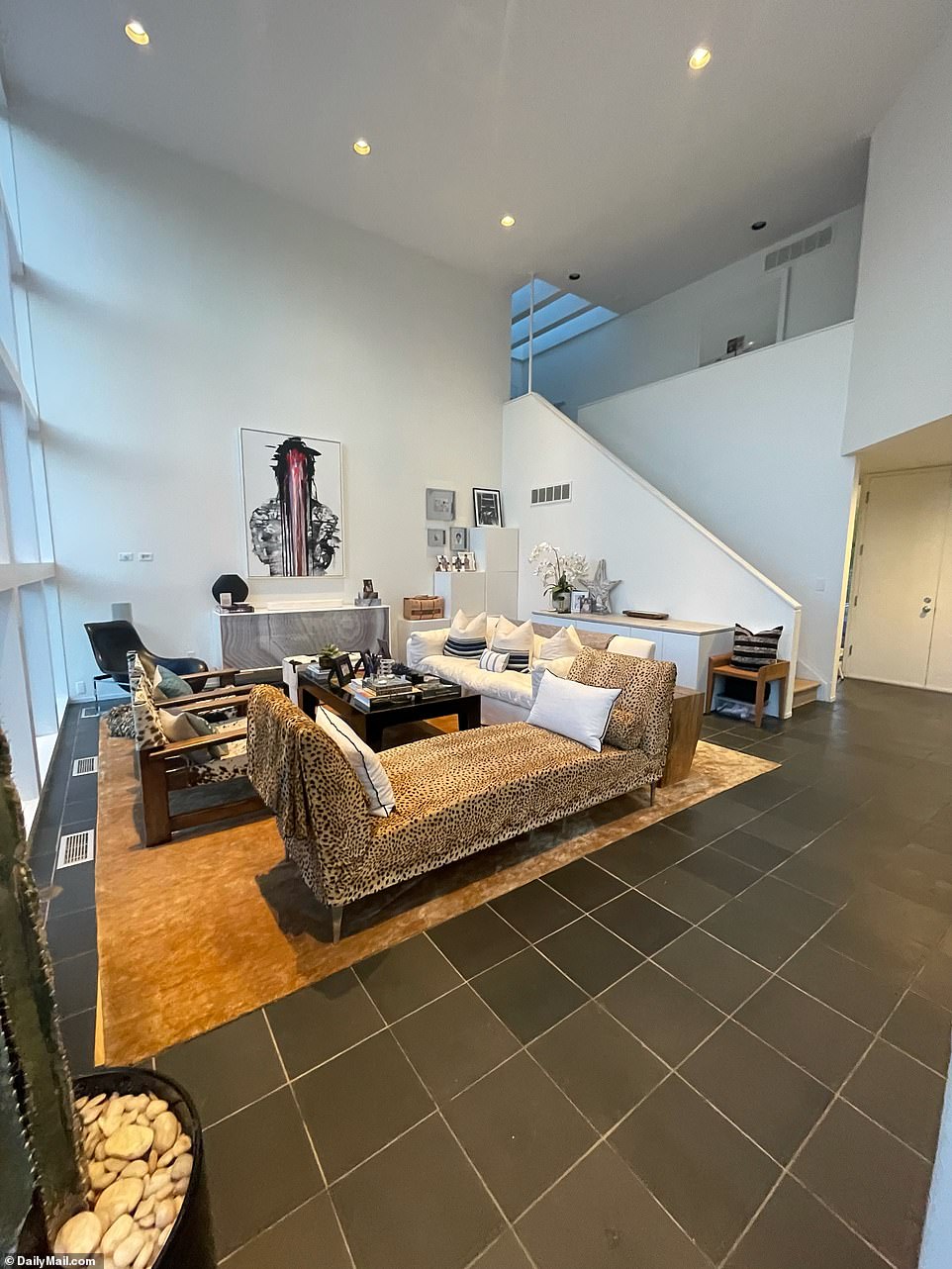 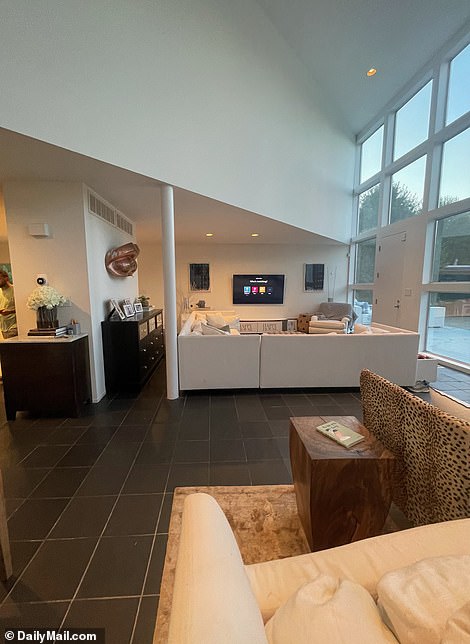 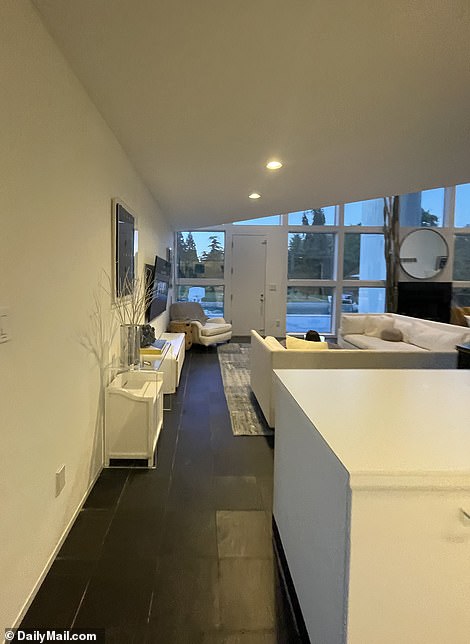 In his filing, Krause expressed concerns that the Pions could jeopardize his plasn to sell the home for $4,970,000.

But a person close to the family told DailyMail.com that the Pions' tenancy had been open-ended, and that the landlord failed to give them appropriate notice that their lease was being terminated which would allow for an orderly transition to leave the house.

'Realizing now that they didn't give proper notice, the owner is scrambling to blame someone and the purchaser is using bully tactics to force their hand,' the Pion family associate said.

The homeowner further claimed the couple had refused to allow potential buyers to tour the home and even once removed a lawn sign saying the property was 'IN CONTRACT.'

Early last month a source told the New York Post that the house looked like an episode of Hoarders, referring to the TV series that documents people who fill their homes from floor to ceiling with trash and belongings.

An appraiser who was eventually let into the house also allegedly described the place as a 'mess' and said 'the occupant was crazy.'

In photos obtained by DailyMail.com, however, the house did not appear to show such signs of damage or clutter.

In regards to the lawsuit, Stephanie said: 'I'm not allowed to comment because of the litigation,' but went on to deny the claims.

'There's no truth to what they say,' she added. 'I don't have a city apartment. I'm not a billionaire, or whatever they make me out to be.

'The house is a very clean house. But I'm a normal person. It's not a showhouse. It's a teardown. The house was built in the 90s and it hasn't been touched,' she continued. 'The landlord never did anything.' 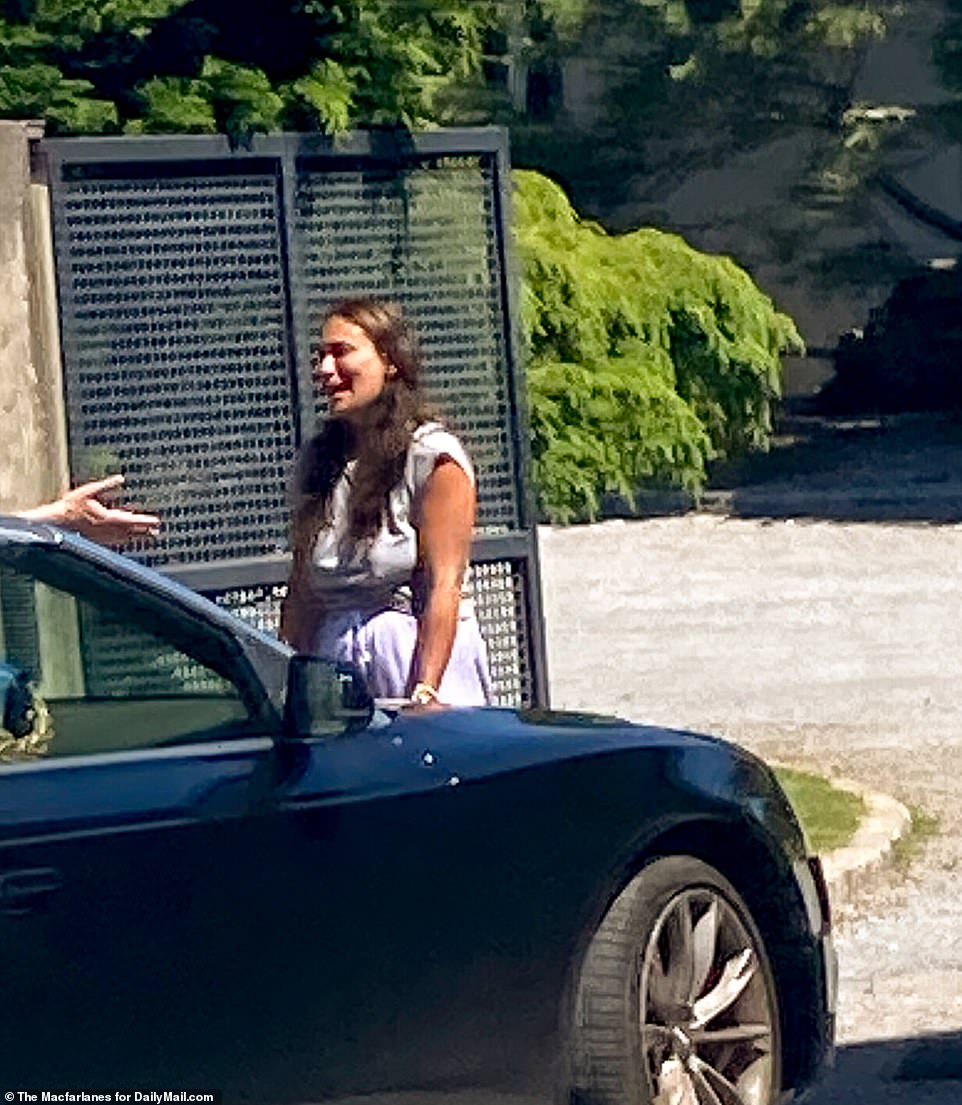 Stephanie Pion broke down in tears in July as she strongly denied claims that she and her husband, Paul, were squatting 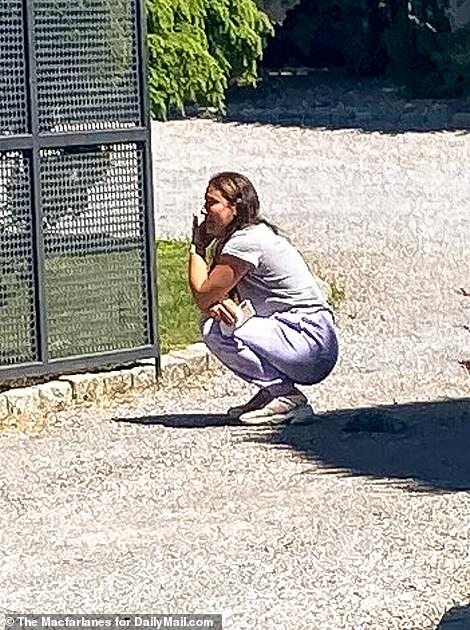 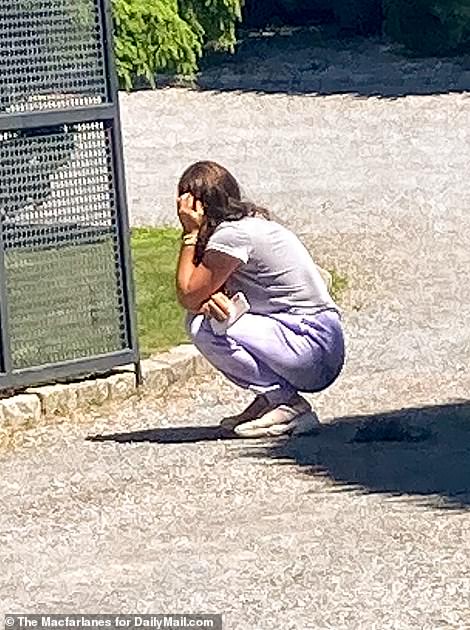 The mother-of-two, 39, tearfully explained she and her family have nowhere else to go, before dropping to her knees on the driveway and pleading for 'more time'

The filing painted the Pions as an 'intolerable nuisance', hosting large parties, and causing damage to the home through 'unauthorized alterations, misuse and overuse of the household systems and lack of routine maintenance.'

But the family source told DailyMail.com: 'The house has been a money pit for the Pions as they have spent tens of thousands of dollars to maintain the property's systems which are old and in need of constant repair.'

The insider claimed the owner pocketed the years rent all upfront and therefore 'had all the leverage to tell the family to make the repairs themselves.'

Stephanie also confirmed reports that she and her husband were at one point considering buying the house in 2019, but explained, cryptically, that the deal never happened.

'He (the landlord) wanted to do it, an exchange, and I said, being a nice person, 'okay, no problem.' And then he didn't put a penny into it,' she said.

The house, located on Flying Point Road, is surrounded by pine trees and not visible from the road.

PREV There is less than a week left in #Tokyo2020, but still a lot of competition to ...
NEXT US fencer, 29, accused of sexual assault, confronts teammates after they wear ... 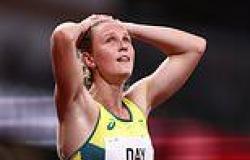 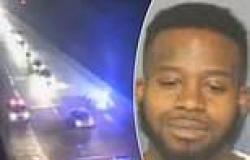 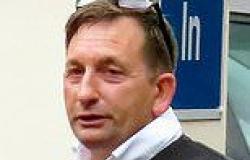 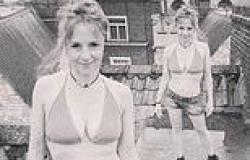