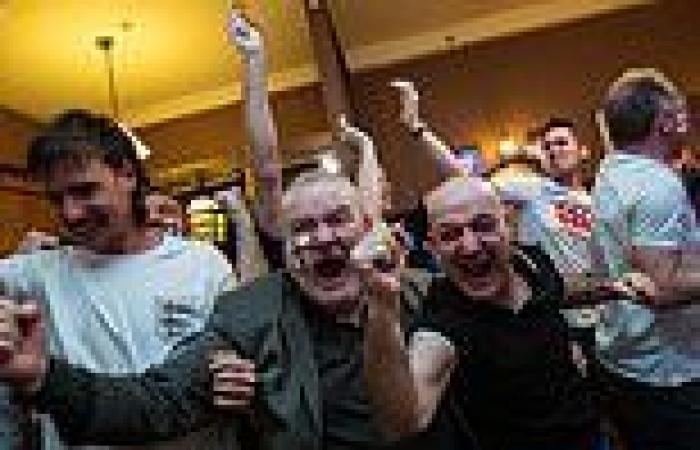 Hear our roar: Three Lions fans in Antarctica, Australia and Cyprus cheer on England in their crunch Euro 2020 final against Italy

England fans across the globe have shared the weird and wonderful locations that they will be roaring the Three Lions on from in the Euro 2020 final against Italy.

From the freezing dunes of Antarctica to the sun soaked beaches of Cyprus, England's supporters are ready to roar the Three Lions to victory over Italy.

More than 35 million expectant fans are expected to tune in for Sunday's historic clash, with 60,000 supporters piling into Wembley stadium for the occasion.

But supporters from across the world will also watch on from wherever they are, as England play in their first international final in more than half a century.

Hundreds of English fans living down under in Melbourne celebrated in the Charles Dickens Tavern as Luke Shaw prodded England 1-0 ahead. 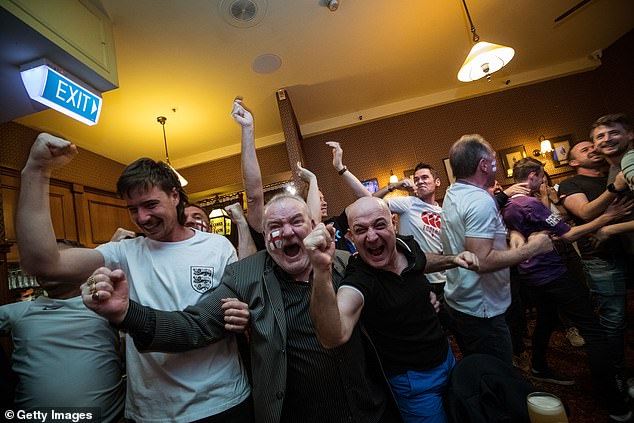 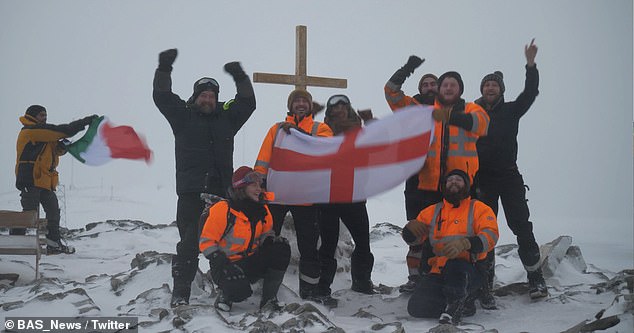 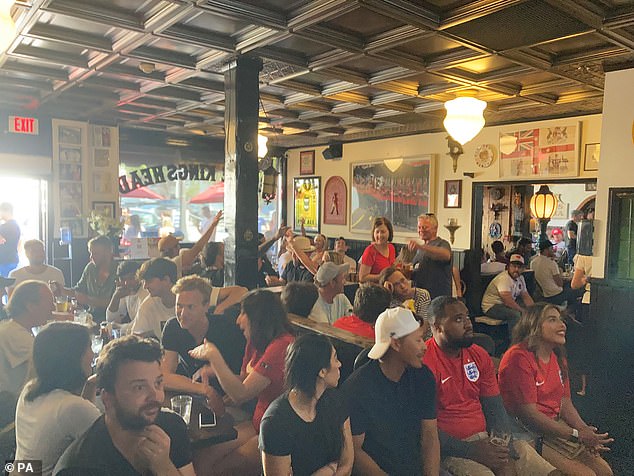 Fans convene in The Ye Olde King's Head pub in Santa Monica, California, where fans have gathered ahead of the UEFA Euro 2020 Final between Italy and England

The team is working through the harsh, dark Antarctic winter, which comes with bone 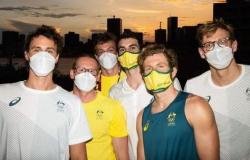 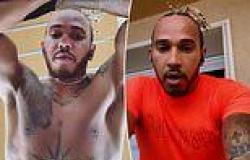