Empire star Jussie Smollett maintains his innocence after being re-charged with ... 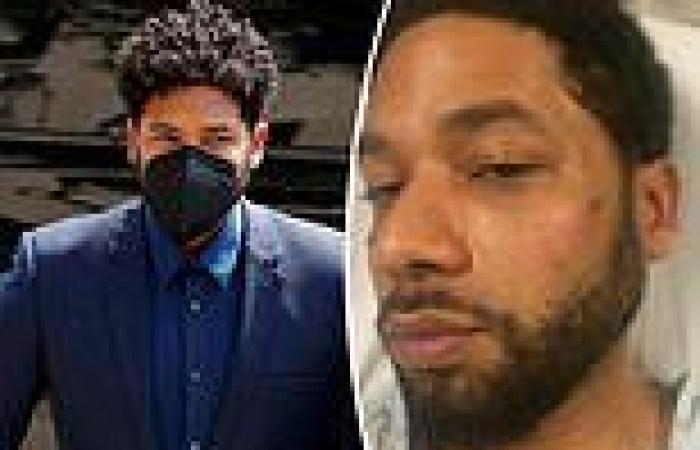 Actor Jussie Smollett is maintaining his innocence as he faces new charges for allegedly lying to police officers about a January 2019 attack.

The 'Empire' star was seen entering Chicago court on Wednesday wearing a blue suit with a lighter blue blazer to face six counts of felony misconduct for allegedly lying to police about the racist and homophobic attack.

On his way into court, FOX News reports, Smollett insisted he was innocent and called the proceedings a 'dog and pony show.' 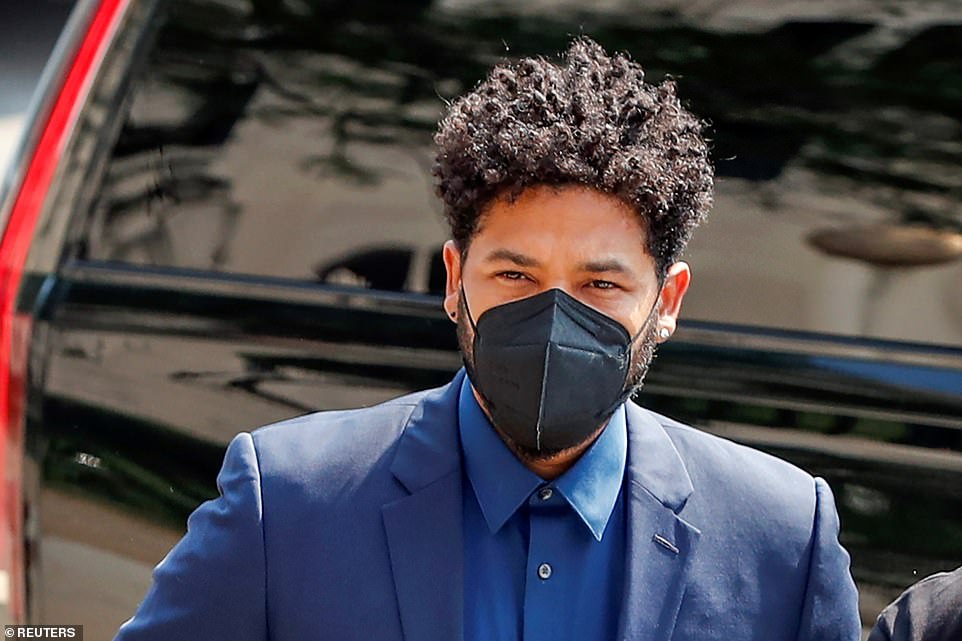 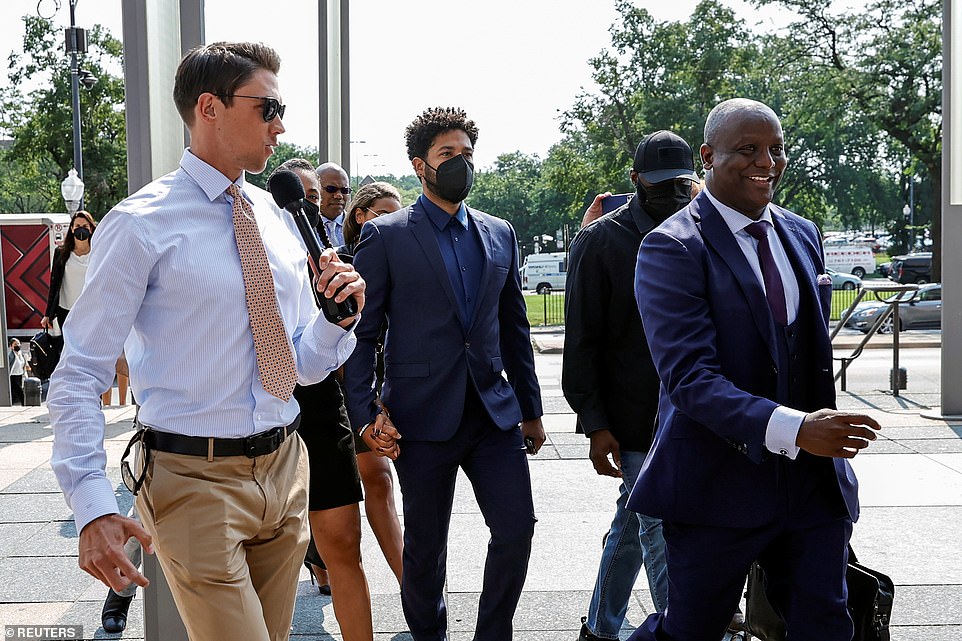 In  an interview with FOX News, the former 'Empire' star denied that he lied to the police about a January 2019 attack and called the proceedings 'a dog and pony show' 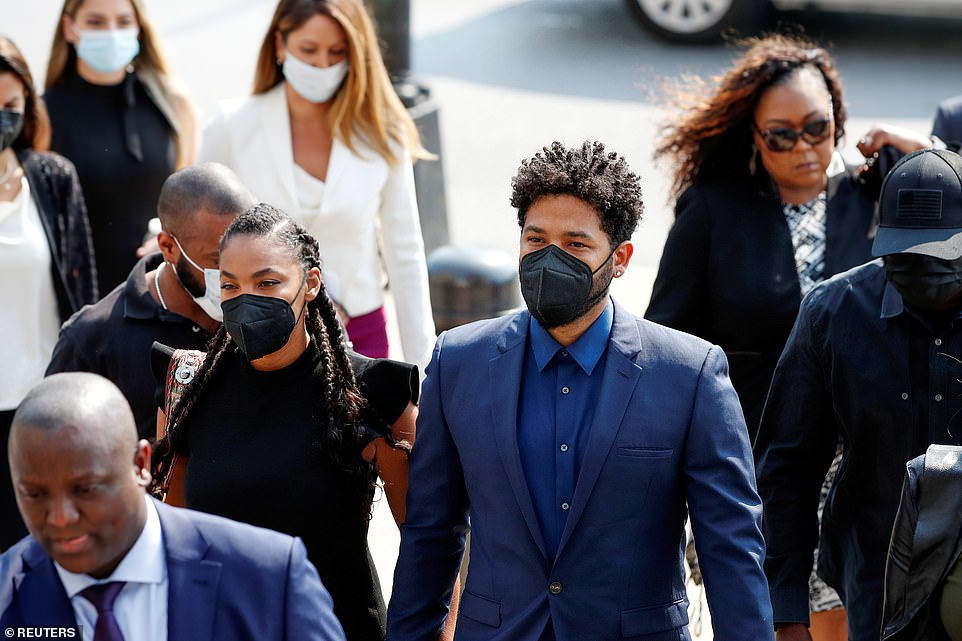 Smollett, 39, is facing six counts of felony misconduct for allegedly lying to police about the racist and homophobic attack 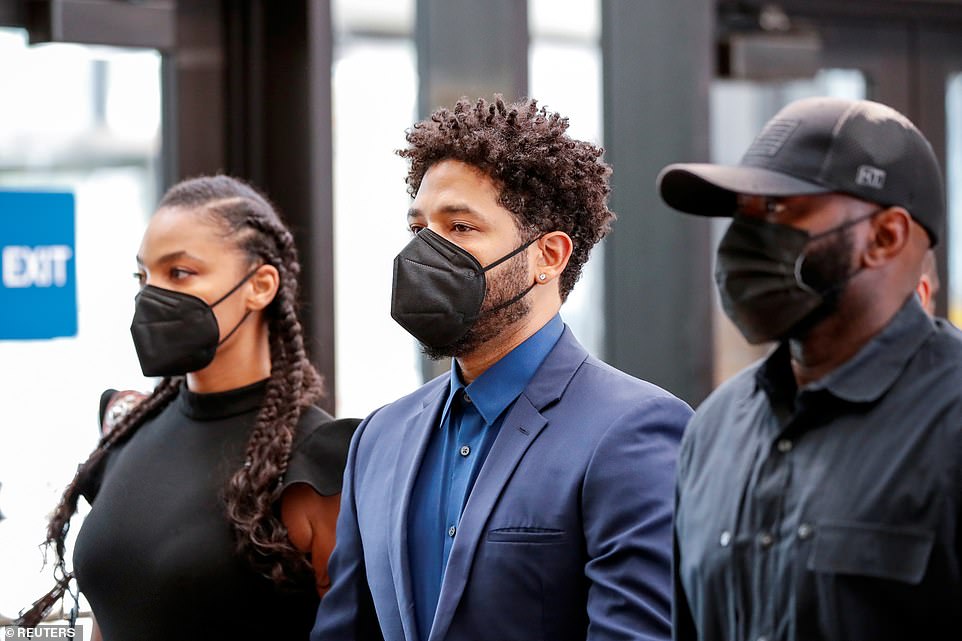 He previously faced 50 years in prison for staging the attack to boost his public profile, but the charges were dropped 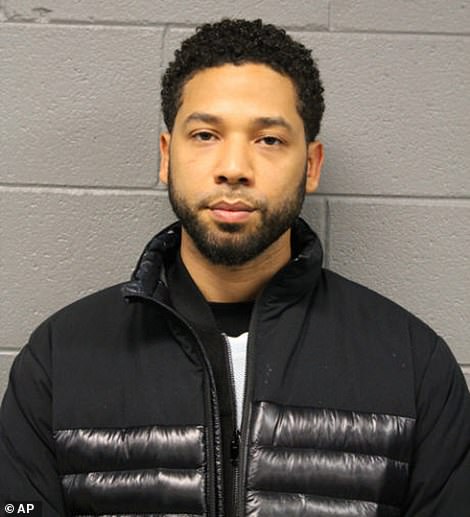 Smollett was arrested in 2019 for allegedly faking the attack

Smollett, 39, was indicted by a special prosecutor with six counts of disorderly conduct for filing a false police report in February 2020, more than one year after the actor claimed two masked men attacked him as he was walking home.

He had claimed that the men approached him in the early morning hours of January 29, 2019 and made 'racist and homophobic remarks,' beat him down and looped a noose around his neck before fleeing. He also claimed one of the attackers was a white man who told him he was in 'MAGA country,' a reference to then-President Donald Trump's campaign slogan - 'Make America Great Again,' and called him the 'N-word.'

Police later identified the 'attackers' as Nigerian brothers Abel and Ola Osundairo, who said the actor paid them $3,500 to jump him on a Chicago street in an effort to raise his public profile, because he was unhappy with his gig on 'Empire.'

Smollett was then hit with a 16-count grand jury indictment and faced more than 50 years behind bars — until State's Attorney Kim Foxx suddenly dropped all the charges last March in exchange for him doing community service.

It was a decision that blindsided and outraged Chicago's former mayor Rahm Emanuel and former Chief of Police Eddie Johnson.

Smollett, who has all along insisted he is innocent, then sued the city for malicious prosecution.

His attorney Tina Glandian issued a statement following the new charges in February 2020, saying: 'The attempt to re-prosecute Mr. Smollett one year later on the eve of the Cook County State's Attorney election is clearly all about politics not justice.' 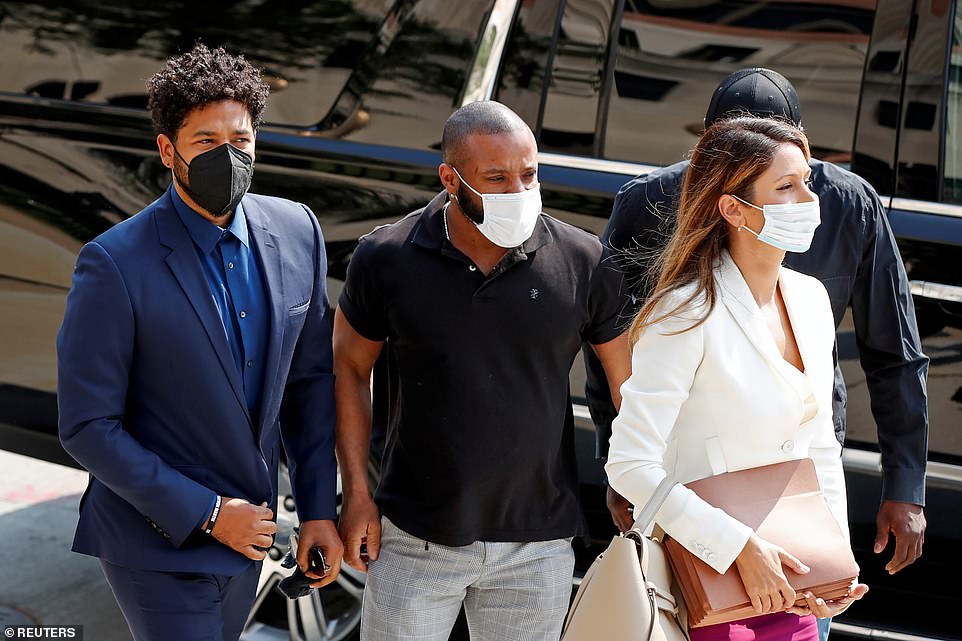 The actor's fall from grace began on January 30, 2019, when it emerged that Smollett, an openly gay black man, claimed he had been the victim of a racist, anti-gay attack.

At the time, it seemed he had been walking home from a Subway in the middle of the night after returning home late on a delayed flight when he was approached.

He told police afterwards his attackers identified him from the show he was on, Empire, and called him both the N-word and 'f****t'.

He said they beat him, poured bleach on him then put a noose around his neck.

Smollett then went back to his apartment where his friend, Frank Gaston, was. It was Gaston who insisted they call police.

When officers arrived, the actor refused to hand over his phone.

He went to the hospital to be checked over but had no major injuries. 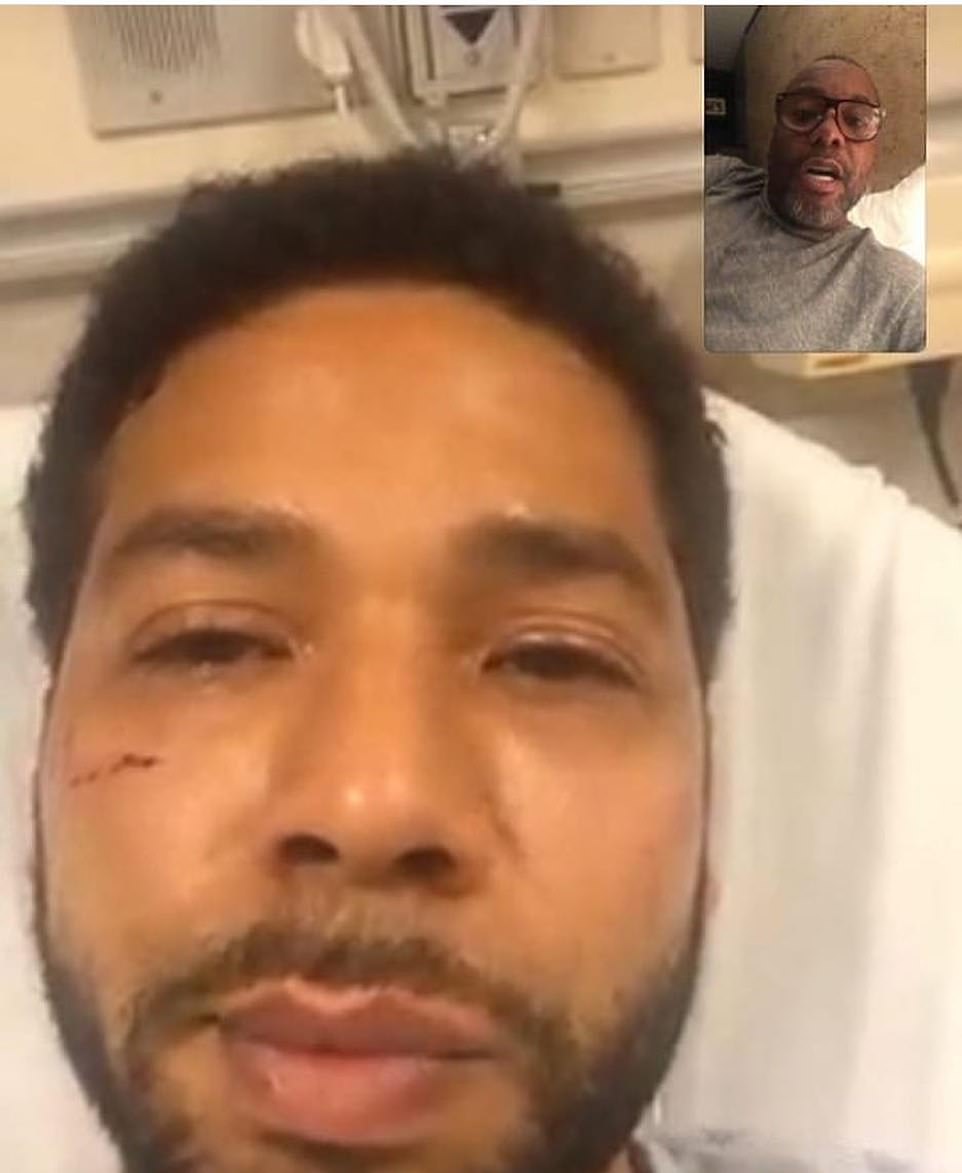 Smollett was hospitalized in Chicago in January 2019, after he claimed two masked me approached him as he was walking home from a Subway and beat him, calling him a 'f*****' and the 'N-word' and saying he was in 'MAGA country' 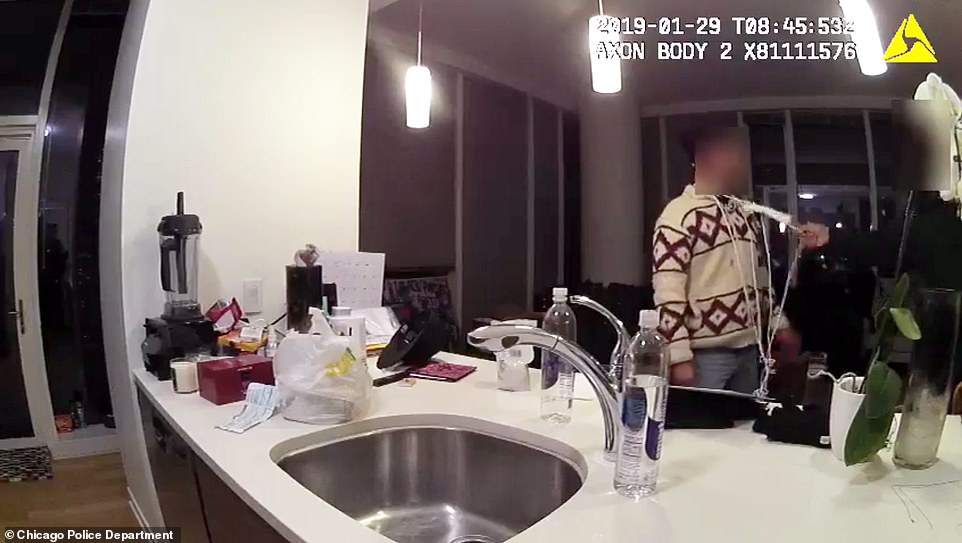 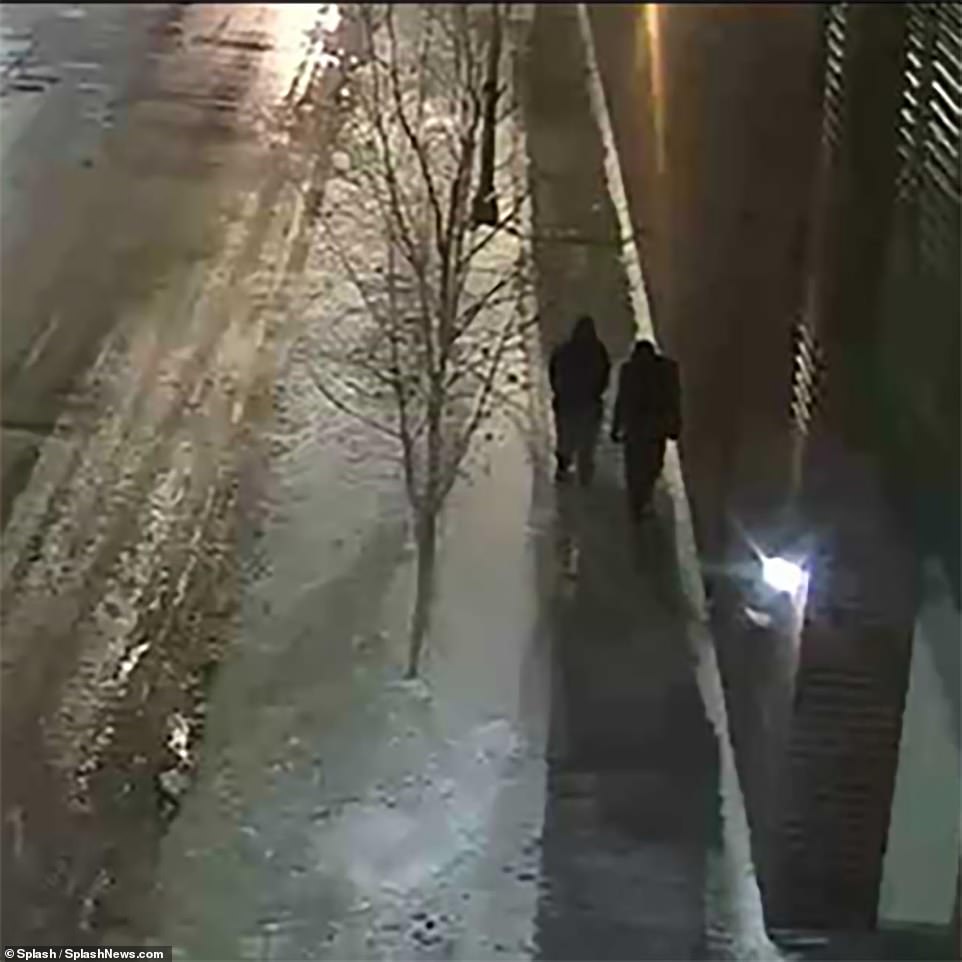 In investigating the incident, Chicago police released grainy surveillance footage of two men they believed were the attackers, whom Smollett later positively identified as his alleged attackers 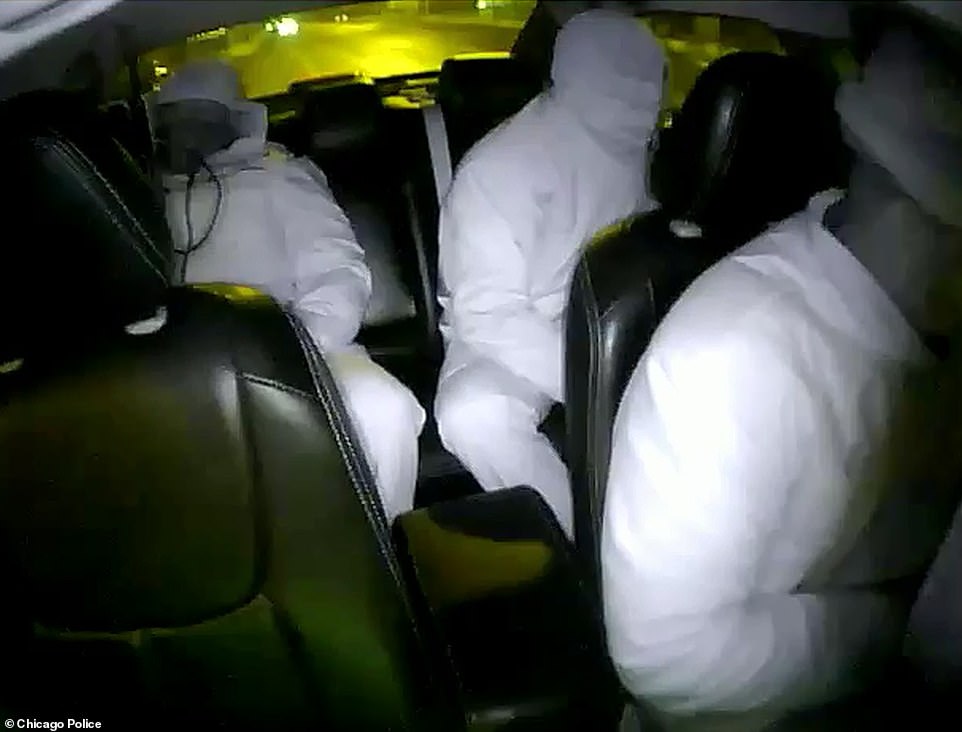 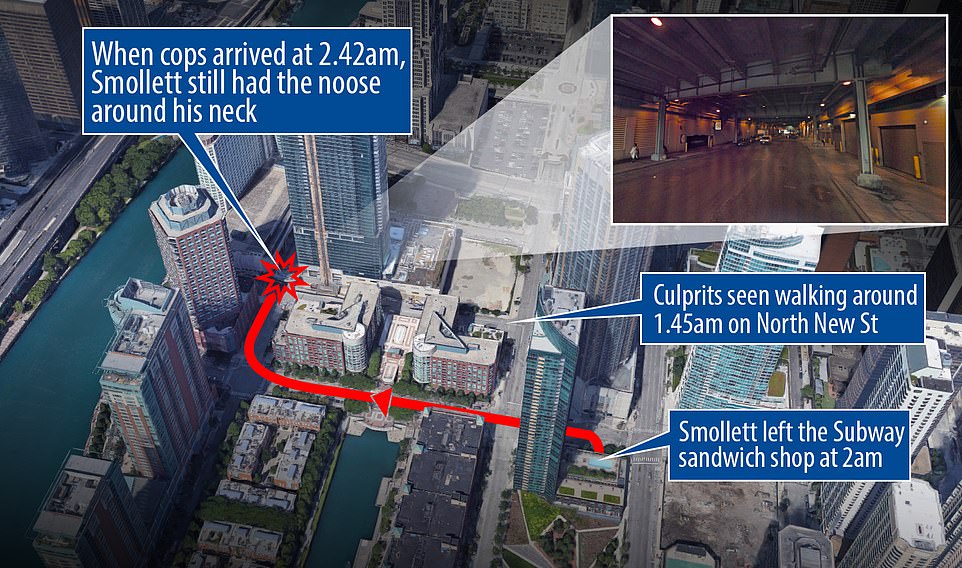 As the attack made national headlines, Chicago police vowed to investigate the incident with all its might, and celebrities around the world rushed to share their support of Smollett.

But as the police investigation progressed, leaks began from within the police department that all may not have been as it seemed.

As the controversy grew, Smollett - determined to make his case - went on Good Morning America where he cried and insisted he was telling the truth.

By then, Chicago PD had released grainy surveillance camera footage of two men walking near the scene of the incident itself which was among the only part of his journey not captured on Chicago's vast network of security cameras that night.

Smollett unequivocally identified the two men in the grainy footage as his attackers.

Neither their faces nor skin color could be made out in it.

Unbeknownst to him, while he was conducting his GMA interview, the Chicago PD was building a case against him.

They had identified the people in the video as the Osundairo brothers and had backed-up their claim that he had paid them for the attack by tracking the pair's movements in the days and hours both before and after the incident.

Smollett was eventually arrested and charged with suspicion of lying to police. 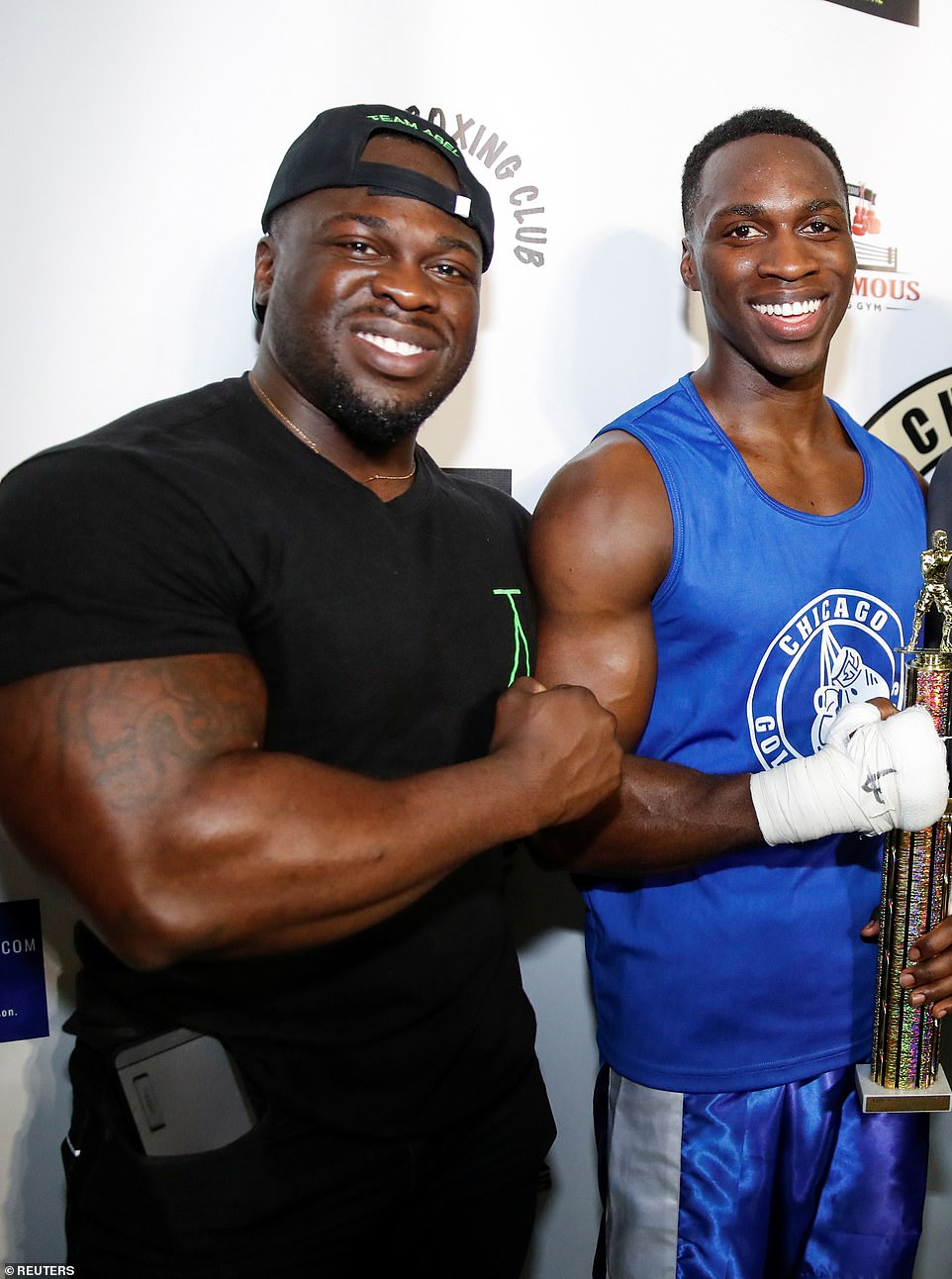 Police later identified Abel and Olabinjo Osundairo (pictured) as the two suspects, but they told police Smollett had paid them $3,500 to stage the attack in an effort to boost his public profile 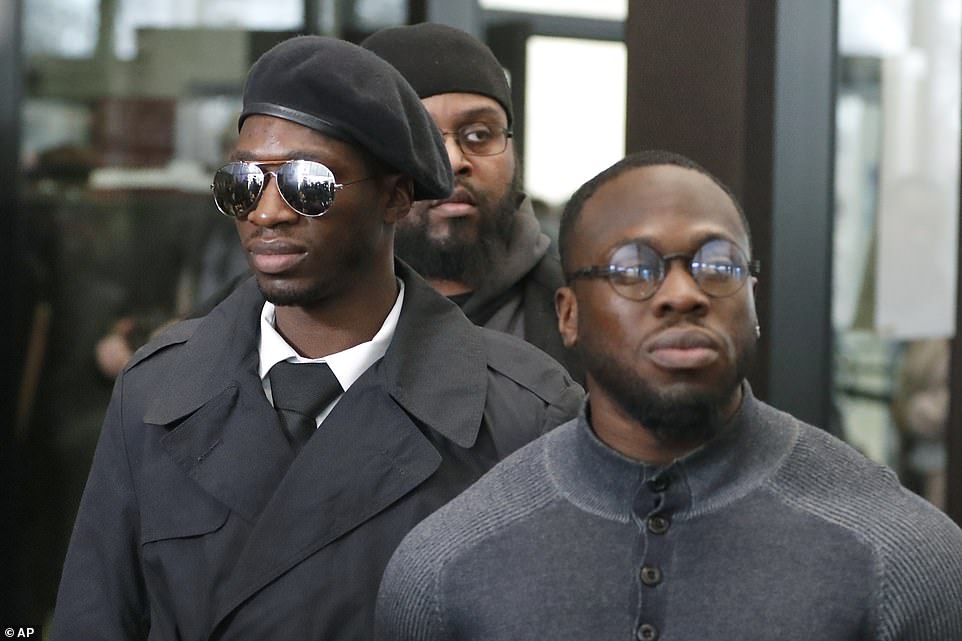 The brothers flew to Nigeria within hours of the January 29 incident and missed the media storm which followed.

When they landed back in the US, police investigators were waiting to

PREV Third of people think there'll be curbs on everyday life for at least another ...
NEXT Expectant mothers who take pain meds have higher risk of baby being harmed, ... 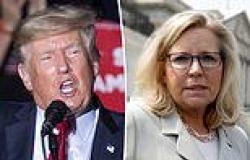 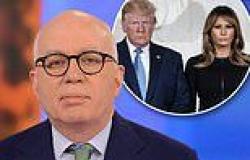 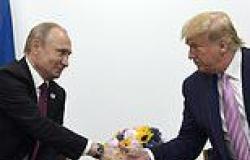 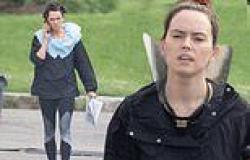 Sydney given tens of thousands of extra vaccine doses from Scott Morrison's ...

Families could get discounts and free tickets under a government-backed rewards ...

Brooke Burke mourns the loss of her brother, 44, in an emotional tribute: 'I ... 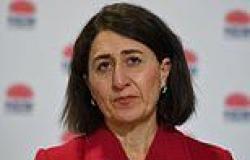 Sydney given tens of thousands of extra vaccine doses from Scott Morrison's ...