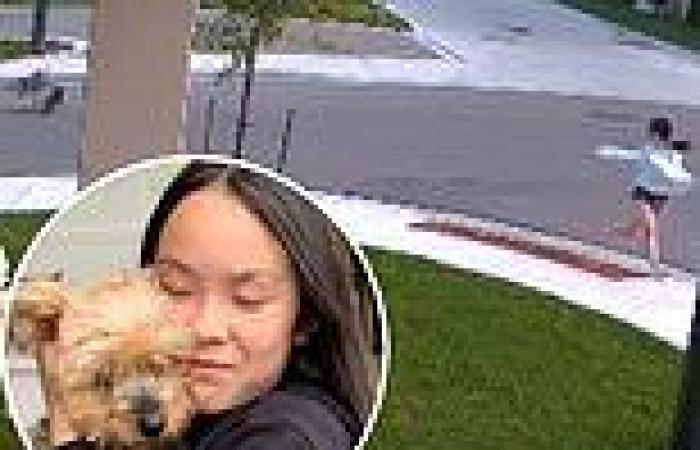 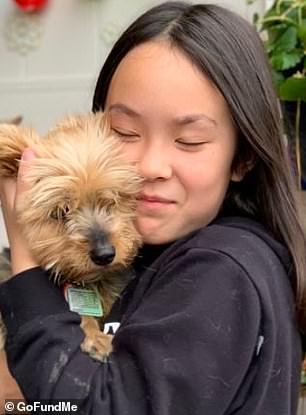 A lionhearted Yorkshire terrier fought off a coyote twice her size to protect her 10-year-old owner after it attacked them.

Owner Lily Kwan, 10, said she had just seen fliers in her Toronto, Canada neighborhood on Tuesday warning people of a coyote chasing children in the area when the animal started snapping at her heels while she was walking her dog Macy.

In footage captured by a neighbor's security camera, Lily can be seen running down the sidwalk with her six-year-old rescue dog while the coyote follows in hot pursuit.

'I was screaming for help but no one heard me,' said Lily. 'I saw this coyote trying to attack my dog and I tried to ring people's doorbells and knock on people's doors... this one neighbor let me in.' 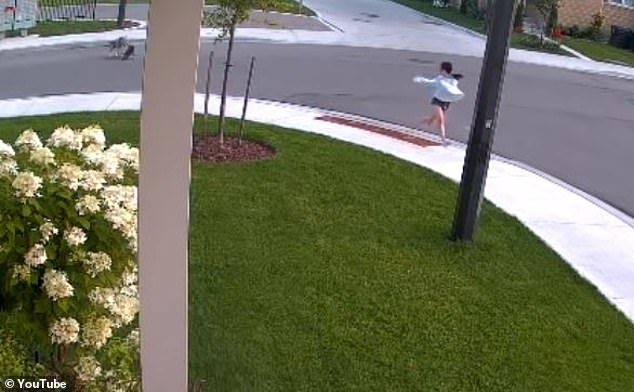 As the coyote snapped at Lily's heels, she runs toward the safety of her neighbor's porch, looking back toward the dogfight 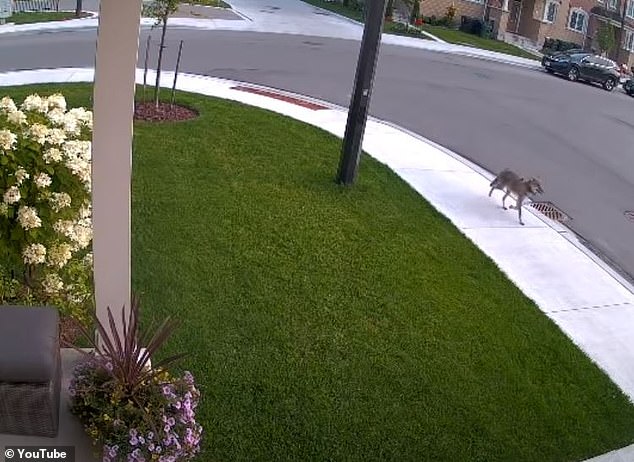 After chasing the girl and her dog all the way down the street, the coyote trotted away after a few moments of fighting 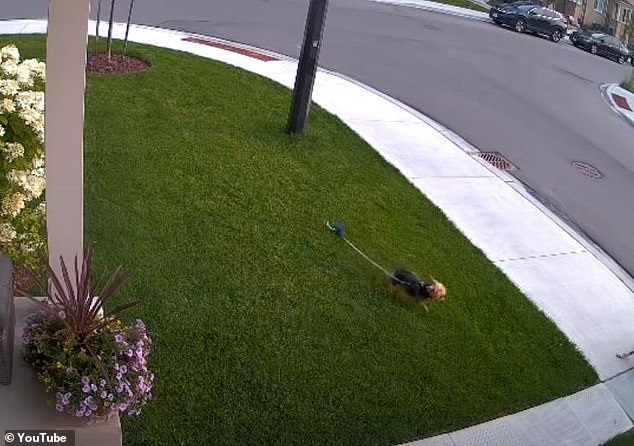 Despite her injuries, Macy chases after the fleeing coyote, making sure it's gone for good

But while Lucy made it to safety, Macy wouldn't follow her inside, instead tugging against the leash toward the coyote.

When Lily dropped the leash, the little dog whipped around to confront the coyote. After briefly screaming Macy's name,

PREV NYC firefighter who stepped over dead bodies on 9/11 forced to retire because ...
NEXT Outrage as climate warriors Bill Gates and Jeff Bezos celebrate on ...