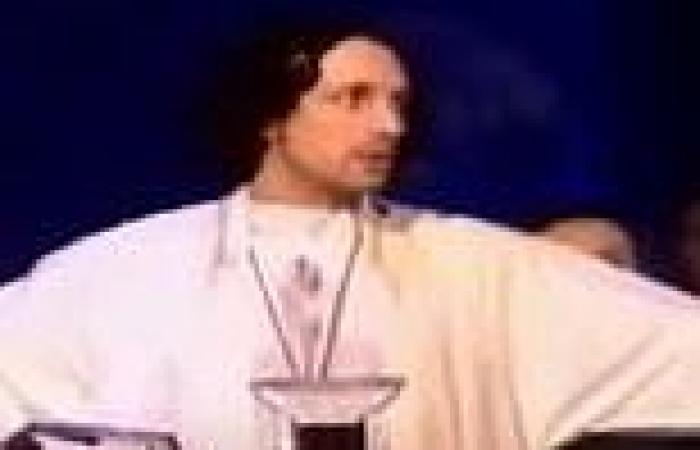 The late-night telephone calls were not at all what you would expect from a Church of England vicar contacting female members of his congregation.

Summoning selected women to his lavishly appointed home in Sheffield, the Reverend Chris Brain wanted help with what became known as ‘putting him to bed’. At the very least this meant giving him a massage, often while he was naked.

For some of his young followers, it stopped there. But for others, the encounters are said to have gone much further, with kissing and cuddling leading to intimacy described by one as covering ‘the whole spectrum of abuse’. 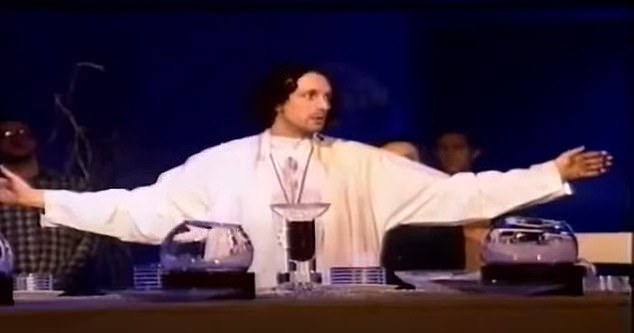 Messianic: Rev Chris Brain is said to have had ‘a desire to control others’.His every need was attended to by an inner circle of miniskirted ‘nuns’ 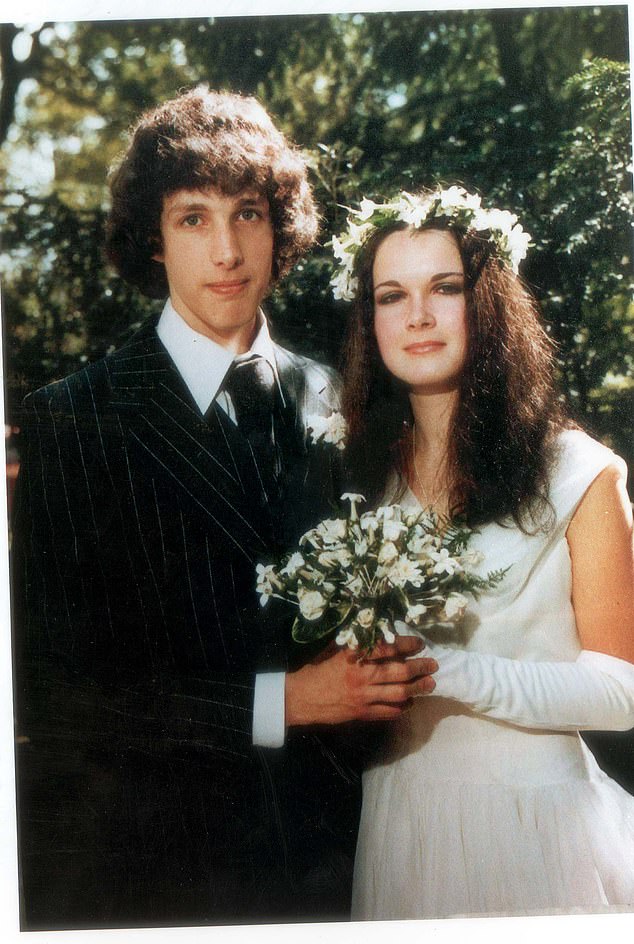 The main musical driving force in Candescence, as it was known, was his future wife Lynn, whom he had first met at school. She was two years younger than him; they married when Brain was 21. Pictured, Brian newly wed to Lynn

And Brain, a married father of one who was then approaching 40 — so about twice the age of some of his alleged victims — did not confine himself to nocturnal massage sessions.

His every need was attended to by an inner circle of miniskirted ‘nuns’. And scanty clothing was also in evidence at his rave-like Nine O’Clock Service (NOS), which began each Sunday night at 9pm for nearly a decade.

With bikini-clad dancers cavorting on stage, some technical wizardry and celebratory dance music, the Nine O’Clock Service was designed to attract youngsters more used to clubbing than churchgoing. But although it was a great success, pulling in large congregations at a time when many churches struggled to fill a few pews, NOS collapsed in 1995 after complaints about Brain’s activities.

No further action was taken against him at that time. But this month it was revealed that, following the emergence of the MeToo movement, the Church has recently been contacted by women who gave ‘harrowing testimonies’ about their experiences at his hands.

It is thought dozens of others are preparing to come forward with allegations of sexual exploitation and psychological abuse; and church authorities are braced for a flood of claims for damages.

The Right Rev Pete Wilcox, Bishop of Sheffield, has said these claims are being taken ‘very seriously’.

The law firm representing the alleged victims has advised them not to give interviews about their experiences at this stage — but a disturbing foretaste of the sort of details that might emerge can be found in two damning exposés of the activities of Brain’s church at the time.

One was a BBC Everyman documentary called Breach Of Faith. The other was The Rise And Fall Of The Nine O’Clock Service, a book by investigative journalist Roland Howard, who described Brain as ‘a man who had, according to many, a megalomaniac desire to control other people’.

The alleged victims of his cult-like movement were all the more angry because senior clerical figures including George Carey, then Archbishop of Canterbury-elect, gave Brain their full backing, fast-tracking his ordination and providing financial support for the services that managed to lure in so many young clubbers.

Brain knew that demographic well. Born in 1957, he was from Harrogate, North Yorkshire, where his father was a photographer who was also said to have run a modelling agency, leading Brain to boast that he spent his childhood surrounded by beautiful women.

Leaving grammar school with indifferent exam results, he embraced Christianity soon afterwards, claiming God had told him to start a rock band to show young people that you didn’t have to be ‘square’ to become a believer.

The main musical driving force in Candescence, as it was known, was his future wife Lynn, whom he had first met at school. She was two years younger than him; they married when Brain was 21.

In 1978, the Brains and the rest of the band moved to Crookes, a suburb of Sheffield known for its student population. There they began attending St Thomas’s, a church where Brain’s growing influence led to him being invited to hold the first Nine O’Clock Service in 1985. 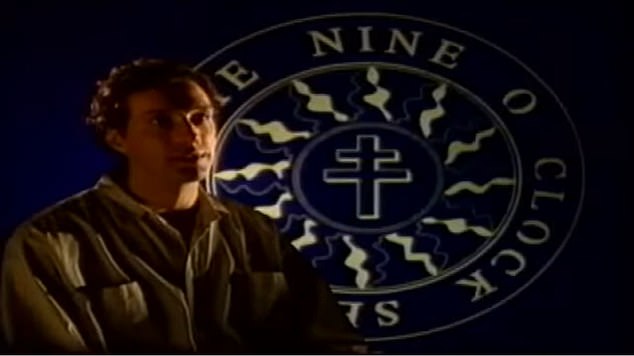 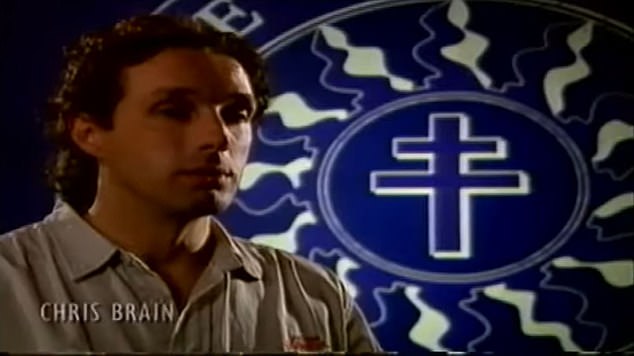 The service and the group associated with it grew to national prominence, but the service was stopped in 1995 following allegations of sexual and emotional abuse

The NOS congregation grew rapidly. By 1988 there were 400 members, with alternative-looking youths dressed in black queueing down the street to enter. But the church authorities really started to take notice in 1989 when David Lunn, the Bishop of Sheffield, welcomed 100 young people into the church at one NOS confirmation service alone.

But even back then, there were disquieting signs. One former NOS member, identified only as Sarah, told the BBC how Brain sat next to her throughout that ceremony, whispering questions about what she was wearing underneath her cassock.

In 1990 he was invited to meet George Carey, who was about to become Archbishop of Canterbury. He told Brain he would like to see a Nine O’Clock Service in every town and city in Britain, and invited him to contribute to a book he was writing about modern evangelism.

It was also decided that Brain should be ordained in two and a half years, instead of the usual four.

With his star in the ascendant, Brain then began to adopt a lifestyle more typical of a U.S. televangelist than an Anglican vicar in training.

There were allegations that he required members of the congregation to cut themselves off from friends and family. And there is no question that they were required to donate a proportion of their income to NOS’s coffers, with some even remortgaging their homes and donating their savings to the cause.

When Brain and his wife moved into a large Victorian townhouse in the city, one NOS member called upon to help decorate it recalled his surprise at the expensive fittings and the amount of trouble taken over the smallest detail.

‘Countless hours were spent finding the right pedal bin for the kitchen. It was colour co-ordinated, easily the plushest house I’d ever worked on.’

It was to this house that Brain summoned his late-night masseuses. One, 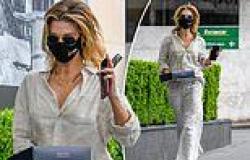 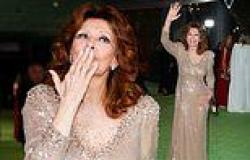 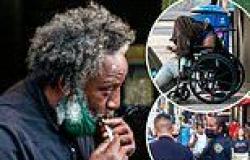 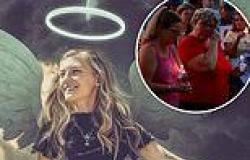