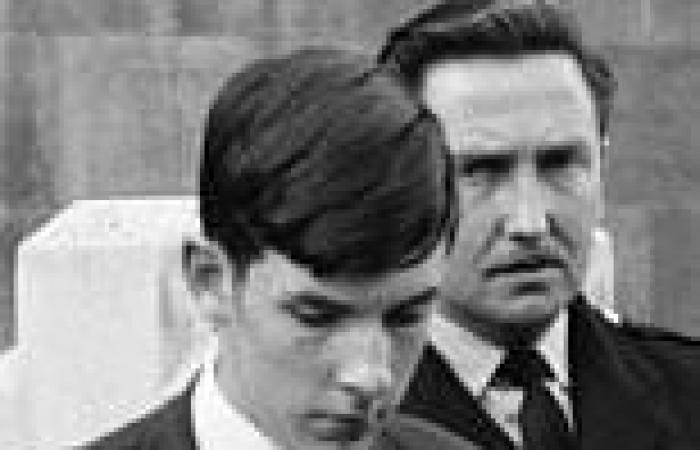 Everyone in the public gallery of Court No 1 of the Old Bailey leaned forward to watch as the diminutive figure of a 14-year-old boy, dressed in a school blazer and grey flannels, stepped into the dock. He is pictured in June 1962

Everyone in the public gallery of Court No 1 of the Old Bailey leaned forward to watch as the diminutive figure of a 14-year-old boy, dressed in a school blazer and grey flannels, stepped into the dock.

They listened intently as barrister Edward Cussen outlined the extraordinary circumstances behind the case against schoolboy Graham Young – that over several months he had used two poisons, antimony and potassium tartrate, on his father and had laced his sister’s tea with belladonna, the toxic extract of the deadly nightshade plant.

His motivation was that he had a ‘strange and dangerous interest’ in poisons and wanted to observe their effects. Indeed, his victims were all very fortunate to be alive – Graham’s father, Fred, had been left with permanent liver damage.

Thankfully, the Old Bailey heard, there were no suspicions over the death of his stepmother Molly as a post-mortem had concluded it was due to natural causes and she had duly been cremated.

According to Graham’s police statement read out to court that July day in 1962, he claimed: ‘The doses I was giving were not fatal, but I knew I was doing wrong.’

Psychiatrists warned it was likely that Graham would poison again, and recommended he be incarcerated in Broadmoor – its youngest patient since 1885.

Led to the cells, Graham gazed at the ceiling of the most famous court in England and privately exulted.

Because despite the combined investigative power of doctors, police, forensic experts, remand centre staff, psychiatrists and legal brains, the youngster (called ‘Boy Poisoner’ by newspapers) had concealed his greatest secret… the evidence having literally gone up in smoke. He had committed the perfect murder – and it would not be his last.

Poison had always been Graham’s passion. He borrowed countless library books on poisons and poisoners to read at his home in Neasden, North-West London. Once, following a playground tussle, he secretly put grains of lead acetate on another boy’s biscuits and cakes, and watched with fascination as he vomited and suffered sharp stomach pains.

Graham had amassed a lethal collection of poisons – including antimony potassium tartrate from a pharmacy after convincing staff he needed it for laboratory work.

He began experimenting at home and it was not long before his stepmother Molly began to have frequent attacks of sickness, diarrhoea and excruciating pains. His father, too, was beset with crippling stomach pains.

A persistent virus seemed the most likely cause. Graham himself was sick on occasion – after making himself ill to deflect suspicion, or accidentally ingesting poison.

His older sister, Winifred, largely escaped his evil attentions because she often ate with her boyfriend’s family. However, once, Graham was able to add a small quantity of belladonna to her half-drunk cup of morning tea. Winifred abandoned it after a few sips because of the bitter taste. Even so, she became dizzy and was taken to hospital where poisoning was diagnosed. 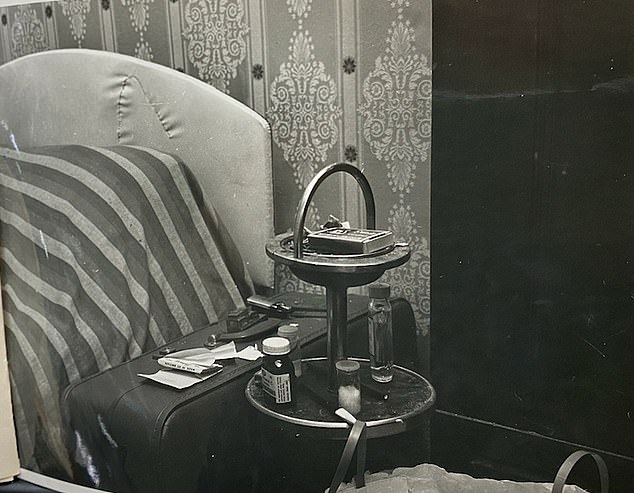 Psychiatric reports provided a damning picture of a young mind at war with itself, and an obsession with poison that overrode everything, including familial bonds. Graham Young's bedroom at Maynard Road is pictured above

Remembering the bitter taste of her morning tea, she wondered if her brother had used it in his experiments – but it never crossed her mind that he might have done it deliberately.

However, within months of this incident, their stepmother Molly’s health deteriorated rapidly.

Graham was solicitous, looking after her and even fetching medicine from the chemist.

The doctors were largely stumped, putting it down to a bus accident which had damaged her spine.

In truth, Molly’s symptoms were entirely due to the thallium Graham had been adding to her food and drink. Thallium was virtually unheard of as a poison back then but a new Agatha Christie novel, The Pale Horse, had a villain who administered thallium and his victims suffered such strange ailments that they seemed to be supernaturally cursed – like Molly.

Although Molly had endured such a relentlessly systematic campaign of poisoning that her body had built up a resistance, she had pins and needles in her limbs and was admitted to hospital with suspected polyneuritis – damage to the nerves which causes burning pain, numbness and weakness.

Graham appeared distraught. He must have been delighted when the post-mortem identified ‘compression of the spinal cord’ and ‘disc prolapse’ as the cause of death – linked to Molly’s bus accident. It was the perfect murder.

With Graham’s father suffering more severe vomiting and diarrhoea, the family doctor, Lancelot Wills, believed it was brought on by the death of his second wife.

But further investigations revealed traces of antimony in his urine and arsenic in his blood. 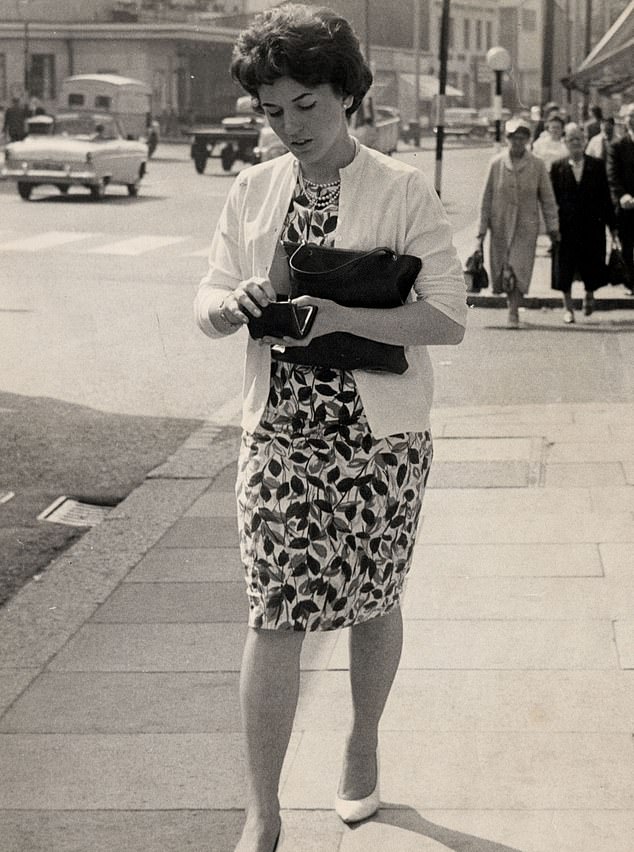 His older sister, Winifred, largely escaped his evil attentions because she often ate with her boyfriend’s family. However, once, Graham was able to add a small quantity of belladonna to her half-drunk cup of morning tea

Ultimately, the police were alerted to Graham after a teacher found bottles of toxic substances, along with notes on infamous poisoners and macabre sketches in his desk.

After the headmaster spoke to the boy’s family doctor and discussed the mysterious illnesses plaguing them, it was agreed the police must be called. Much to his family’s shock, Graham was arrested and charged.

Psychiatric reports provided a damning picture of a young mind at war with itself, and an obsession with poison that overrode everything, including familial bonds.

One report said: ‘He describes the administering of poison rather as an adult might describe a chemical experiment which took place in a laboratory unconnected with human victims.’

During the family’s first visit to see Graham in Broadmoor, his cousin Sandra said he made a sudden revelation.

Without emotion, he said: ‘I gave Molly 20 grains of thallium the night before she died. I put it on a trifle. I knew she would die the next day because I gave her so much.’

Confronted with this appalling testimony, the family felt Graham was mentally ill and would

PREV Millionaire WINS £120k payout from ex after she banned him from £1.6m home ...
NEXT Outrage as climate warriors Bill Gates and Jeff Bezos celebrate on ...